Language
Getting that classic vocoder sound is cool, but Morphoder is capable of so much more! Read on to find out how to get the most out of Waves' vocal processor.Â

A vocoder needs two things to work: a carrier and a modulation signal. In this example the modulator is going to be a vocal sound, and the carrier will be a synth contained inside Morphoder. You can vocode live by routing an input track like voice or guitar through a vocoder in real time, but here I’m using a pre-recorded vocal part. It also makes sense to loop up a section while you work on your setup so you’re not running into areas of silence. Then, load an instance of Morphoder as an audio insert on the audio track containing the vocals. 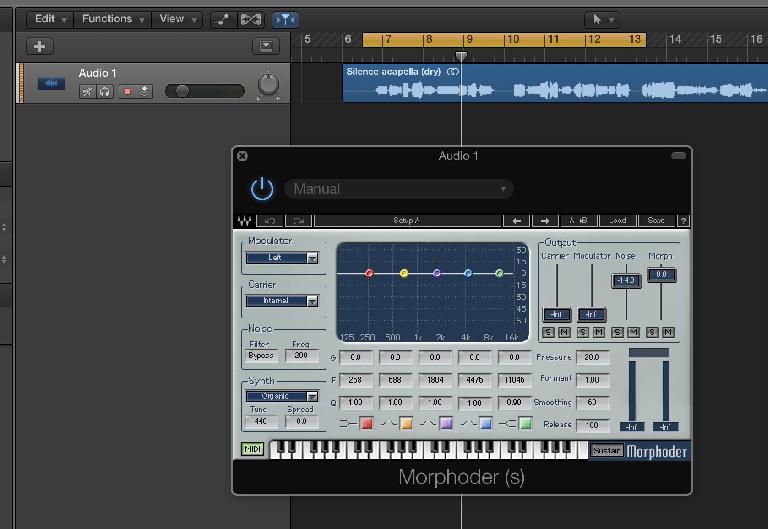 The initial, blank template in Morphoder will have the effect of turning a vocal into a deathly whisper, because you’re stripping information out of the source signal without having yet reassigned any new parameters to generate a new sound. You can just fire up a preset of course, but I’m going to try creating a patch instead. The first thing to do is to use the keyboard to input some new note data using Morphoder’s internal synthesizer. You can do this using the onscreen keys or a hardware keyboard, and if you press the Sustain button on the plug-in, the notes will remain held down to create a consistent effect. This is the way a vocoder works at its simplest: using a voice signal as the ‘shape’ to play synthesized tones, as assigned by MIDI keys. You can hear it’s already a much richer sound. 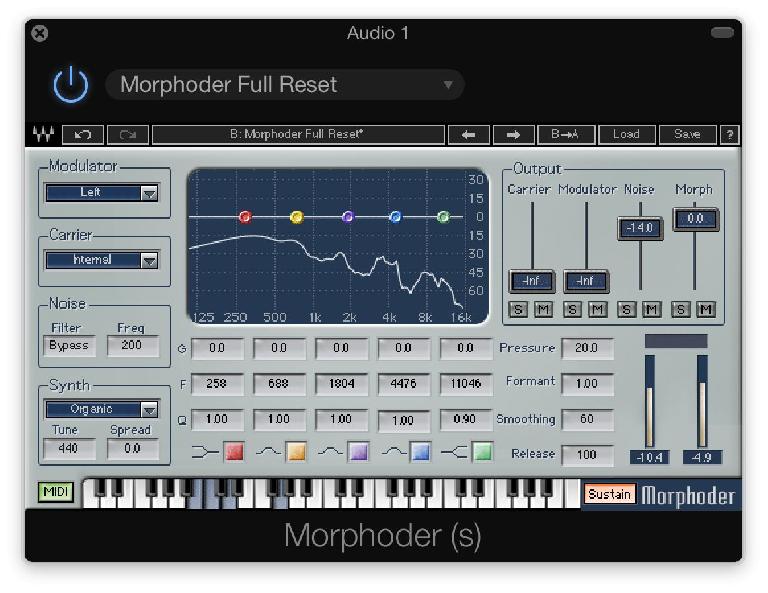 3. Get to Know the Filters

The section in the middle of the plug-in controls filtering and these five filters can be manually adjusted using either the colored dots or the Gain, Frequency and Q boxes beneath the readout. Each band can also be switched on or off. The idea here is that by filtering more heavily you can create a more muffled sound and by pushing filters upwards, a more resonant one. By blending several bands doing different things you can selectively mute or accentuate different parts of the frequency spectrum and so affect how the vocoded sound is produced. 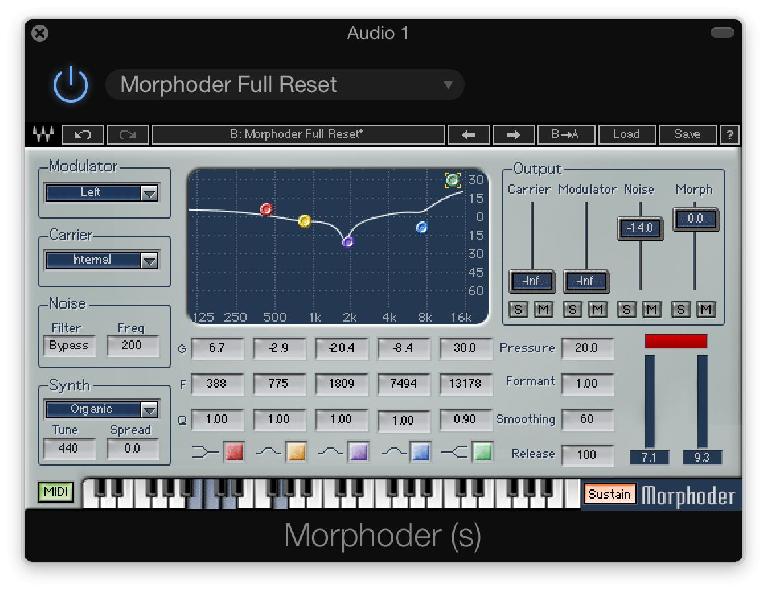 The synth model being used to generate sound also has a huge bearing on the output of a vocoder. In this case, clicking on the Synth menu reveals a number of different models you can use, each with a different character. Some are more evil, some more dreamy. It’s also possible to manually detune the synth using the Tune controls here. As with any part of the vocoding process, changing the MIDI notes you’re using will affect the overall sound. Some synth models will work better with chords, some with very high notes and some with low notes. 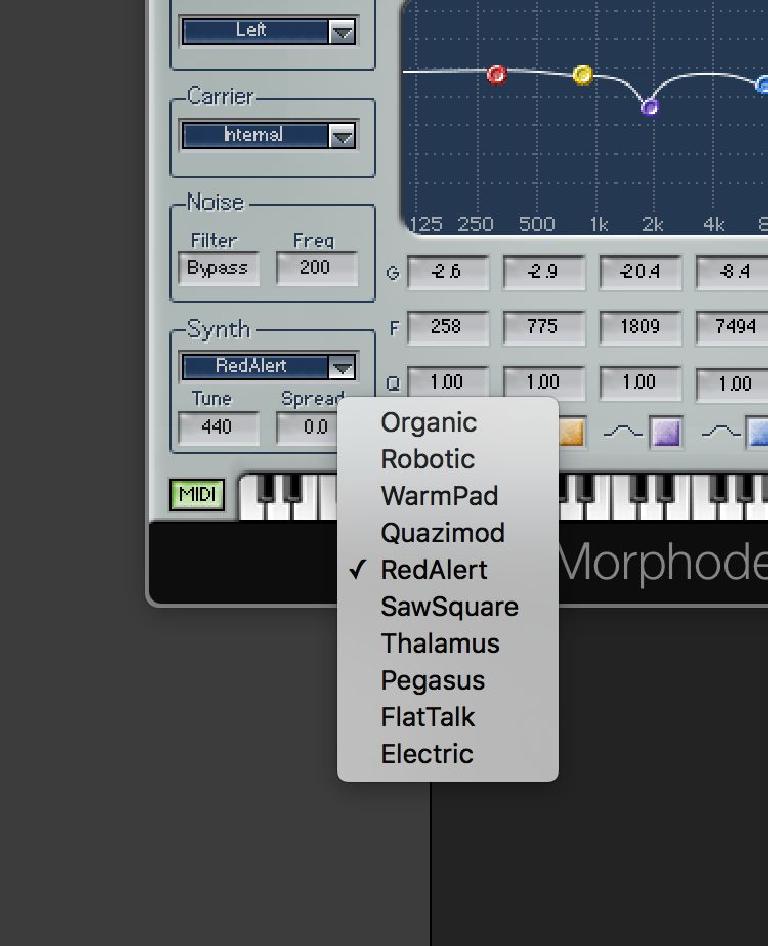 The Output section can be used to control how much of each part of the signal is actually present at the end of the chain: a sort of mixer. To get a pure vocoded signal, turn the Carrier, Modulator and Noise sliders down to the bottom. Now, the filter section becomes especially important because it’s controlling all of the frequency spectrum, with none of the original vocal getting through. So you can use the colored points to really shape the sound. You will find that if you start to bring the Carrier fader up, some of the raw synth signal gets introduced. Do the same with the Modulator slider and the original vocal starts to become audible. The Noise slider introduces more harsh noise the higher it goes and the Morph slider controls how much vocoding is applied. With the original signals muted, Morph acts almost as a volume control since the vocoded signal is all that’s getting through. 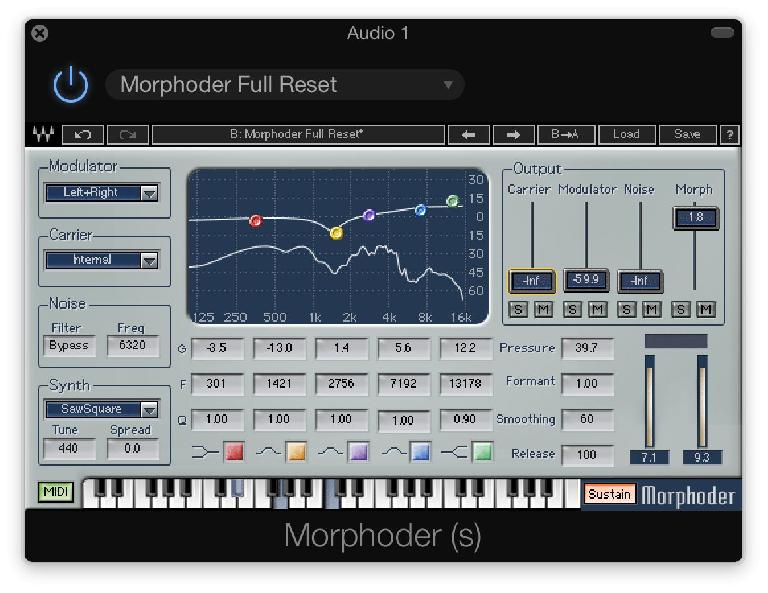 You can get pretty extreme using the controls just to the left of the level meters. By “extreme”, I mean achieve some heavily vocoded special effects in ways other than just making a robot voice. The Pressure section here controls the forcefulness of the vocoding process, so higher is more forceful. The Formant box lets you mess with the shape of the sounds inside the vocal signal. Push this, and you can exaggerate the vocal sounds, making them more cartoon-like and artificial. Lower it, and you make the style more subdued. Formants aren’t about pitch so much as the shape of sounds, just like you have to shape your mouth differently to make silly voices. The Smoothing box lets you iron out changes between words for a smoother effect, or a more disjointed effect if you push it the other way. The Release box can make the vocoder effect linger between words if set high, or cut off more abruptly if set low. 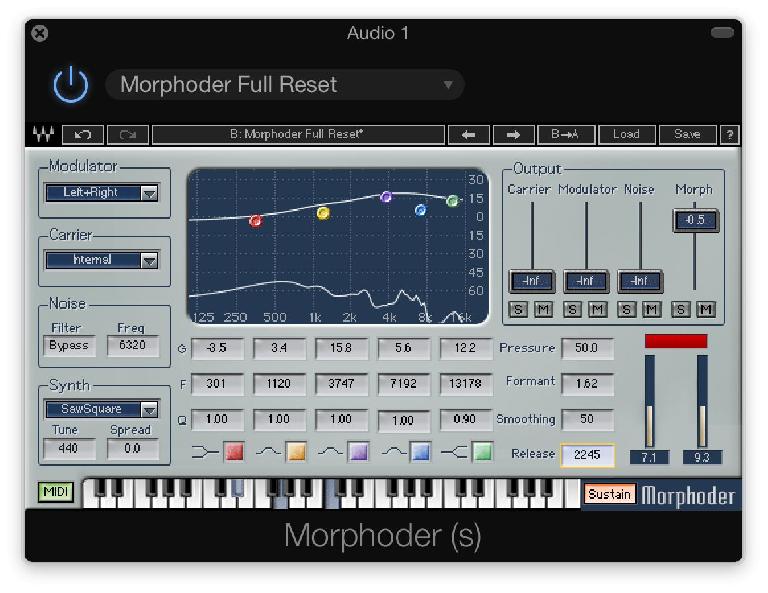 Having a static vocoder setting is fine but what’s more useful is the ability to “play” a whole new vocal melody or chord sequence and have it played back to you. The way to do this is to create a new MIDI track in your DAW and assign its output to the Morphoder, which should appear as a MIDI destination. With a MIDI keyboard attached to the MIDI track you will find that you can play back the project and now enter new notes and chords on the fly. 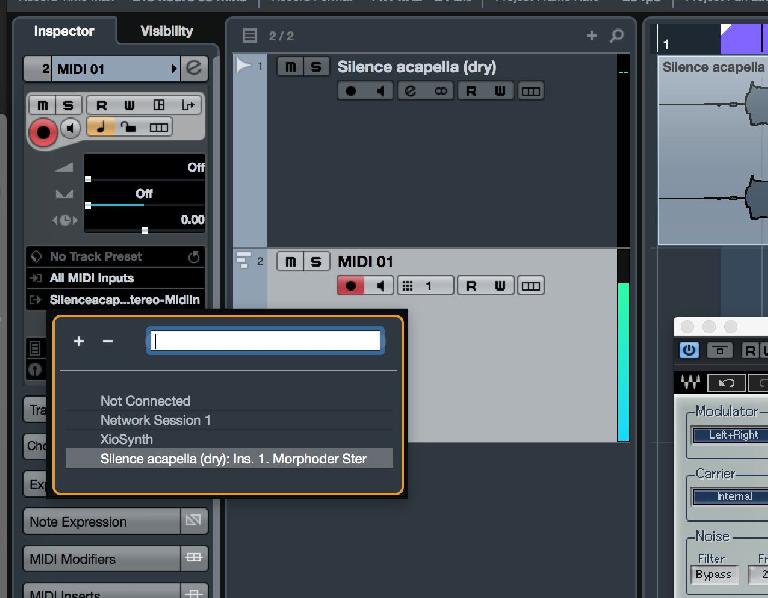 You could either record a MIDI part to use as the basis for vocoder melody and chords, or import a MIDI file to achieve the same thing. Either way you can edit and quantize the MIDI part just like you would normally. The difference here is it’s not triggering a regular instrument but rather telling Morphoder what notes to use to synthesize the vocal. The cool part is, this lets you be completely flexible with replaying the melody of a vocal part. Since the pitch information is essentially stripped out and then re-added by you, you can make it whatever you want. The fact that it’s all MIDI-controllable means you can create very intricate, tempo-synced changes which are perfect for fast-paced EDM vocal effects.

Learn more about Morphoder on the Waves website here.