Virtual Reality Synths: Does This Video Show Us The Future Of Music Production?

Language
There's something really compelling about this video of a music production environment in a virtual reality world. If you have an Oculus Rift CV1 then this should provide ideas and excitement.

The recent trend for music and audio production has been back towards hardware. Sometimes it feels like a pendulum, swinging between hardware instruments and controllers back to touch screen devices and music software.

But, the next big thing for tech seems to have finally caught up with the ideas from the 90s film, Lawnmower Man. Well, hopefully not quite. Either way, we’re talking Virtual Reality. We’re talking Oculus Rift. We’re talking Leap Orion. All technology that is available now. And it’s so new many of us aren’t yet sure what we want to do with it.

Developer, Sander Sneek, however has been creating a virtual reality soundscape every synthesist and producer would be happy to inhabit.

Watch the Soundscape WIP in action:

As he says according to MatrixSynth, “For the last couple of weeks, I have been working on the CV1 + Orion integration in Soundscape. I am pretty much blown away by the new tracking capabilities of the new Leap Motion Orion SDK.” 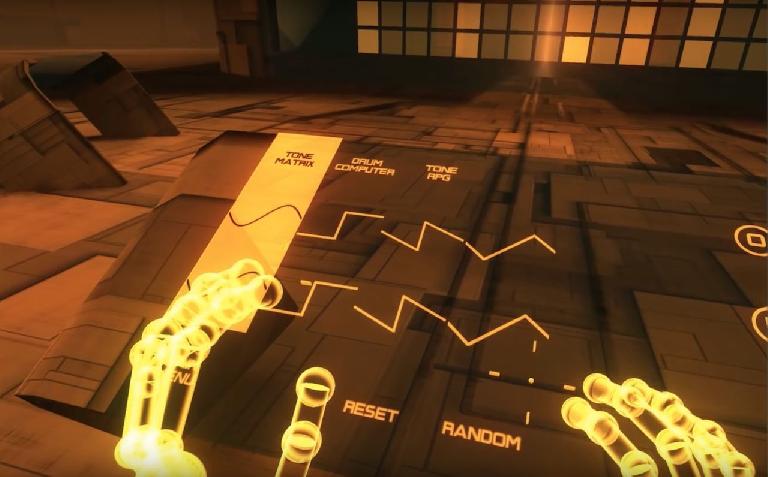 And judging by the video demo Sneek created, it looks like a pretty cool concept, and one I imagine would lead to a completely immersive state of production. Personally, I prefer being able to glance out of the window, look up at the clouds, etc when producing. But, who says you won’t be able to do all this whilst inhabiting an Oculus Rift driven “reality” in the future.

It brings new meaning to the concept of a virtual instrument... (sorry, couldn't resist!)