Software is great but there are many reasons why some people still prefer - and will pay a hefty premium for - real hardware drum machines, particularly vintage ones. Here's why.

Owning a Piece of History 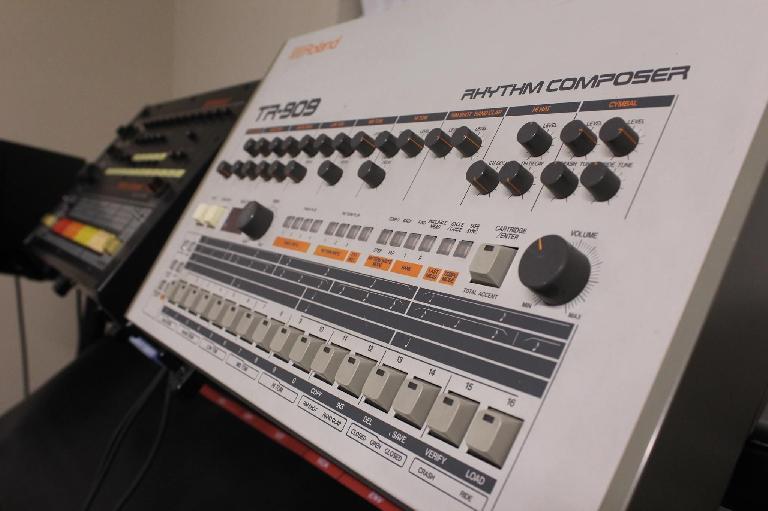 Do you ever wonder what would posses someone to pay $4K+ for an Analog Drum Machine? That’s how much the Roland TR-808 and TR-909 are going for right now. Yes, everyone always dreams of owning a piece of history, but what makes someone actually cough up all that cash? Roland has been listening to customers a lot lately and making replicas of these classic drum machines. With the Boutique Tr-08 and Tr-09 we get collector's items with ACB Technology that could suffice for the average bedroom producer, but to an analog purist a simple boutique remake isn’t enough. Other companies have tried to replicate the analog circuitry of these machines, like Acidlab with their Detroit (909 Replica) and Miami (808 Replica) and they have been successful to some extent, but people would still rather pay up and have the original thing than a replica, which is understandable. 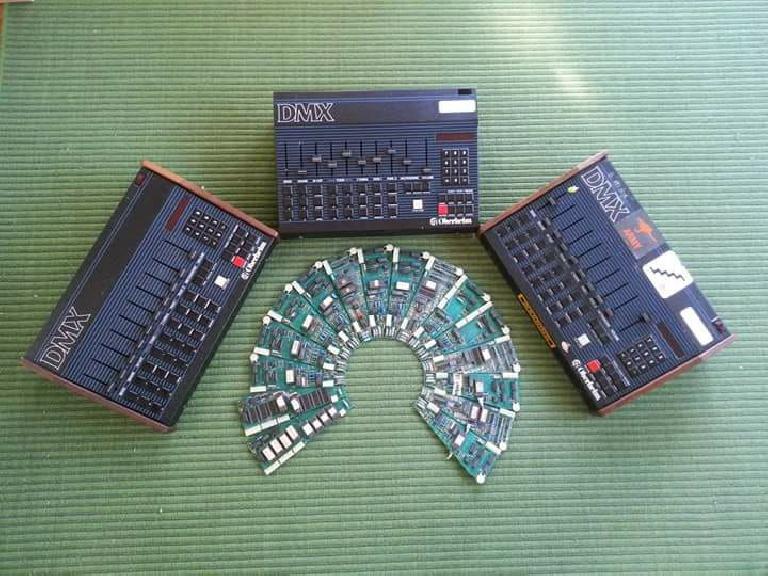 Let’s be honest, to most of us owning a Classic Drum Machine is more of a distant dream than an actual goal. We’re not filling up our piggy bank in hopes to one day bring one of these babies home with us, and $4k could buy A LOT of studio gear for the average musician. But what about the “not so average” musician who already owns 30k in Modular gear? Even though they could easily replicate a lot of the sounds you will find in a classic drum machine and a lot more they’re not going to get that workflow they might be after, no matter how good of a sequencer they have. I think a lot people still prefer these classic machines not only for the sound, but for the build, for the limitations, and mostly for the bragging rights that come with having one in their collection. 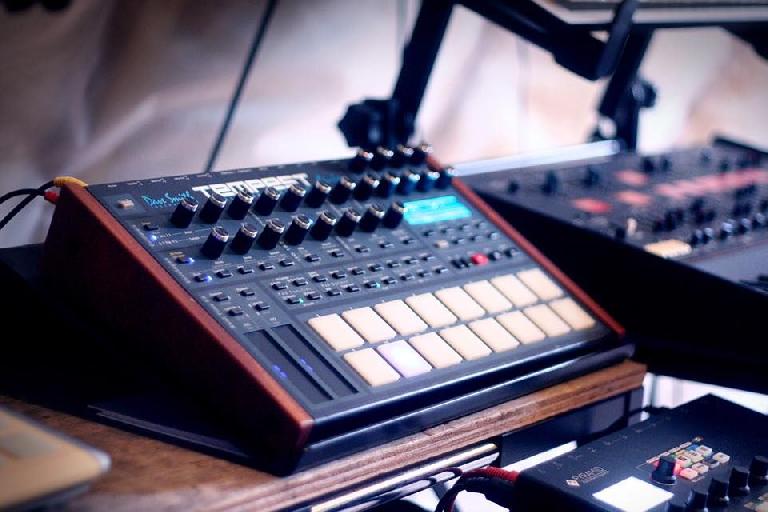 When we look back at all the amazing drum machines that have impacted so many genres over the past few decades we see that the definition of “Drum Machine” goes far beyond that of simply “a machine that makes drums.” Of course that’s their main purpose, but think about the creator of a specific instrument and how they crafted that piece of machinery with a certain idea in mind of how they wanted the user to interact with it. Everyone that picks up a drum machine is going to create something different on it and use it in a different way; molding, shaping a beat into something so recognizable and movable that it becomes a staple for a certain genre. Plenty of drum machines have done that. As an electronic musician I often find myself listening to music, trying to figure out what kind of kick or snare they’re using, how much decay, sustain was used on certain instruments etc. I wouldn’t have that visualization if I hadn’t experienced it first hand with hardware. 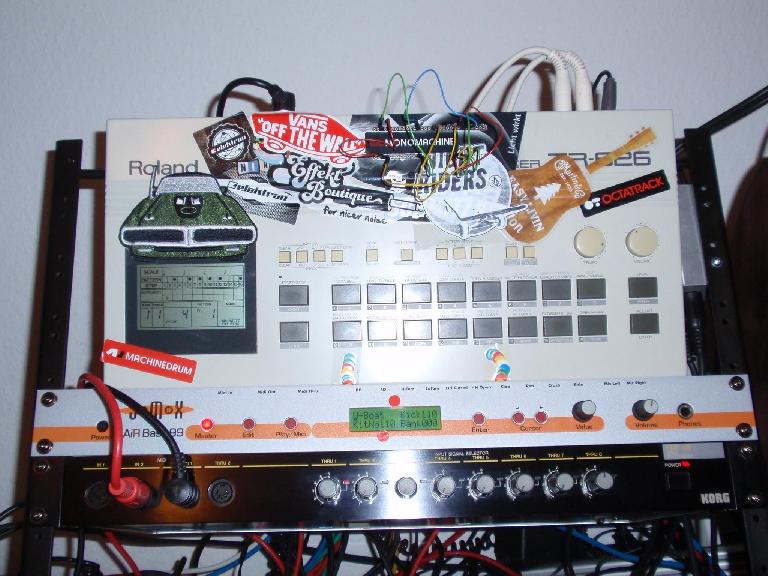 The most boring argument in existence is that of Analog vs Digital and here’s why. When people say they can hear the difference between Analog and Digital in a finished track, it’s just plain bogus. It’s silly to focus on which machine was used to create that sound because now a day it’s impossible to differentiate between an overly processed recreation of a sound and one that actually came from an Analog source. The funny thing is, most of the sounds coming from an Analog source have to be drowned in effects just so they don’t sound so dry and plain, even famous tracks which used an original TR-808 went through a lot of processing.

Does this mean that owning a dedicated drum machine is unnecessary? Of course not. You can manipulate a sample to reproduce certain characteristics of a drum machine and have access to all of those parameters and more, but once you load up another sample you’ll immediately lose that connection with that kit. With dedicated hardware you’re always learning. Learning to program, learning to perform, ultimately creating a connection between you and that instrument, which is something very difficult to achieve with a VST.

An Interface Made Just for That Instrument 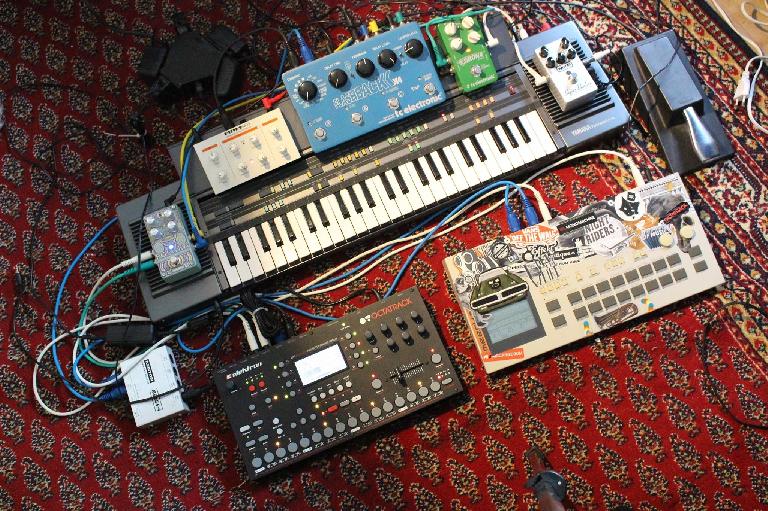 Your sample library is probably full of classic sounds, and they sound great. Nothing wrong with loading up a drum rack in your favorite DAW and drumming away, what could you really be missing out on by not having an actual drum machine?

The thing is, for a lot us keyboardists, guitarists, etc a mere backing track would do most of the time. But what about those that want to have control over drums without having to think about scrolling through a thousand kicks, going back and forth between which style of 808 sounds better with those hats, searching for the perfect snare: soon to realize you’ve fallen into the trap of using the same samples over and over again, and now your music sounds over quantized and lifeless. Having a drum machine means if you don’t like the way that kick sounds you’re going to have to sculpt it into something that you do like, and you’ll do so by following your ear and going with your instinct instead of getting lost in the endless scrolling of .wav files. Limitations force creativity, they bring out the best of you.

MIDI Controller VS The Actual Thing 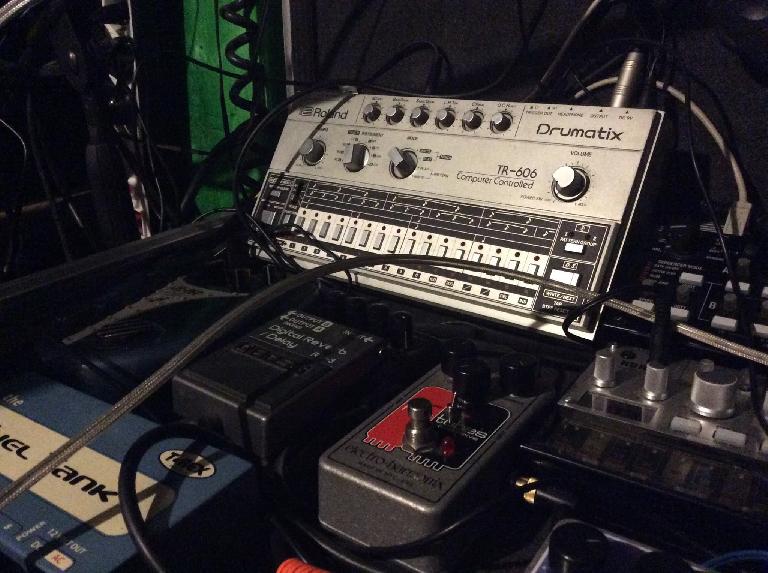 There’s plenty of worthy MIDI Controllers that are meant to work with specific software making things a lot smoother for the user - companies that make hardware that interacts with their own software are always after the same thing: making it feel more like an instrument. But the truth of the matter is that with a MIDI Controller alone you’re always going to feel like you're filling an empty canvas, when you reach out for tools you might find yourself overwhelmed and filled with uncertainties, you have way too many options to scroll and navigate through before you actually get to the step of creation. That process of “setting up” alone diminishes the time and energy you spend actually creating something.

Even though a lot of us will probably never see a TR-808 or TR-909 in person, we can still appreciate why people long for them even in this age of music where we have been desensitized and over gratified with recreations.

"JAde Wii is a self-taught keyboardist, guitarist, cellist, and Dawless Jammer. JAde has been creating music for over 10 years, but only recently has she become a synth enthusiast, and what a journey it has been for her. She enjoys to explore the realm of composition without a Digital Audio Workstation, which is becoming more and more ..." Read More

ivandub
I think "bragging rights" pretty much sums it up!! :-)