Rode’s Wireless Go microphone system was a hit when we reviewed it back in 2019. (https://ask.audio/articles/review-rode-wireless-go-and-lavalier-go). And now the Australian company has raised the bar again with the second generation of Wireless GO, which has a seriously beefed up and expanded set of features. Rather than compare the two, I’ll focus on the remarkable capabilities of this new model.

The Wireless GO series is designed to solve a common problem when recording video and audio using smaller devices like DSLRs or iPhones. You want your audio recording gear to be as small as possible and preferably without wires, while maintaining maximum fidelity. The Wireless GO II achieves that, and much more besides. You get a receiver unit and two transmitters, up from one in the first generation. The build quality is excellent and they are very light. Each module charges over USB-C with a battery life of 7 hours and in the box are three USB-C to USB-A cables so you can charge all modules at once. Obviously you can use a USB-C to C cable to charge too, but Rode presumably figured there are still more A than C format ports and chargers out there. 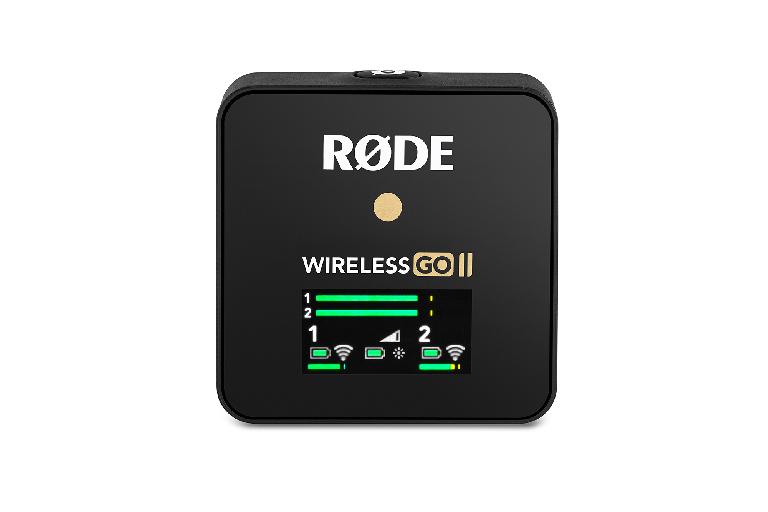 Also in the box is a TRS to TRS audio cable for connecting the Receiver unit to the audio input on a camera or other device. You can also connect it to your computer over USB so it acts as an audio interface, at which point its TRS audio out becomes a monitoring port for headphones.

You can also connect it to USB-C devices like iPad Pros and many Android phones with the optional C to C cable or one you already own, and via an optional Lightning cable, to an iPhone. Three small wind shields are supplied and these click into place on the two Transmitters’ microphones - the third is an emergency spare. All three modules have clips on the back for attaching to clothing and these double up as hotshoe connectors for cameras, so they can sit snugly on top. 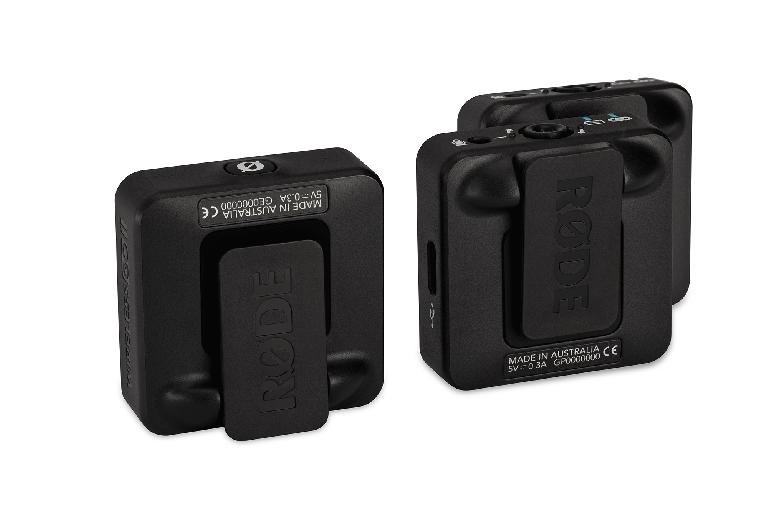 The units come pre-paired and to begin with you download the free Rode Central app for Mac or PC and connect each module in turn, whereupon you may be prompted to update their firmware. The app provides access to the whole feature set. When you connect the Receiver you can set up backlight on/off, fine or coarse Gain mode (a simple low / med / high or 30dB of steps), mono or stereo mode and Safety Channel on/off which we will discuss in a moment. There’s also the option to use one of the physical buttons to add markers to recorded files. 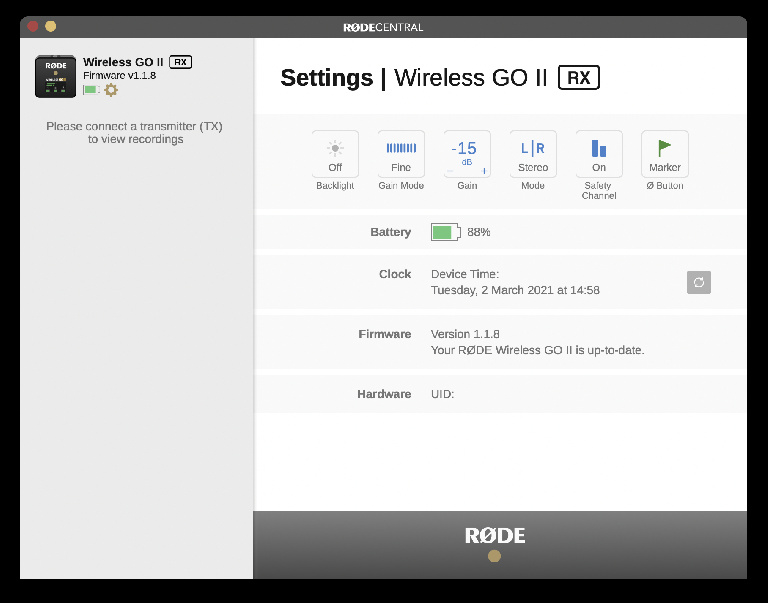 Recorded files? Yes! Because that’s another of the system’s cool new features. Both Transmitter units have inbuilt flash storage. Connect them to the app and you can activate Record mode which means as soon as they are paired they begin recording internally using either compressed audio with space for over 40 hours, or full quality WAV for seven hours. This is in addition to the signal they are sending so you basically get a second copy in case there are problems with signal, levels or recording on the Receiver end. You access recordings by connecting over USB to the app from where they can be played back and exported. It even inserts flags where it has detected any pops or clipping. 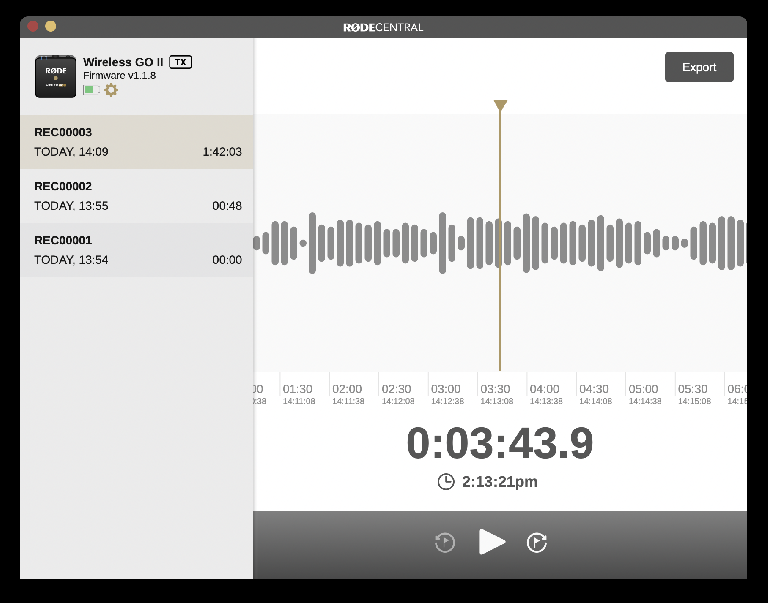 I mentioned a Safety Channel - when activated on the Receiver, this makes the record-enabled Transmitters in “merged” mode (recording both to a single summed file) capture a second stream at -20dB. This means that if your signal peaks unexpectedly you can use the safety take in post, which is the same signal, just recorded quieter. It could be a real life saver in many recording situations. 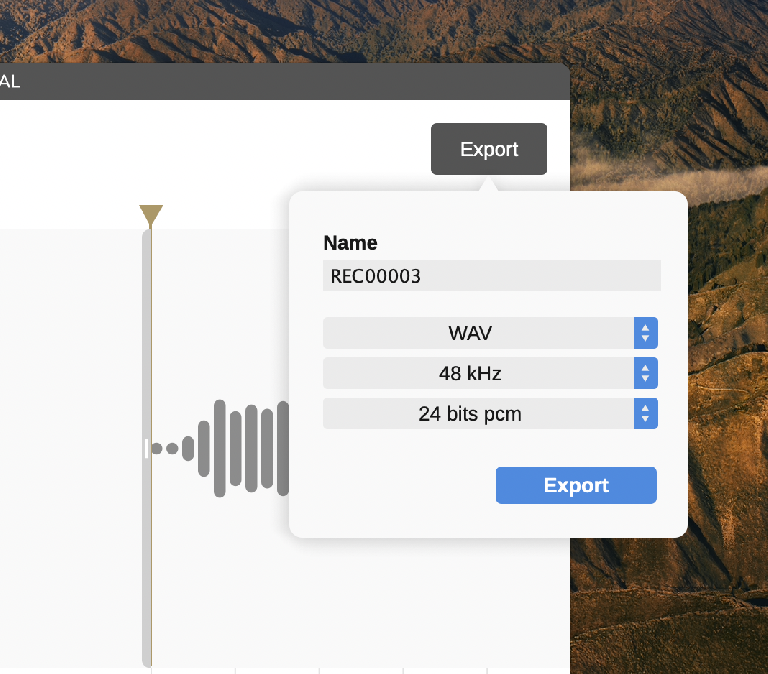 Focusing for a moment on the hardware itself, the Receiver has a power button that doubles as backlight on/off, a Gain button that changes gain based on your coarse / fine setting, and a merge / split button. Switch between these modes by pressing and holding both buttons for a few seconds. When you see two level meters, you are in Split mode, and each transmitter’s channel is being recorded onto separate channels of the Receiver’s output. This is ideal for two-person recording, so each person’s voice can be mixed separately. 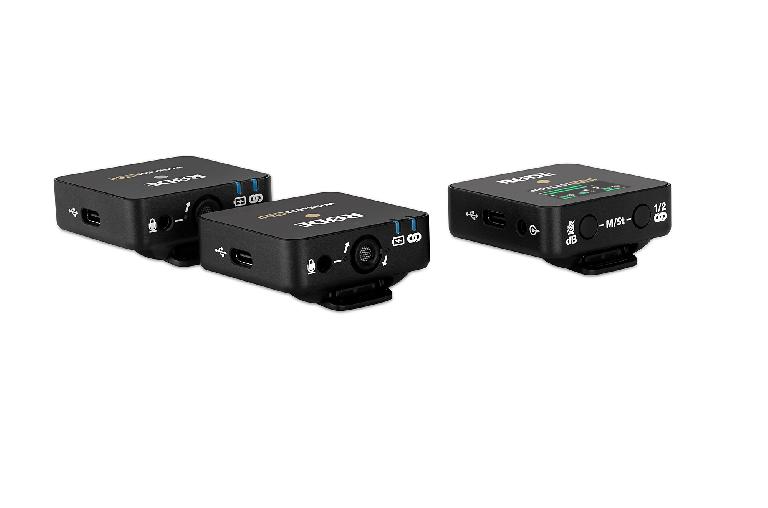 In Merged mode you see one meter and both Transmitters are being summed into a single output, which is good for recording a single source to both channels or when using the safety channel, as mentioned above. Another interesting feature is that using the channel select button on the Transmitter then pressing the dB button you can remotely mute either transmitter. You can also mute either Transmitter by short pressing its power button, and this can be disabled in the app to prevent accidental muting. The Transmitters each have a TRS input for adding a lavalier mic, if you wish.

The microphones in the Transmitters are omnidirectional transducers with a frequency range of 50Hz - 20KHz, a maximum SPL of 100dB and a preamp gain of 20dB. They sounded remarkable in all the conditions I tested them in, and the wind shields did their job when recording outside or very close to someone’s mouth. The system uses 2.4GHz wireless transmission with 128-bit encryption so nobody can hijack your signal, and it’s designed to work in busy radio environments like conference halls. There’s a 200m transmission range as long as line of sight is maintained.

The Wireless GO II is an amazing system for recording sound in all manner of environments. Incredibly compact yet sturdily built, Rode has done a first class job of giving run-and-gun filmmakers and interviewers everything they need. Setup is very straightforward and the app opens up features there just wouldn’t be room for if you had to use physical buttons. The LED screen is small but provides excellent visual feedback, and the Safety Channel feature is one I’d have been insanely grateful for when running around filming trade shows. There are at least 20 wireless networks immediately around where I live, but I didn’t experience any interference issues at all.

MFi certification means the Receiver works flawlessly with iOS (via the optional Lightning cable if you have an iPhone) and appears just as seamlessly to your OS X or Windows computer. Recording quality is excellent - quite remarkable from such small microphones - and you have great control over mono / stereo, routing and levels. Best of all it’s just all so compact and easy to use, while giving you pro features. If Rode set the standard with the first generation, the Wireless GO II knocks it out of the park. It’s a fantastic way to record wirelessly with clever fail-safes and an absolute minimum of hassle.

Cons: Really nothing. I’m not sure what else you could add before you had to start making the modules larger.