This groovebox and drum machine is the most affordable hardware Elektron has ever made. But what can it do? Dave Mech shows you in this video review...

The Model:Samples is the most affordable instrument Elektron has ever made. It’s a groovebox and drum computer with the well known Elektron sequencer. You can lock parameters on each step in the sequencer and because of that you can create grooves that are more complex than you could achieve with just 6 sample tracks alone. The big difference between this and other Elektron instruments is the use of dedicated function knobs instead of encoders that change function based on what parameter page you select.

This gives more hands-on and direct control over this machine. And I must say it’s a lot of fun to play as a result. It’s very easy and quick to lock parameters or change them live during jamming. Another thing that stands out is the small screen. It’s sharp and everything can be read clearly. I do miss some deeper information like a waveform of the sample to make some more exact changes to the sound. On the other hand it forced you to listen to the sound rather than looking.

Model:Samples sports six velocity sensitive pads. This is great for recording drums into the sequencer. When you select one of the six drum tracks, the grey knobs and the buttons at the left correspond to that track. When you hold retrig and a pad you can burst some hihats. Because of the velocity sensitive pads it’s a great way of adding some spice live. One omission is that you won’t be able to record that velocity into the sequencer when using retrig as the sequencer simply sees this recording as a single trig with retrig enabled. 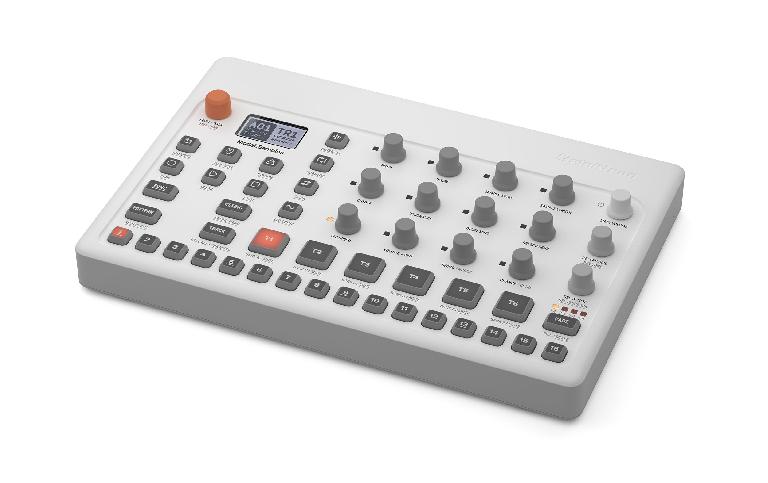 At the left of the knobs there are two buttons that are loads of fun to use live. Especially with control all. By holding ‘Track’ you enable control-all mode. When you twist knobs the corresponding parameter will change on all six tracks at the same time. This enables great live tracks. Reverse and loop also work with control-all. You can create great breaks using this. For instance you could enable reverse and loop on all tracks at once and then use sample length with control-all to shorten the sample length on each track to create cool stutter breaks. To revert back to the state before you messed everything up with control-all you simply hold ‘Func’ and then hit ‘Pattern’. This reverts the pattern to its last saved state. Using control-all on other parameters results in other great effects and happy accidents.

The Elektron sequencer is a wonderful thing. Besides simply programming a drum beat into the sequencer, you can actually lock multiple parameter settings to each step. When doing this a red light will indicate that parameter is locked to that step, and the step itself will blink. This way you can create complex drum grooves with lots of tiny or big differences. You can even lock different samples onto steps which makes this little groove box bigger than its six tracks. The maximum number of sample locks is 20, so plus the 6 samples loaded into the tracks you can use 26 samples per pattern. Nice! One thing I noticed is that when you hit the maximum amount of locks you won’t get an indication for this. Previous locks will simply disappear. It would be nice if they could add a warning on the screen when you reached the maximum.

Another handy thing to know is that by locking a parameter to a step, control-all will not influence that parameter for that step. So this way you can exclude sounds from control-all which is great for making sure the kick stays normal when using control-all to change the pitch on every track.

Things get really interesting when you realize that for each track you can set the amount of steps it plays as well as the scale, which is the speed the sequencer runs at compared to the beats per minute. I love to use step length to create poly-meters. This means having a sound that runs 5 steps while other rhythms run 16 steps. You can also lengthen the sequence of a track to 64 steps. If you then set the scale to 1/2 you basically get a sequence with a length of 128 steps, but with half the resolution of course: you can only program 8th notes instead of 16ths. It  is therefore great for adding long melodies. Using a combination of these things can really spice up a groove and make it seem way more than a simple loop.

Another great feature of the sequencer is the Chance parameter. It’s a new addition to the conditional triggers which are one of the greatest essentials of the Elektron sequencer. With the new chance parameter you can set a track to trigger only a set percentage of the time. It's also a great way of creating a break. 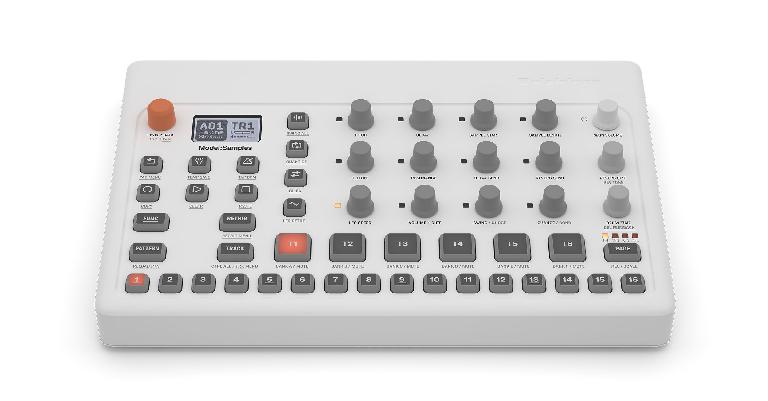 Conditional triggers can be set by holding a step and selecting which condition should be met before the step actually plays. This varies from a chance, to setting the step to only trigger once in 4 times the sequencer goes round. Other conditions set it to only trigger when another step is triggered with a set condition. You can see how things can get pretty complex this way. Loads of fun! One condition I want to specifically mention is the FILL condition and its counterpart. Steps with this condition enabled will only trigger when you hold the fill button, which is the ‘Page’ button when you’re not in grid recording mode - the mode where you program triggers into the sequencer. You can also set steps to not trigger when you hold fill. This is a quick and easy way to add more hi-hats temporary for instance, or to create a small break with some added effects or additional melodies.

The send FX are of almost the same quality as the Digitakt and Digitone except that the delay has no stereo width setting. It didn’t bother me much, but it is therefore a bit limited. The reverb sounds as amazing as ever. The settings for both effects are very limited with the reverb only having a size and tone setting, and the delay only has settings for delay time and feedback. It does make the machine feel focused on quickness and live playing, but I would’ve loved to have a menu with some deeper settings for both. Because most of the time those are set and forget functions anyway like stereo width and deeper shape / filter control.

With the micro USB port you can connect the Model:Samples to you computer and use it as a soundcard. You will be able to stream the tracks to your DAW of choice and control things via MIDI. However, the M:S doesn’t support Overbridge. For that you’ll need to get at least a Digitakt.

The Model:Samples has a lot of the key features that make the Elektron workflow so enjoyable, and for a reasonable price. The build quality is ok. It doesn’t have the metal casing like other instruments by Elektron, but it still feels sturdy enough that I would be fine with taking it on a trip. Speaking of which, they added two points on the sides where you can connect a specific battery onto - which they are going to release in the near future. So it’s really designed to jam anywhere.

The dedicated knobs per track are great and quick to use so especially suited for live jams. I think it’s a great step into a new direction for Elektron. It does come with some quirks like the different ways of removing steps and the LFO that has to be programmed with two menus. I hope they find a better solution for that for this new line of instruments, which I’m sure will see additional instruments added in the future. All in all I think this is a great step into the Elektron world for beginners and a great addition to the line-up for experienced users. 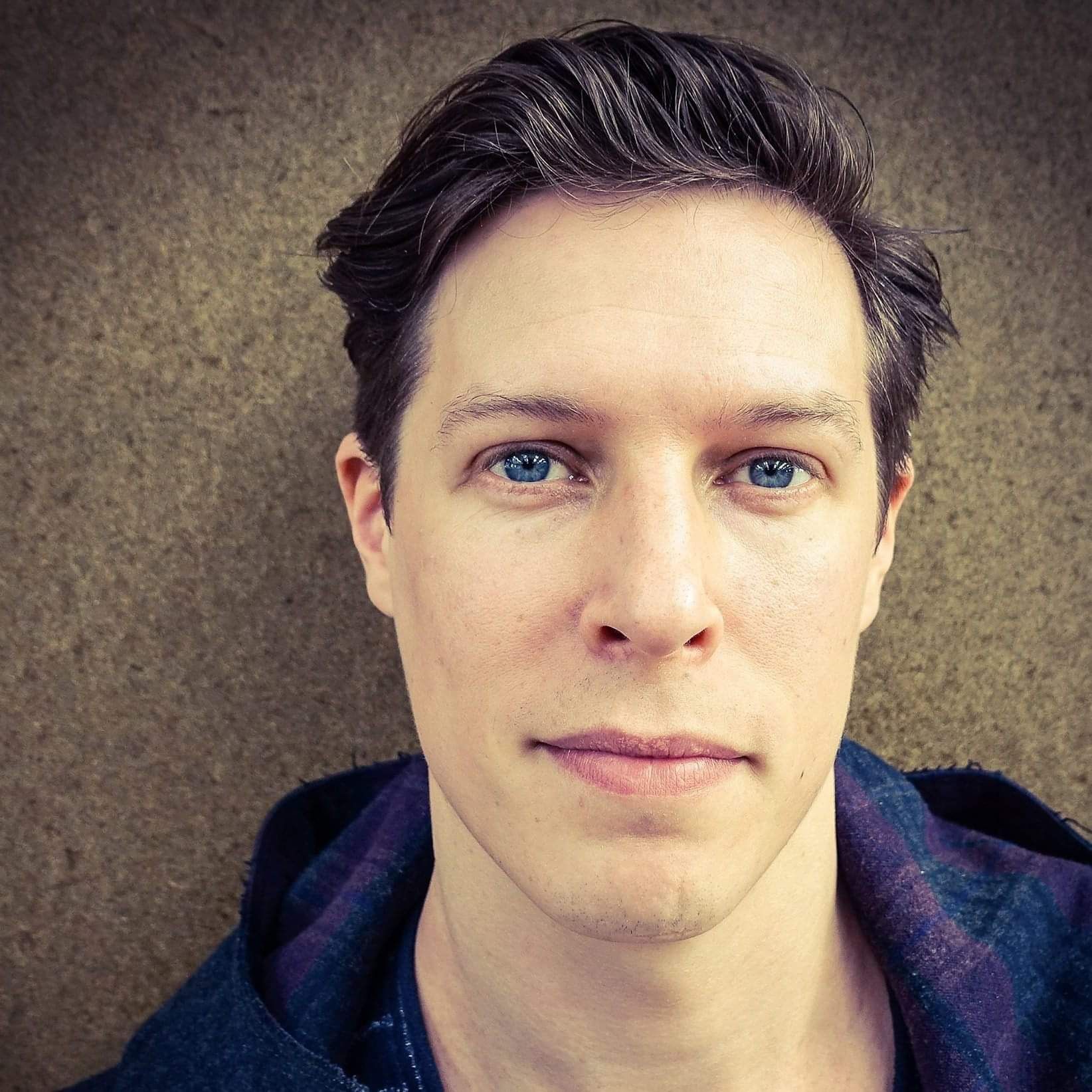 With a background of playing flamenco guitar, bass guitar and drums at young age, Dave Mech has always been creating and exploring music. He attended the music-academy where he studied music production while playing in various bands with which he toured through The Netherlands. After graduating he started focusing on techno productions... Read More