Behringer has been on a roll with recreating synths of yesteryear and It was welcomed when they recreated one of the most popular synths of the 70’s, the ARP 2600. Let’s take a look and listen.

The Behringer 2600 is quite a faithful recreation of the ARP 2600 though in a much more compact 8U rack mountable format. If you don’t want to rack mount the synth, you can also use it as a desktop synth. It’s well built with an all metal casing though it isn’t all that heavy (11.22lbs). This is a semi-modular synthesizer with 3.5mm jacks for patch cables. No patch cables are included in the box.

The synth architecture is quite similar to the ARP 2600 but Behringer did add some modern features. The most obvious being MIDI, on 5 Pin Din as well as USB. There is even a MIDI Thru port, if you need to daisy chain this instrument with others. The MIDI implementation is very basic, with support for just Note ON/OFF messages. Aside from that, the 3rd Oscillator has 4 waveform outputs. You get a sine, triangle, sawtooth and pulse output whereas the original only had a sawtooth and pulse out on oscillator 3.

Another unique thing about this 2600 is the inclusion of an additional LFO. The LFO is internally normalled to create vibrato but the LFO can be used independently as well. On top of that, there is a portamento section which can automatically add glide to incoming MIDI notes. 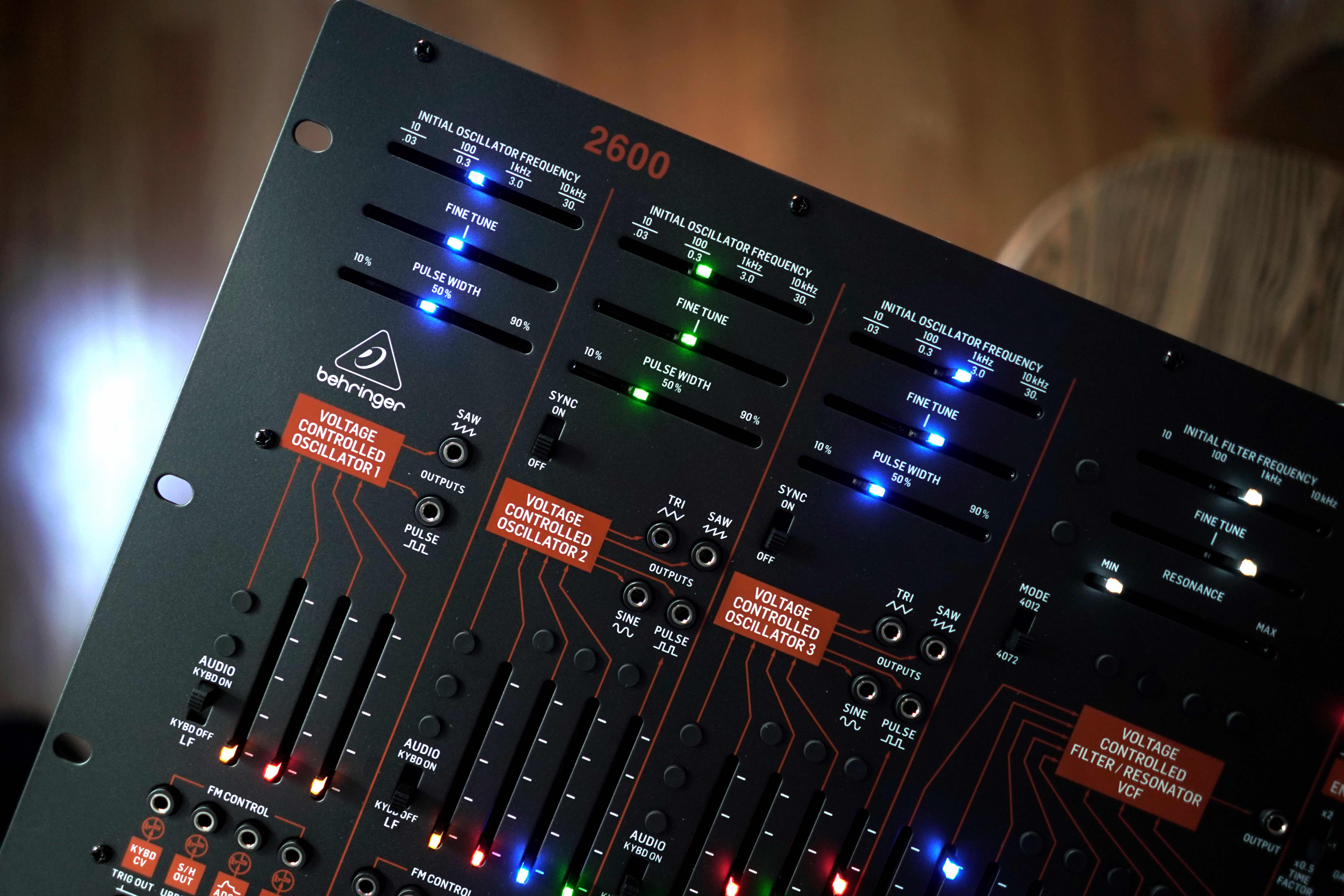 Probably one of the most unique features on this 2600 is the Duo voice mode. So you can play two notes simultaneously in Duo mode unlike the original which was purely monophonic. The Duo mode does use the second oscillator to produce the second voice. Since the synth has three oscillators, I wonder why the didn’t add a three note mode…

More features unique to this 2600 can be found in the ADSR envelope section where there is a scaling option which can scale the envelope to .5x or even 2x the time length. 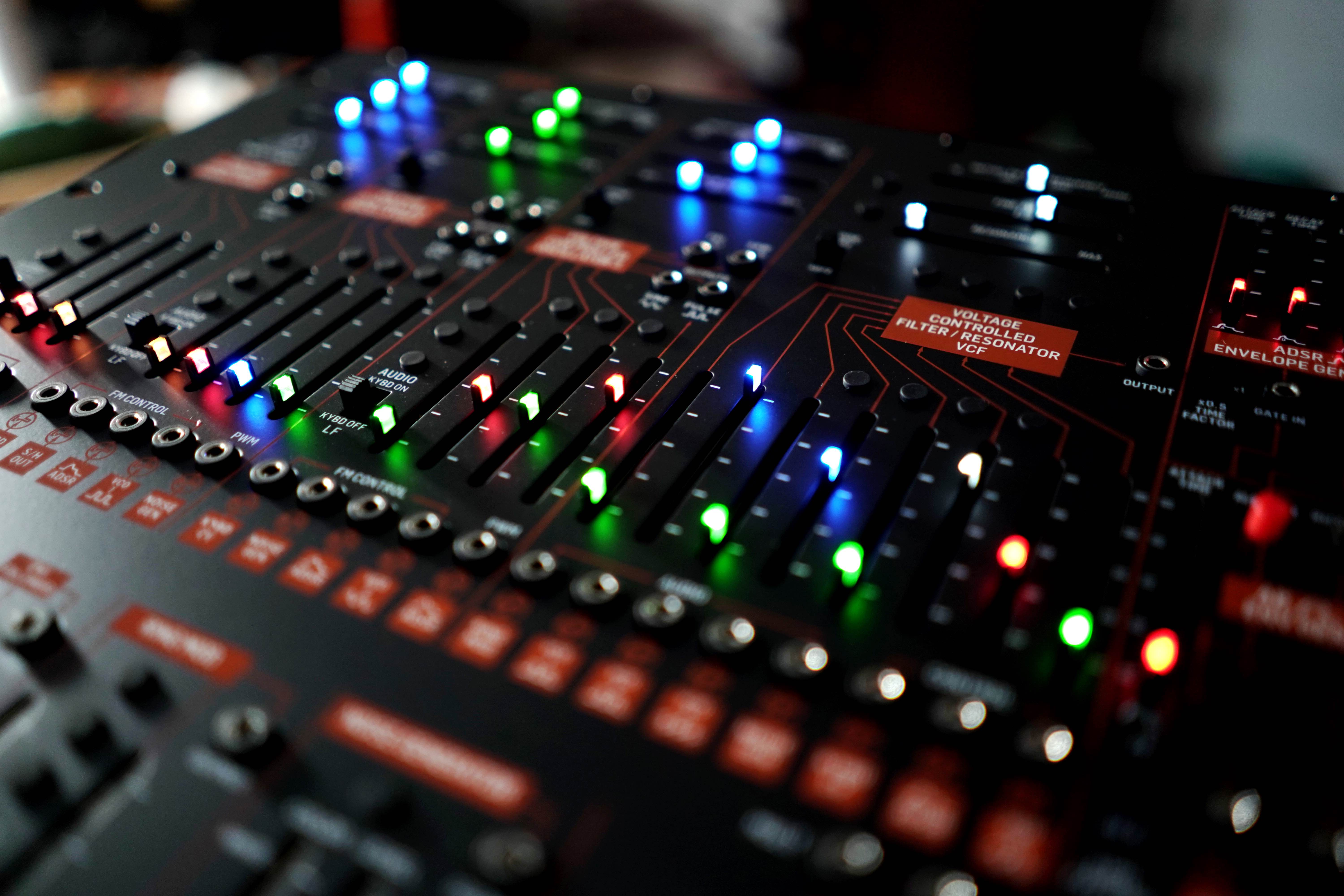 One feature on this synth that isn't faithful to the original is the reverb section. The original Arp 2600 had a real spring tank, whereas the Behringer 2600 has a digital emulation of the spring reverb. It’s not the best sounding reverb but it works.

There is a lot of polarizing debates on these synth releases from Behringer. It’s easy to take sides and all the arguments seem quite valid. This reminds me a little of the time when home studios started to become a thing. Many thought this would kill the professional studio business model. Irrespective of the result, recording music became a lot more accessible to musicians, which turned out to be not that bad after all. Along the same lines, Behringer is making these vintage synths a lot more accessible to musicians. You may not be able to afford an original ARP2600 so it’s only good that there is a cheaper alternative. If you have the means, go get yourself one of the Korg ARP 2600 reissues on reverb.com for $10,000. In the mean time the rest of us mortals can enjoy and make music with 99% of the same thing, with the Behringer 2600.

Pros: That price! Experience a vintage synth for a fraction of the cost. Sound great. Additional features include MIDI, MIDI over USB and DUO mode.

Cons: Digital Reverb & no patch cables included in the box.