VCA Groups and Faders in Logic Pro X: What, Why, and How?

Language
In Logic Pro X 10.1, a feature was added that was long requested by Pro Tools converts, called VCA groups. At the time I didn't see what the fuss was about... Here's why it is a big deal.

On recording consoles, it stands for Voltage Controlled Amplifier/Attenuator. Now in a DAW of course, there is no real “voltage control” going on, so it is an emulation of that paradigm.

Quite simply, you assign tracks to a VCA group so that you can control their volume in the most transparent manner. (Actually, each channel strip’s fader is a VCA.)

In Pic 1, you see I have a string section with the instruments balanced that I wish to be able to raise/lower and solo/mute, and possibly automate, as transparently as possible during playback. 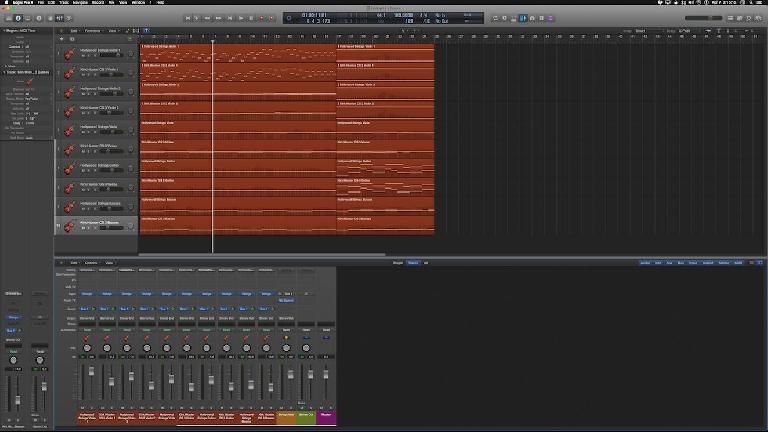 In previous versions of Logic Pro I would either use an automation group, assuming I have done automation, or more likely assigned their outputs to an aux. Like you see that I have done in Pic 2. 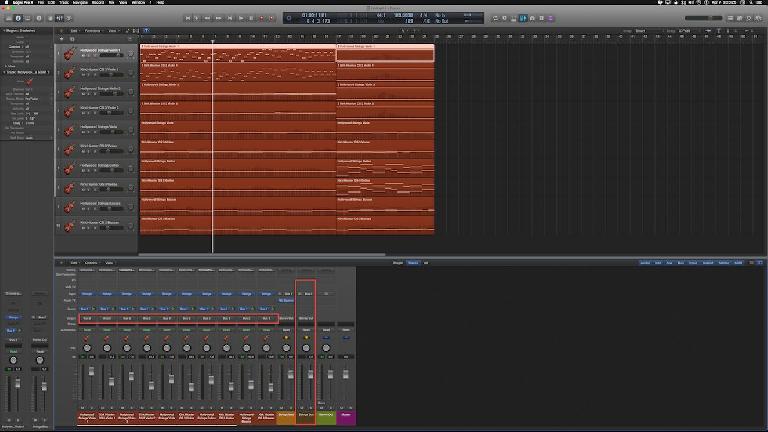 Why a VCA Instead?

There is nothing really wrong with that right? True, and there are some distinct advantages to it but also some downside.

First of all, there are the auxes themselves, of which Logic Pro X allows you to create 256. Now that is plenty for some people, but if you are using a lot of Summing Stacks or Drum Machine Designer or Multi-output software instruments, you are utilizing auxes with all of those. Also, auxes do have some CPU demands that could complicate things with a big arrangement.

Another factor has to do with reverb sends. By default Logic Pro X’s sends default to being Post Pan, as you see in Pic 3. 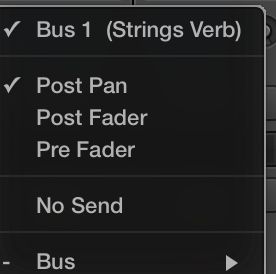 This means that the audio is sending to the reverb taking into consideration what the panning is set to and the level with the fader. Usually this is what you want. So if you pull down the Aux’s fader, you will end up wetter than with a VCA because of the additional routing you are creating, unless you also are turning down the reverb bus hosted on that other aux.

All I wanted was to not hear that group of instruments, or hear them louder or softer for a spell while mixing or composing other parts. Wouldn’t in be nice if I could do so without any of that, just totally transparently? Well that is what VCA faders give me. They add no additional routing between the channel strips I have created and the stereo output and suck up no CPU power.

This is Logic Pro, so of course there are several ways to accomplish this.

Select the channel strips in the mixer and under the Options menu, choose Create New VCA for Selected Channel Strips, as you see in Pic 4. 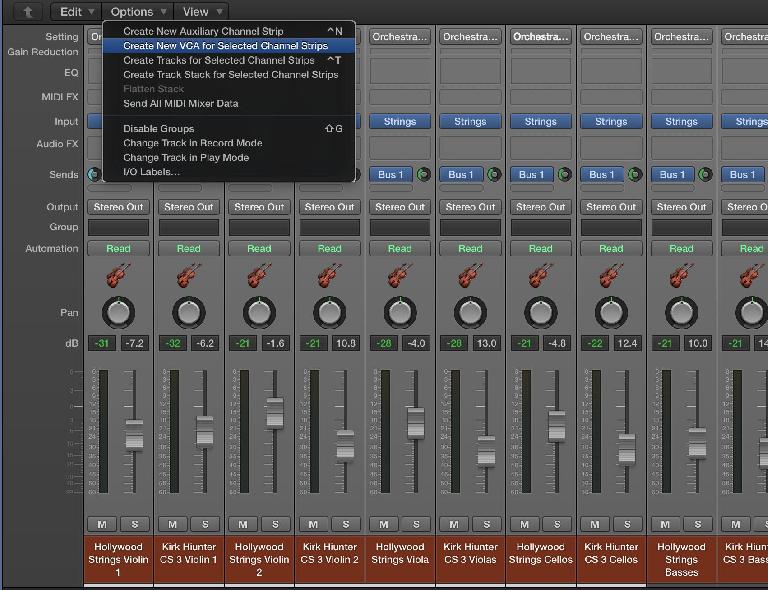 Hold the Control key down on a selected channel strip in the Mixer and navigate to Channel Strip Components > VCA and then assign the instruments you want to that VCA group. See Pic 5. 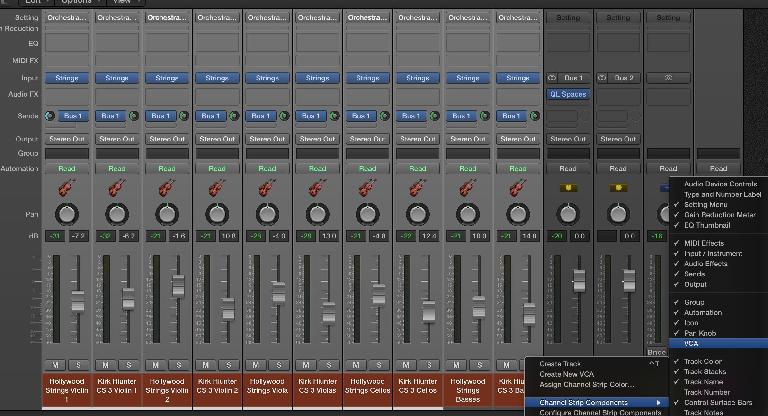 Hold the Control key down on a selected channel strip in the Mixer and choose Create New VCA. 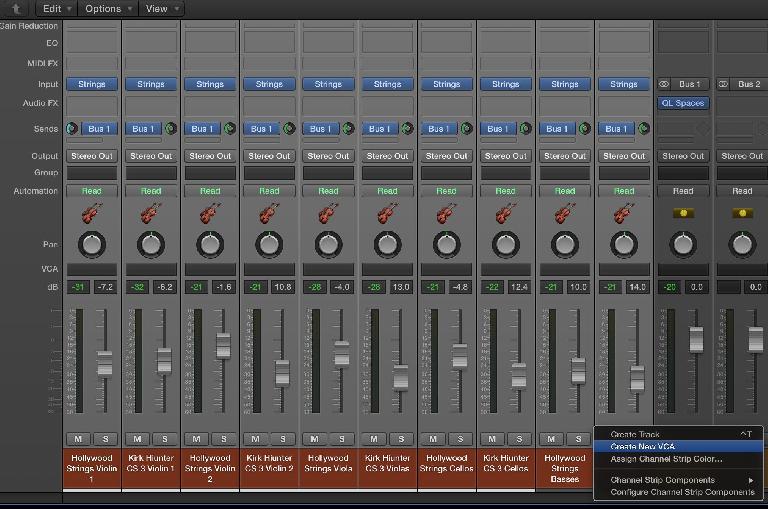 Or: With same method, choose Configure Channel Strip Components and check VCA. No pic, this time, you know the drill now ☺

Go into your key commands and assign a key combo to Create New VCA Fader.

OK, I am exhausted now ☺  but with any of those methods, you will now have a VCA group (up to 256  of them) so that you can control multiple channels strips to raise or lower the volume, solo or mute, or automate any of that from one fader with absolutely no extra audio routing or CPU consequences and reserving your auxes for other purposes.

You can even create one for each section of your virtual orchestra or recorded tracks and do your final mixing using only VCA faders, a very elegant solution.

Cappo
What's the advantage of VCA groups over non summing track stacks? The only difference I can think of is having the option to tuck tracks away into a folder when using track stacks?
airforceguitar
Thanks Jay. I really didn't understand the fuss about the new VCA-faders in Logic until you succinctly and elegantly made it clear how they are handy. Now to add them to my templates... If I can ever get all my patches converted to Ski's new ARTzID system!!!
Brahamh
When you bounce the VCAs at the end of a project, will the plug in FX on the stereo output (compressors, limiters, etc) bounce into the track?
Jay Asher
Brahamh, you don't "bounce" a VCA, it is only for controlling volume with no routing implications.