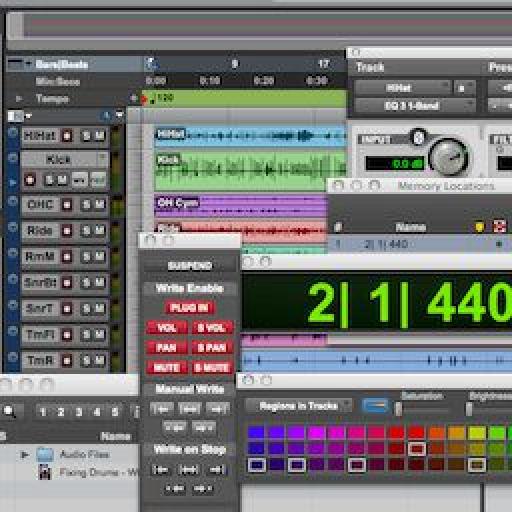 Language
Most people believe Pro Tools only has 2 windows! There's actually 14 possibly windows, and with so many to switch between Window Configurations becomes very useful.

ProTools has only two windows, right? Mix and Edit, toggle between the two with Command - =. Easy. Actually, Pro Tools has 14 windows, accessible from the Window menu, so a way of organizing them is required. This is where Window Configurations come in. 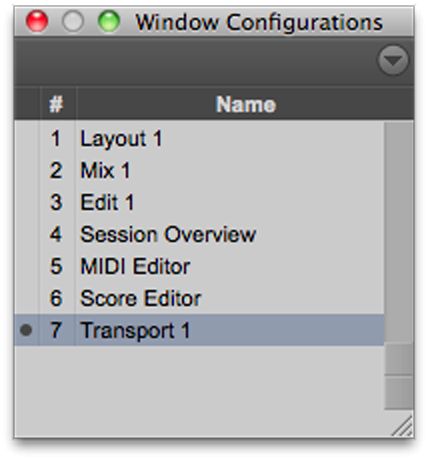 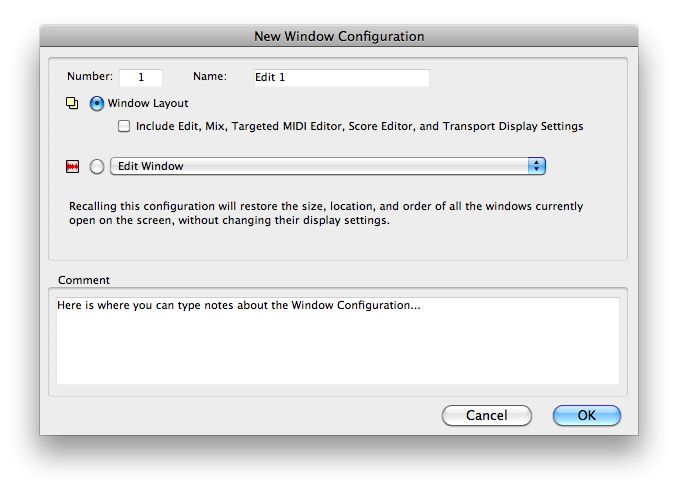 If you wish to also store the display settings as part of the Window Configuration, tick the box that says 'Include edit, Mix, Targeted MIDI Editor, Score Editor, and Transport Display Settings'. For example you may wish to have two views of the mixer, one with inserts and sends hidden, the other with them visible. This is a great option for instant recall of those settings. 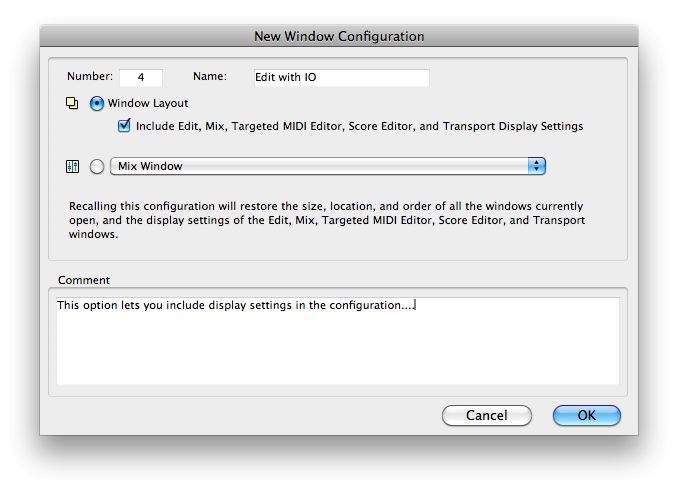 Storing display settings as part of the Window Configuration.

This functionality can be used with the Mix, Edit, MIDI Editor, Score Editor and Transport windows, and is especially useful with the last of these, as you can store several different views of the Transport as Window Configurations. 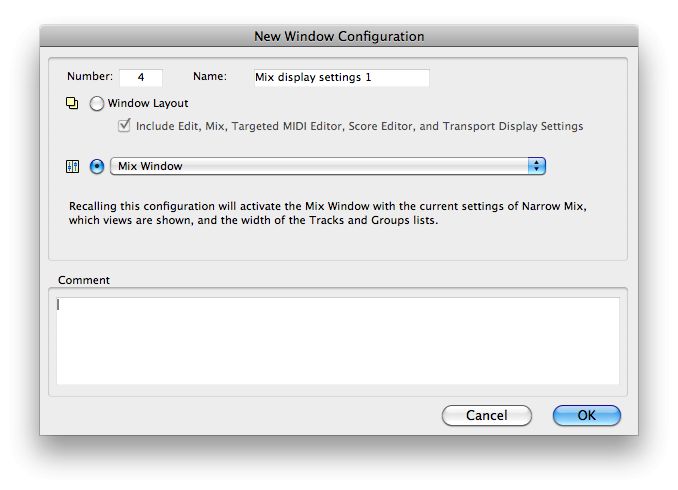 Storing settings for the Mix Window. 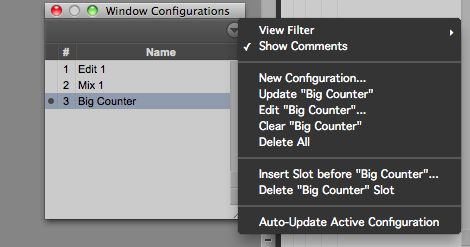 is this good tool 2 by