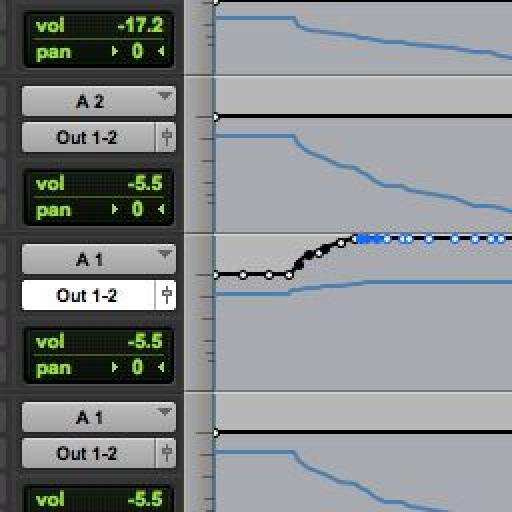 Language
Using VCA masters can help you mix large Pro Tools sessions in the box with ease. Rishabh Rajan examines all the added benefits of VCAs over using groups or Aux channels.

VCA masters (Pro Tools with Complete Production Toolkit or Pro tools HD) are a great tool for mixing large sessions in the box, especially if you do not have access to a control surface. The term VCA which stands for Voltage Controlled Amplifier comes from the analog world, where consoles would have these VCAs that could control multiple signals together and also maintain the relative balance between the signals. So if you had a group of 6-8 tracks which represent an entire drum-kit (kick, snare, toms, hi-hat etc.) where each track is set at a different level, you could control all the tracks with just one VCA, while maintaining the offsets between them. Now you may think that the same can be achieved with simple groups or Aux tracks in Pro Tools but there is so much more to VCAs and I'm going to highlight some of their features in this article.

Go to Track > New and in the dialog box that follows, you can choose to create a VCA Master. You will notice that the option for creating a mono, stereo, LCR, quad etc. is not available. This is because VCAs are not actual tracks, they just control other tracks. So the track type is defined by the tracks it is controlling. This also means that it does not take up any voices, so feel free to add as many VCA Masters as you need. The maximum number of useable VCAs is defined by the maximum number of groups which is 104.

Once the VCA Master have been created, they need to be assigned to groups in order for them to control the 'slave' tracks. Select a few tracks from your session that you would like to control with a VCA and group them by going to Track > Group. In the dialog box, give the group an appropriate name and uncheck 'Follow Globals'. It will still work with this option checked but it's best to leave the global settings for regular groups. Do make sure that the group is either a 'Mix' or 'Mix/Edit' one. If you make the group an Edit group it won't work as a VCA group. If you have already created the VCA Master, the group can be assigned to one by choosing it from the VCA option in this dialog box.

The VCA master should now be simultaneously controlling the faders of the slave tracks in the group and you can still control the individual slave tracks independently by just moving its fader directly. So you kinda get the best of both worlds which would not be possible with regular groups. In fact, the group doesn't even have to be ON in the Groups tab for it to work. Once it's assigned to a VCA, it functions irrespective of its ON/OFF state. The ON/OFF state is applicable mainly for regular groups. 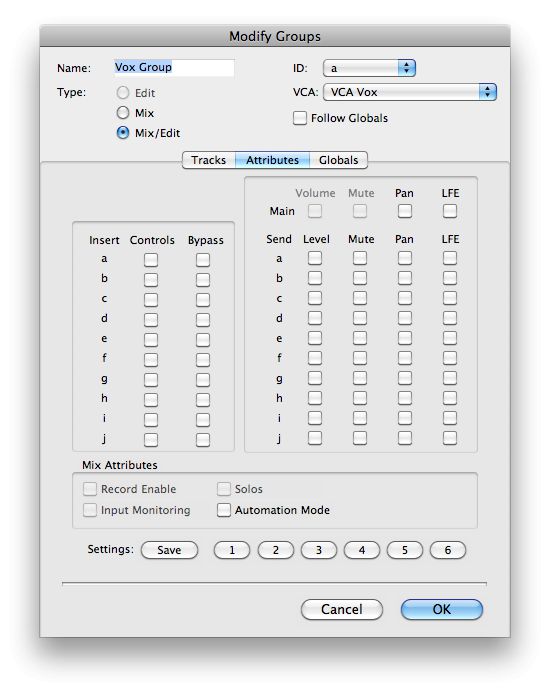 It may seem that the VCA Master's meter would show the sum of all the slave tracks but instead it actually shows the highest level occurring in the group. So the meter display may jump between tracks depending on which track is loudest at any time. There is no indication of which slave track is currently being displayed.

If this doesn't make sense, just ignore the black line and focus on the blue line as that is the  resulting volume automation. To confirm this you can try the 'Coalesce VCA Master Automation' on the VCA Master and you will see that the slave track which had its own automation still maintains the exact same automation, just that it is now represented on the main automation playlist (black line).