Language
So you're addicted to the convenience and power of digital with PreSonus Studio One... but you yearn for the analog console-style bus effect processing when mixing? No problem. Studio One 3.2 is here.

One of Studio One’s most innovative features with the 3.2 update is its Mix Effects. These effects are applied at a different level than the standard effects and allow you to impose analog console-style bus effect processing to your mix. Let’s take a look at how to add them, along with their benefits.

So the Mix Effects can be added in two ways. Either on a Bus Channel or on the Master Bus, which makes sense as it’s a bus processing effect. The Mix Effect does work slightly differently than if you just added a normal effect on a bus. This console emulator when inserted on a bus processes every channel routed through it at the source and at the summing point. Which is pretty similar to how an analog console would work. What the Mix Effects does is it replaces the standard Studio One mix engine with the Mix Effects plugin, and it uses its proprietary State Space technology to achieve this. So these effects are tapping into the audio engine at the core level. 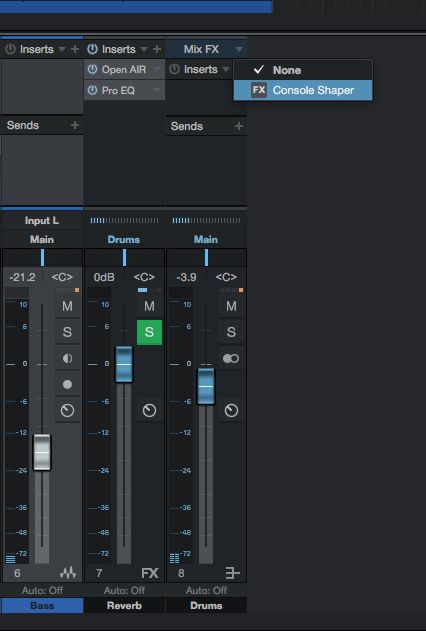 So, for example, you could apply this Mix Effects to a Drum Bus group and drive the drums through this console emulator on this bus, or you could apply it across your whole mix on the Master Buss.

Currently (at the time of writing this article) there is only one Mix Effect available, the Console Shaper. This is a very simple effect with three controls: Drive, Noise, Crosstalk. So the Drive gains the signal, and this is driven by the emulation technology, so it does impose an analog style drive effect to the sound source.

Then Noise, as the name implies, imparts some noise into the signal. On an analog console when it runs through the circuitry, it would impose some inherent noise to the signal that gives old analog mixes their character. So this can slightly change up the tonal quality of your audio, and give it that ‘warm’ sound with the added noise.

And with Crosstalk it pulls a bit of the left signal into the right and vice versa, giving you a better stereo image on the bus. You can hear this if you solo one of your tracks in the bus and then start increasing the Crosstalk parameter. Notice how bits of the other tracks come through this solo track, that’s the Crosstalk. So this can really help gel your sound together. I found you had to push these settings quite hard to hear the results. But also try out the presets to hear the variations possible with this simple effect. 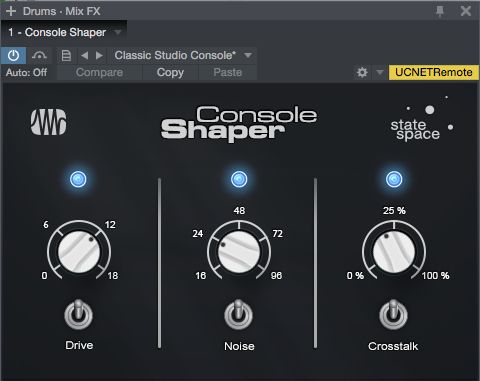 3rd-Party Mix Effects in the Pipeline

There has been mention by PreSonus that 3rd-party developers will be releasing Mix Effects for Studio One. Names mentioned include Slate Digital, Softube, and Acustica-Audio. These are some big name developers who have already made great software emulation plugins so keep an eye out for future developments and see what their plugins bring to the Mix Effects party.

The Mix Effects are a great addition to Studio One. I can see how these can become very helpful in the mixing stage to really help gel your elements in the mix together and impart an analog console-style sound to your mix. I'm also intrigued about future 3rd-party Mix Effects. There is definitely a push from PreSonus to give the users great mixing tools, and this feature doesn’t disappoint. So try the Console Shaper out in your next mix, and see what results you get.

Keyno
Do you have any courses for MOTU DP9?