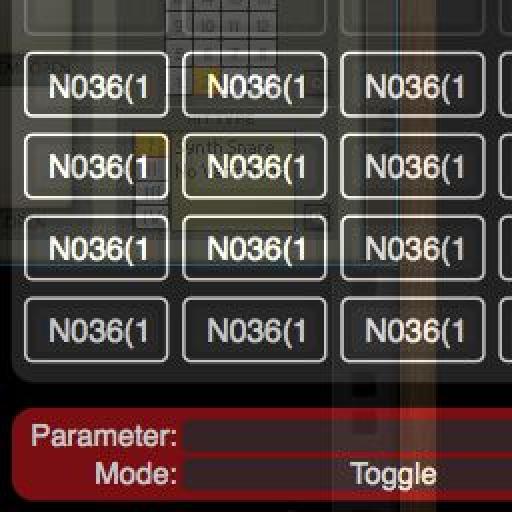 Language
The Novation Launchpad is well known as being an excellent (and inexpensive) controller for Ableton Live. So, G.W. Childs went on a journey to discover how to make it work well for Reason users, too.

Ever since the launch of the Novation Launchpad, fans of grid-based controllers have been joyfully pondering, experimenting, and in some cases creating ways of using the Launchpad across several different applications, as opposed to simply using it with Ableton Live.

Why would this be the case? Well, for starters it greatly resembles a Monome, which has been an amazing, and somewhat elusive toy to get your hands on for grid-like controllers. The Launchpad is far cheaper than a Monome. But, there's one more thing...

If you open up a Kong in Reason, you'll notice that its buttons greatly resemble the Launchpad's buttons: 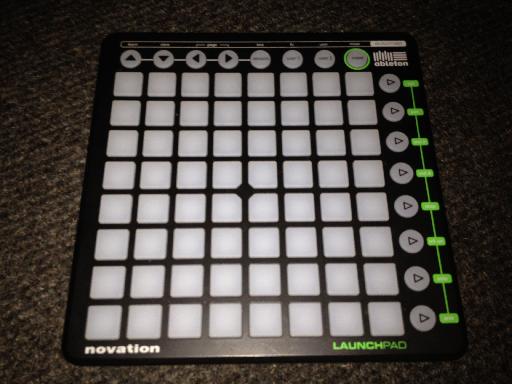 This means that with the Launchpad, you're getting a fairly inexpensive device that gives you the tactile feel of drum machine pads!

Unfortunately, the Reason implementation was more of an afterthought with the Launchpad. If you were to try using the Launchpad at this moment with Reason, you may be able to trigger some device buttons, but it's far from being studio, or stage worthy.

The Launchpad does come with the free version of Automap, and this, when used carefully, can make the Reason experience much better. There is some setup involved, though.

This article is primarily written as a means to explain where the Launchpad is functional with Reason, and ways that you can have quite a bit of fun with it in Reason, once it's set up.

Like every controller I ever use with Reason, I always try out Remote first. This is Propellerhead's primary auto-mapping for any device that is hooked up to Reason. Surprisingly, when I ran Auto-Detect Surfaces, the Launchpad was detected...

But it's not seen as a MIDI keyboard type device. Instead, it was connected as a control surface. And, as a control surface, I wouldn't really recommend this controller at all. The buttons work in a toggle mode where, for example, if a button is mapped to a knob it will simply toggle the knob incrementally. The lights are pretty, and the mappings do change from controller to controller, but c'mon! You can't use it for MIDI notes at all in this mode... At least, not easily. Here's a shot of the Automapping with Thor: 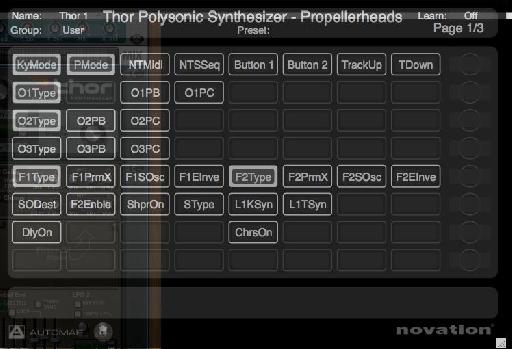 Scenario 2 - Manually Setting up the Launchpad

Now that we've established that the Launchpad is a little weird as a control surface, let's try using it with Kong as a drum pad. This, I found, actually is a really cool setup and allows you to avoid Kong's irritating habit of not allowing you to turn off velocities on your pad. Let me show you how I set it up.

Go to the Reason > Preferences > Control surface page. If the Launchpad is already present, delete it.

Press the Add button and select Novation from the list... 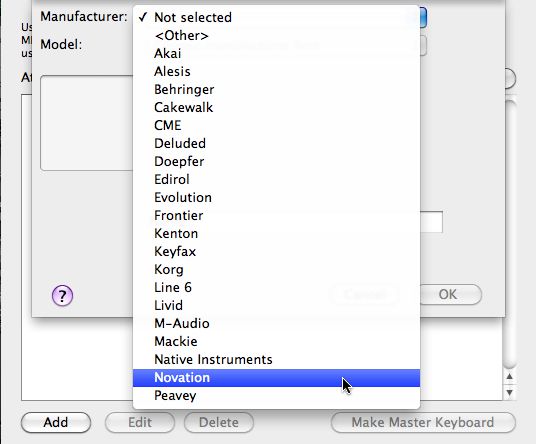 Then select Automap Keyboard, and then Automap MIDI for the input port. Press OK. Some other tweakers out there may have another way of doing this. If so, leave a comment and enlighten me. Now, quit preferences. 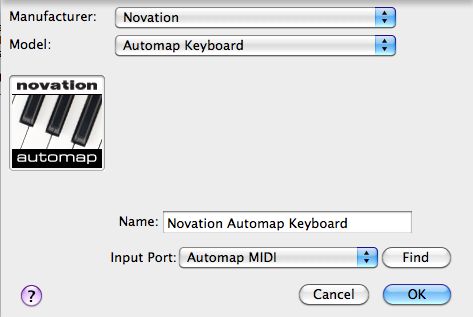 Now for the somewhat tedious part: Create a Kong, then click on the Automap button in your Apple dock to bring up the Automap Page. I would highly recommend having a drum patch loaded up in your Kong at this point.

You will have a blank page in your automap window. If not, from the Automap file menu, choose Clear All Controls.

Now, click on the lower left hand square, and in the Parameter Drop-down menu, choose Note 036 (C1). This will assign Pad 1 to the Launchpad, as this is the MIDI key you would press on a keyboard to trigger pad 1, on the Kong.

Now, to speed things up a bit, place Automap's Learn mode in to the Latch setting.

Click on the Launchpad, 4 rows of 4 buttons, this is the exact layout of Kong, and will be really helpful for triggering the drum device. You may come up with your own custom mapping for later, this is just what I like. The Latch mapping will be Note 36 (C1). We'll finish this next. 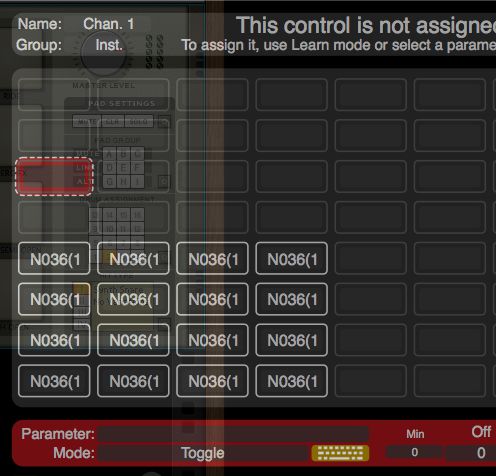 You've got all the buttons, they just need to be assigned. We know the first button in the lower left corner is the right mapping, Note 36 (C1). On the next button to the right, assign it to Note 37, the next 38, and so on. All the way up until all the buttons are mapped numerically from 36 on up. 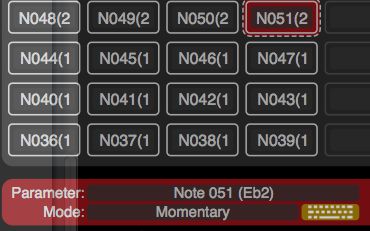 Now, take your Automap out of latch, and start playing! This sets you up with all of the basic pad buttons for Kong, and it actually is a pretty good controller at this point. You do have the option of mapping CCs to different functions of Kong as well. Try setting up some different buttons and see what works for you.

Aside from Automap, there have been individuals out there who have also seen the potential of the Launchpad with Reason. The easiest, and most elegant I've seen has been Deluded Software's Relaunch, as it has a Remote-style mapping for every device in Reason, as well as a killer Combinator that makes amazing use of the Launchpad. It even has a custom arpeggiator. 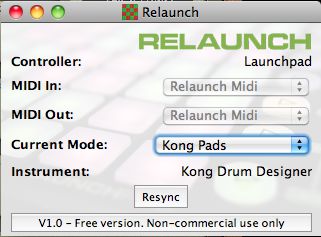 It does seem like Relaunch's support may have fallen by the wayside, as it's a year old now, and still on Ver 1.0. But don't let this dissuade you: it works wonderfully, albeit with some minor bugs here and there.

There are other alternatives out there like Nonome, but Relaunch was the option that I had the most luck with.

Okay, I hope this provides a wonderful tool for your Reason endeavors. The Launchpad is truly a cool controller for Reason, it just needs a little attention in the setup. But, hey, at the price it's going for, who cares?