If you're more of a producer than a player, NI's Flesh can help you build your rhythmic samples into whole tracks. G.W Childs explains how it's done.

Flesh, the instrument from Native Instruments has a name that is suggestive of the way it functions and what it provides. If you’re willing to wrap your head around it and if you aren’t someone who is much of a player but more of a producer, it can really help you out. Flesh is amazingly quick and efficient at populating the arrangement of a mix very quickly, once it's set up appropriately. In this tutorial, I’d like to show you how to get going with Flesh, and to flesh out your track!

Flesh is one of the few instruments I’ve worked with that seems to thrive when you get formulaic. You can basically set your DAW to the tempo you’d prefer to work in and that suits your genre, find a drum loop that works for what you’re doing, and go to town. For example: currently, I’m in the mood to do a dance track in the classic key of A. And after a few looks through my loop library, I discover a Wave Alchemy specimen that would really suit my purpose! 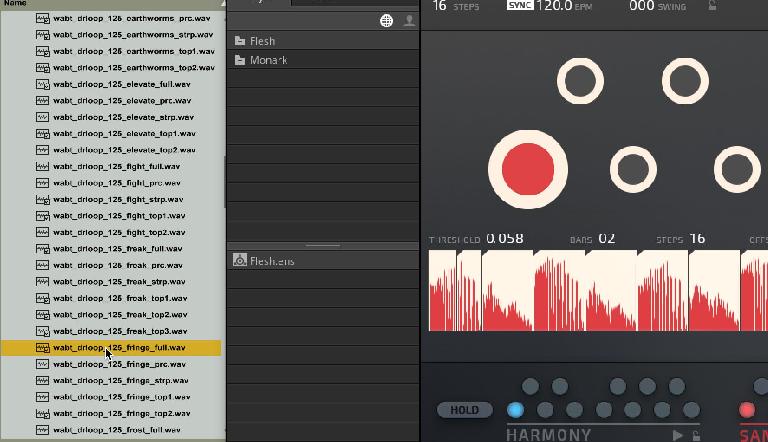 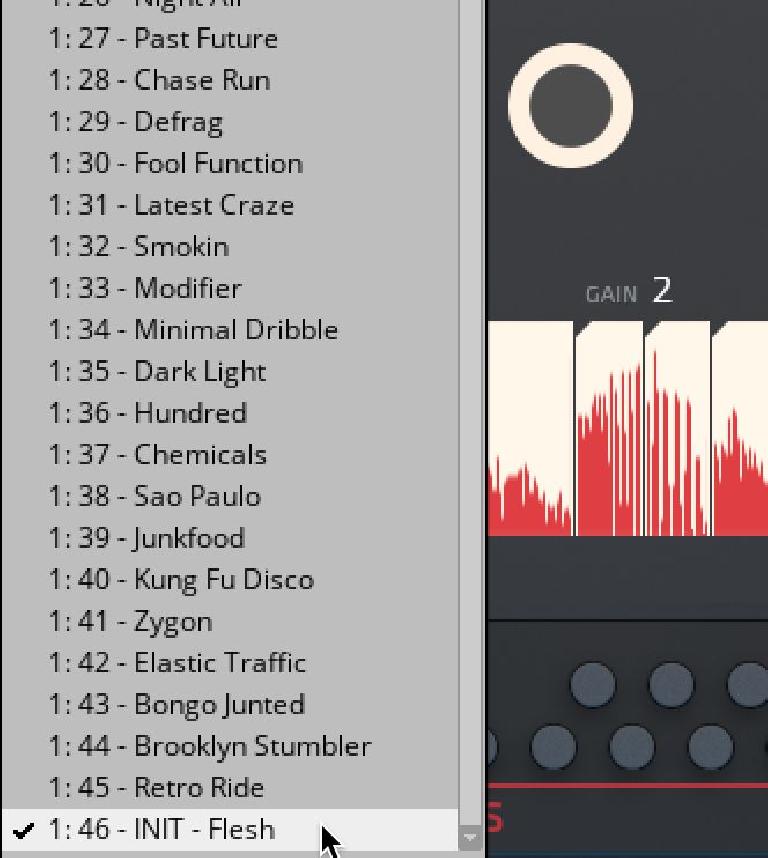 I’ll go ahead drop my chosen loop on the Sample Slot within the Samples page that I’d like to work from for Flesh’s current modulation. As soon as I do this, the Sample page values change and so does the waveform. This is a good thing! 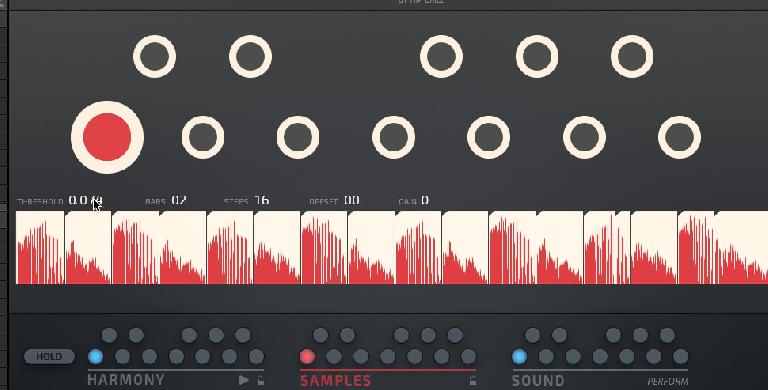 Now, once my sample loop is in, I’m going to lower the threshold of Flesh, so that it picks up more of the transients that make up the loop’s rhythm. I’ll go ahead and lower the Threshold till the loop (now within Flesh) has a good groove that keeps a steady rhythm. This value ends up being 0.074 for me, as the groove is steady and yet there’s still a little jump or two outside of the rigid 4/4 structure.

Tip: The Samples page appears to be the most basic section of Flesh, due to being populated mostly by numerical values. Actually, these numerical values associated with Length, Gain, and Offset can radically alter any pattern occurring in Flesh, causing all sorts of rhythmic and melodic havoc to occur.

Now you can use the Hold button to tweak out a Flesh arrangement. But you’re eventually going to have to do this step anyway. So let’s go ahead and draw in, within Ableton, where Flesh is going to start playing. This note is going to be A1 within the Clip’s Note Editor.

Now that I can start and stop my Flesh loop with my DAW transport start and stop rather than pressing a MIDI key or Hold, it’s time to start tweaking. I generally like to start off in new Flesh patches by working with one instrument at a time. In this case, I’d like to jump to the Sample Player itself.  I’ll click in the middle of the pots for the other Flesh channels to mute them so that only the Sample Player can be heard. Then, I’ll click the icon above the Sample player to go in and tweak the settings.

I really like starting from the Sample Player because anything you do to it in terms of settings will affect the modulation of the synths to a certain degree. So it’s nice to get the loop sounding good first as it’s going to affect the other instruments anyway. One preset that I really enjoy is the Megabeat preset, as it really allows you to introduce some of the real qualities of the drum beat as opposed to masking them like some of the other presets do. Granted, sometimes masked drums are better. But this isn’t one of those cases!

I’ll lower the length of the Sample player to reduce gate times of the drums to make them a little more choppy and lower the Spectrum knob to reduce the high frequencies while at the same time boosting the Character knob to get some more detail out of the loop itself. This will make more room for synths to play through, while still allowing the drums to maintain a presence in my Flesh mix - especially with the Mod knob up, to add a little more movement and modulation from Flesh.

Now with the Sample player straight, I feel pretty good about adding in some synths. In the main Flesh mixer page, I’ll begin raising the Mono Synth's level until whatever is coming out sits nicely along with my drum loop.

In the Mono synth interface, I’ll switch over to the Monomom preset and lower the synth by one octave. The Mono synth is really cool because it can act as a bass when you don’t need something as deep as Sub. But it can also be a lead, a pluck and most other common synth patches you hear. Again, here I’ll keep the Spectrum low and the Character high so that I get some beef, but not too much in the High Frequency range. I still get some of the cool peculiarities of the synth thanks to Character.

Once I start mixing in the Poly synth (not shown), while it’s on the Polygamy preset, I get some cool, instant chords that really groove with what I’m doing. Especially when I raise the Poly Synth's Octave and Length. Now, it floats over the other instruments and once I start introducing key changes, will follow along without me having to worry about what’s being played, for the most part.

Here’s where things start to get fun. Now that I have a basic mix set up in Flesh and the instruments predominantly dialed in, all I need do is draw in my clip sequences, and determine where and what key Flesh is going to play in. This can be over several bars.

Or, it can be played in tighter sequences as well, for more complicated melodies.

However I decide to play Flesh, I now have an auto-accompaniment of sorts, similar to an old Casiotone or Yamaha. And I can have it accompany vocals, another melody or just use it to jam out during a live performance. 5 Flesh instruments rocking out with me.