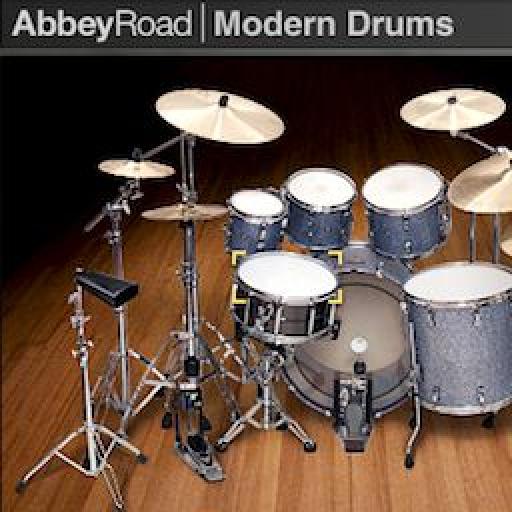 Language
If you have Native Instruments' Komplete 8 and you haven't yet explored the Abbey Road Drum Series, David Earl (aka sflogicninja on YouTube) points out what you've been missing.

Native Instruments unleashed a heaving helping of sound libraries with Ultimate 8. When I originally opened it up and installed, I was initially dismayed that there were no new instruments, per se... just new libraries, and 'players'. Little did I know what I was about to discover in these libraries, presets, and players. A veritable cornucopia of meticulously designed libraries that brought so many new tools to my table I was almost overwhelmed. One of my current (of many) favorites of the new Kontakt 5 libraries is the Abbey Road Drum series. Let's take a look at what they have to offer.

Step 1 - Selecting the Right Drum Library for the Job

The Abbey Road Series comes in several flavors: 60's drums, 70's drums, 80's drums, and 'Modern'. Each kit offers its own unique timbres and possibilities. The libraries will automatically install on the left side of your Kontakt GUI after installing.

When confronted with the Abbey Road interface, we are given a picture of the drum set itself. All of the drum elements are represented here, and the drum preferences are automatically selected by MIDI note as a default. Keep in mind that it takes a little while for the samples to load. Don't be discouraged if some of the drums don't play right away. 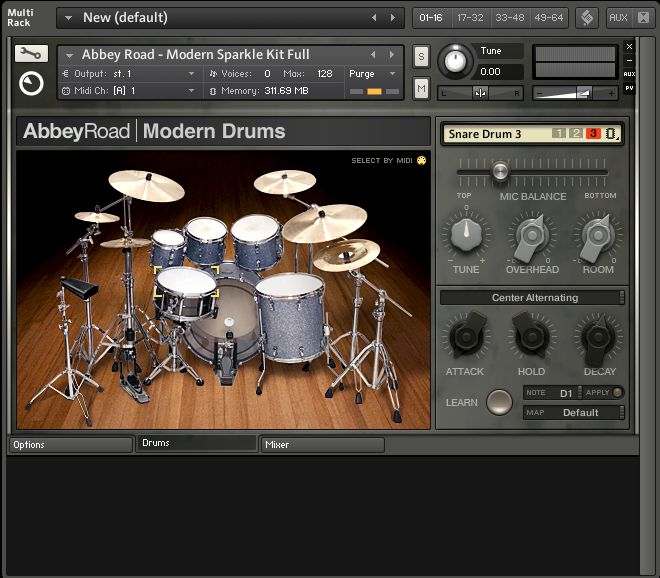 To the right of the picture of the drum kit, we are given the instrument selector, mic balance and tuning, and articulation menu.

The instrument settings are drum-specific. In the case of the screenshot below, we see that we have selected 'Snare 3'. There are 2 other snares that we can use with this kit that have been matched to the kit. If we select snare 1 or 2, the picture of the snare will change, and a new set of snare samples will be used. 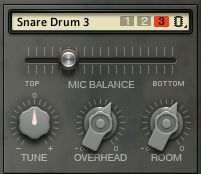 Under the instrument name, we have mic settings. In the case of the snare, we have a top mic and bottom mic. we can select the mix between the two mics and can also dial in how much of the overhead and room mic are being used. There is a tuning knob here as well for fine tuning the drum... a must with something like a kick drum. The mics will be tailored to the drum, and some mic settings will be different for each drum.

In the articulations menu, we are shown a list of all of the available articulations for the given drum. Each articulation can have a different attack, hold, and decay envelope. We can also re-assign the drum to whatever key we want on our controller. the kits are set up close to General MIDI standards by default. We can freely choose from a set of popular MIDI mappings here as well by selecting from the maps menu. This is a godsend for those using MIDI drum kits such as the V-Drums.

The mixer button gives us a beautifully aged mixer that allows us to mix our drum kit within Kontakt. We are given the major mix groups, and can pan them, adjust relative volumes, and increase and decrease the width of the stereo overhead mics and room mics. At the bottom of each channel we are also given the ability to route the kit to Kontakt's internal mixer, whose configuration is set for all instruments in Kontakt. Explaining that routing warrants another article! 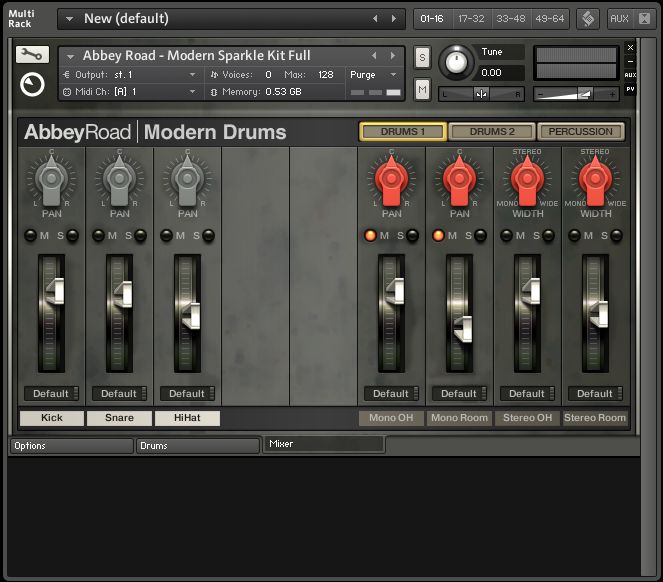 I find that Abbey Road drum kits are amazingly well set up right out of the gate, and with a little tweaking, they lay in very easily to almost any kind of music I'm creating. Hope you have as much fun with them as I'm having.

Oh, if you'd like an even more British sound? Compress the living #$%^ out of them. Heh.

apeacefulwarrior
Hello!
I wonder - is there a way to play these kits in a practical way on my Roland V-drums?

I mean for exampla so the Roland snare corresponds to the Abbey Road snare with articulations etc. It would be awesome to play these sounds on a drumkit.

I donÂ´t have that much knowledge in the area and would enormously appretiate any kind of help.