Using Guitar Pedals With Your DAW

Language
Got a bunch of guitar pedals laying around? Need some inspiration for getting new and exciting sounds? Why not try your pedals on other stuff instead of your guitar! Toby Pitman shows you how.

The stomp box market is booming. There are so many weird and wonderful effects about now that are just as interesting as any plug-in. Players have been using pedals on synths and keyboards for years and many top producers use pedals for shaping sounds when recording and mixing so why not have a go yourself!

There are a few different ways you can introduce pedals into your DAW setup.

There's absolutely nothing wrong with placing stomp box effects in front of a guitar or hardware synth when going into your interface, unless that is your a total commitment phobe! The signal will obviously be printed with the sound so there's no going back. Then again this is what you do when recording an amp so no big deal.

Pedals, especially OD/Distortions can really help with guitar signals going into amp modelers and can often improve the scenario as some modeled amp distortion can be unpleasantly harsh and one dimensional.

Effects like Flanging, Phasing and Chorus are also far more pleasing when using an analog circuit from a pedal.

This takes a bit more work and requires a bit help from a re-amping gadget but can yield some very cool results on practically any sound you like.

The idea is that you send a signal from your DAW to an output on your interface into a bunch of pedals and back into an input (preferably a Hi-Z) on your interface that can be run live (as an input) or printed to a new track.

Most pedals need to see a high impedance signal like the one coming from a guitar. As audio interfaces output line level signals (-10 to +4) you'll need to convert this signal to Hi-Z using a re-amping box before going into the pedals. 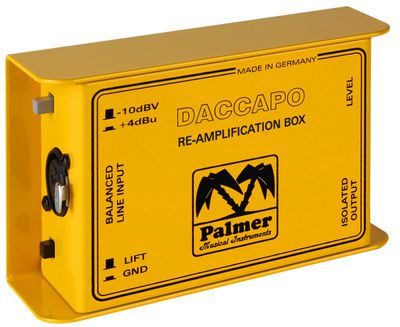 These boxes are pretty cheap (starting at $70) and incredibly handy to have in the studio. The most common scenario is recording a DI guitar sound alongside a mic-ed amp. If you don't like the amp sound you can throw the DI back into an amp later and tweak the sound!

Logic Pro has a great plug-in called I/O. You insert the plug-in on any track and choose an '˜Output' and '˜Input'. 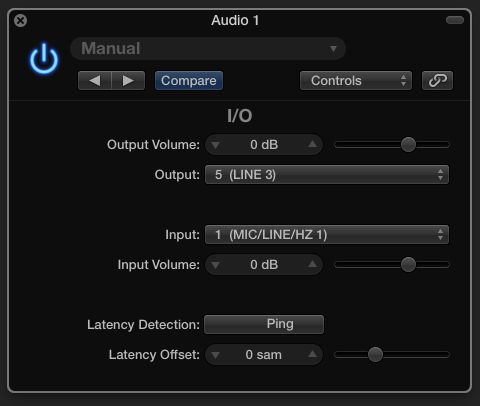 Once the circuit is complete (i.e. everything is plugged in) you can hit the '˜Ping' button and the plug-in will offset the latency caused in bringing the signal out into the real world and back in. 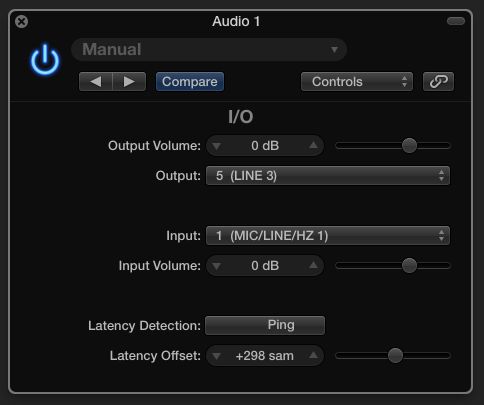 Very clever! Here's a pic of of this setup in action. 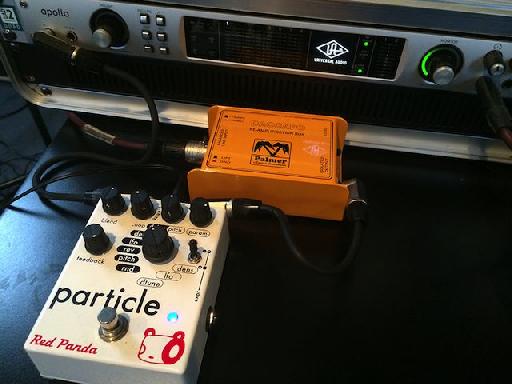 Using this method you can really have some fun. Just running a track in and tweaking pedals in real time as you go is much more creative and hands on. 100% wet delays, Wah Wahs, Tremolos, Auto Filters, anything is good!

Adding grit from guitar pedals works great on drums (both live and electronic) and synths. You're not even limited to pedals! Hardware compressors, EQs, Modular Synths! It's all good!

You can also use this method to run signals out into external reverbs and delays as Aux sends. In fact a lot of higher end guitar FX pedals (Strymon, Eventide) can handle line level inputs with ease, in Strymon's case up to +8 negating the need for re-amping boxes. You also get the benefit of hands on tweaking!

Maybe it's time to get your audio out of the box and into a smaller box... like a stomp box!

TB
Awesome man! Just what I wanted to know about!! Sweetwater told me about the Mixing Link, but this seems easier!