Language
Continuing with his tips on DJing using Ableton Push, Tadhg Leonard looks at how to use Push to record and replay your FX automation data in the third part of this mini-series.

In this series, we have been looking at ways of utilizing Push's hands on features to enhance your DJ sets. Here we are going to look at a neat trick that really showcases Push's power, not just as a production but also a live performance/DJ tool.

Using Push to record and replay your FX automation data

When you add an effect to your DJ sets in just the right way, wouldn't it be good to save the automation data from this and loop it or add it again to your set later on? (For example when adjusting the grid parameter of the Beat Repeat Plug-in perfectly in time with the beat).

This can be achieved in Live by using Dummy clips. Dummy clips are nothing new but have proved an excellent way of introducing pre-automated FX to DJ sets and live performances. Their potential was enhanced with the release of Live 9, more specifically the introduction of Session View Automation. Now users were able to record and store the automation data into each clip during a live performance. With Push, however, you can take this to the next level by creating, editing and manipulating whatever effect you want through a dummy clip, directly from the Push interface itself.  Let's take a closer look.

To get started, you need to create an audio track and rename it 'Dummy Track'. Route the audio to your Dummy Track from the 'Audio From' menu of the relevant track(s) in your set. Set Monitor to 'In' on the Dummy Track and place an empty audio clip in the first clip slot of the track. Set its length to four bars. This will be used as a 'Back to Normal clip' which will return the audio signal to an unaffected state. 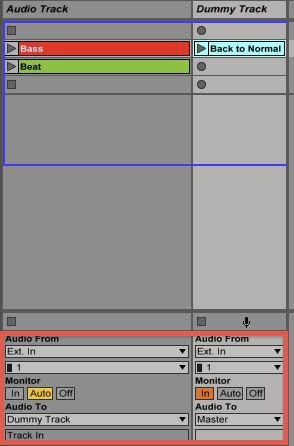 Duplicate the Dummy Clip a number of times. Each instance of this clip will be used to house the automation data for a different effect parameter. Firstly, let's add an Auto Filter effect to the Dummy Track by pressing Browse on Push and navigating to Auto Filter in the Devices list on the LCD screen. 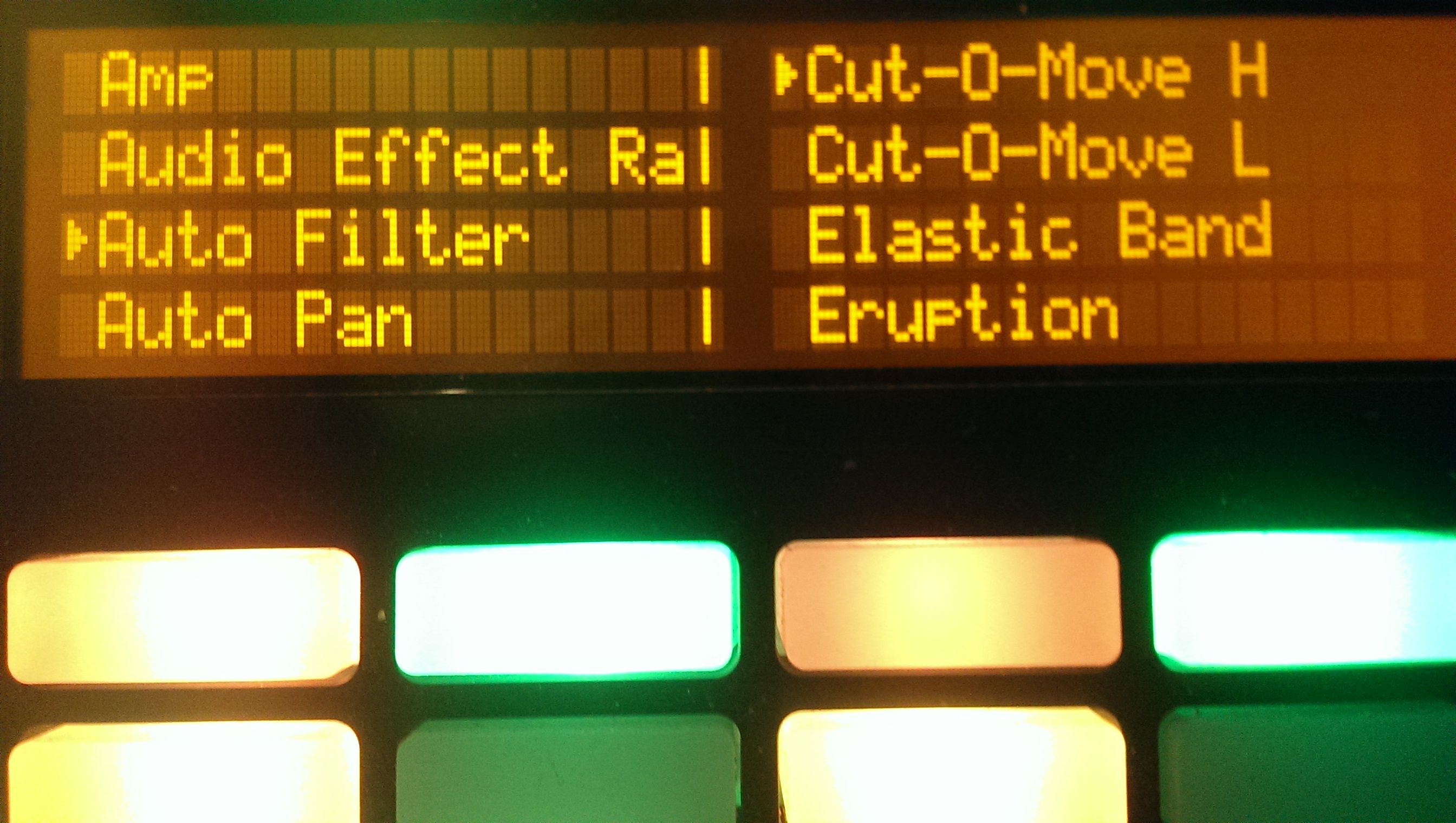 Now it's time to turn on Session Mode Automaton so we can manipulate the frequency of the audio signal and have the automation data from it loop back as long we want. Hit both the Automation and Record button on Push and launch one of the Dummy clips. 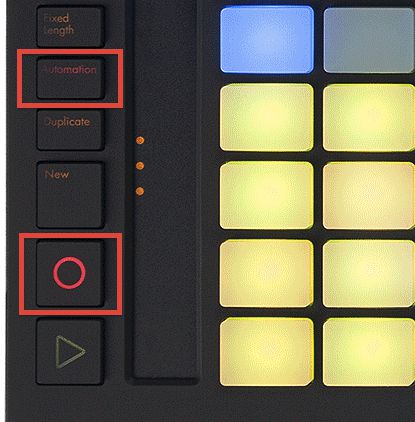 Press the Device button on Push and start to tweak the filter frequency using the relevant encoder on Push. As the clip is set to four bars, the clip will replay the automation data, which you have recorded in, over four bars. You can override this by continuing to tweak the frequency parameter until you are happy. To return your audio to a dry signal, launch the Back to Normal dummy clip.

Next launch another dummy clip and add a different effect to the track, again through Push's Browse mode. As before, record the automation data of your chosen FX parameter into the clip. Should you wish, you can adjust the length of the clip by pressing the Clip button on Push.

Continue until you have plenty of exciting automation data from a wide range of FX parameters stored in the clips. The great thing is that it can all be done from Push while playing live and further highlights what a innovative controller it is for Ableton users