The console that defined the sound of the 70s can now be yours in audio plug-in form for UA interfaces and the UAD-2 platform. Bring it on!

SCOTTS VALLEY, CA • February 13th, 2018 — Whether it was housed at Olympic in London, Musicland in Munich, or in the famed Rolling Stones mobile studio, the Helios Type 69 console was at the center of hundreds of iconic albums from rock’s “Golden Age.” From must-own albums by Led Zeppelin, The Beatles, Jimi Hendrix, and Pink Floyd, to Bob Marley and the Wailers, David Bowie, Black Sabbath and AC/DC, the Type 69 delivered fat, unmistakable attitude, with a punchy midrange and an assertive growl. 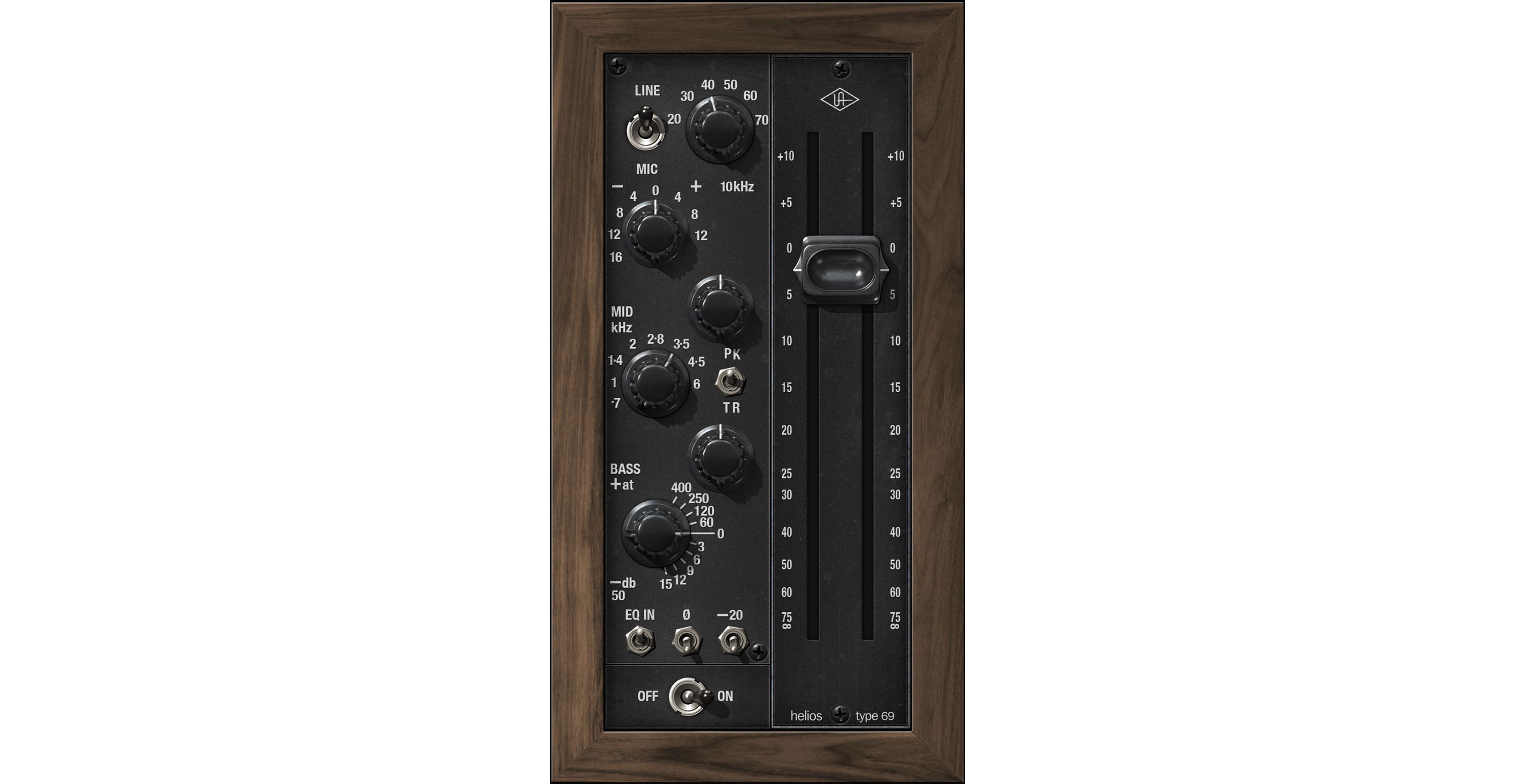 In developing the new Helios Type 69 plug-in, UA’s team of engineers dug deep into two original Type 69 Olympic-era “golden units,” faithfully modeling their custom-made, feedback-style, 70 dB input section — along with a complete emulation of the coveted Lustraphone mic input transformer. This end-to-end circuit capture is the only "triple-amp" preamp on the UAD plug-in platform, and offers the same complex flavors as the original hardware.