What if you need to change not just the structure of a vocal sequence, but the intonation of individual words? Salvation is here in the form of iZotope RX7's Dialog Contour Module. 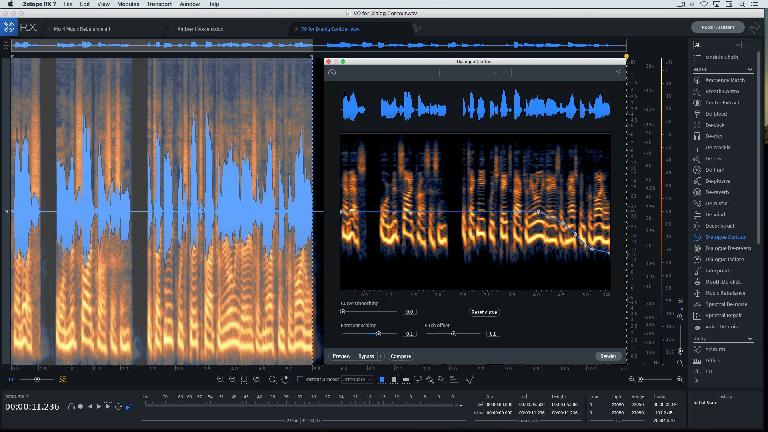 In a dialog recording, the pitch of the voice is constantly changing subtly—along with level variations, changing pitch may accent certain words or syllables, define a sentence as a question or a statement (pitch up or down at the end), and contribute to phrasing and the speaker’s overall cadence. Experienced speakers—like professional voice actors and voiceover announcers—are skilled at modulating their pitch for just the right effect, to convey meaning and attitude most effectively. But less-experienced speakers may not be able do this as effectively, and even with seasoned pros, the inevitable editing performed on the recording—due to language, content, and time considerations—can have a negative effect on the pitch variations that contribute significantly to the speaker’s delivery and style. That’s where Dialog Contour comes in.

Most DAWs let you alter the pitch of a recorded voice using built-in pitch processing features, like Logic’s Flex Pitch for example. But for dialog recordings, the note-by-note interface of most of these tools may not always be the most effective way to tweak the gradual contours of a spoken word recording. RX7’s Dialog Contour module uses an approach similar to the Automation in your typical DAW. Instead of dividing the audio into individual words and syllables, Dialog Contour offers a continuous pitch line. This corresponds to original pitch throughout the recording, and you can make dynamic changes to pitch by inserting nodes—automation-style breakpoints—in that line, and dragging to raise or lower the pitch. 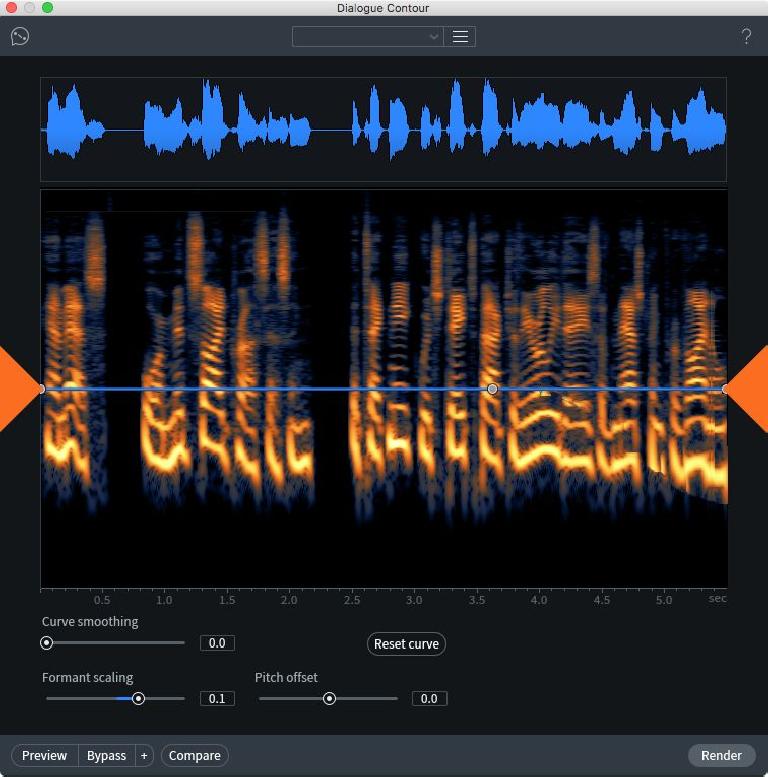 The pitch line in Dialog Contour

This allows for more gradual changes to pitch, especially with a little smoothing dialed up, which makes the pitch change between nodes less jumpy, requiring fewer nodes to accomplish a gentle change in pitch. With many pitch processors, you’d have to re-pitch a whole word, or divide it up into syllables, and still move between tools to tweak the more subtle pitch lifts/drops between words or at the end of a word. Dialog Contour offers a more seamless way to visually shape the pitch contour, making for potentially smoother pitch variations. The module provides a spectral display, with a traditional waveform view above, to help identify specific words and syllables more easily, and it’s pretty simple to go through a voice recording, adding Nodes just as you would if you were drawing in automation—this familiar paradigm makes the process relatively quick and painless.

Are You Asking Me Or Telling Me?

A typical example of how Dialog Contour might be utilized is this voiceover (it’s mine, from a recent mastering course). In the original recording, you hear the tail end of a comment about M-S processing.

That sentence was edited, however, removing the last phrase. Originally, the speaker’s intonation clearly anticipated that next phrase—the pitch went up—and now with the phrase removed, the sentence sounds incomplete, or as if the speaker is asking a question rather than making a statement.

Dialog Contour can make quick work of this. By adding a few well-placed nodes at the end of the now-final phrase, and dragging the pitch line down gradually, it’s easy to make the speaker’s voice drop in pitch as it would have if this had originally been the end of the sentence. 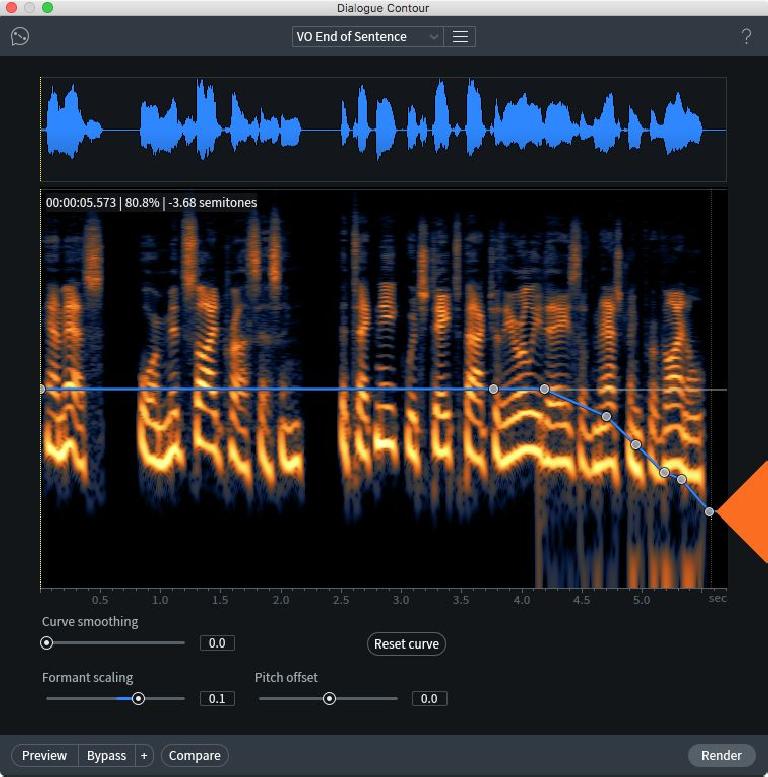 Now it sounds like a statement, with a proper end-of-sentence pitch drop. You’ll have to get used to exactly how much pitch variation to dial up in different situations with different speakers, but that’s pretty easy, and once you do it’s simple matter to go through a dialog recording, tweaking pitch here and there, until everything sounds just right.
Learn more about advanced audio editing and forensics with iZotope's RX tools: https://ask.audio/academy?nleloc=category/audio/topic/izotope