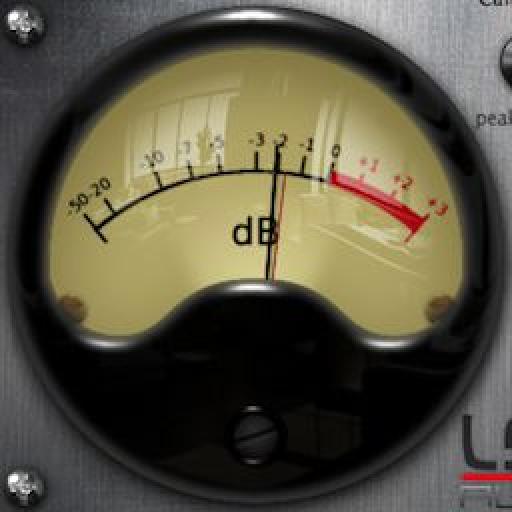 Language
In the mixing stage? Need some different audio plug-ins for filtering? Darren Burgos shares his list of ultimate freebie audio plug-ins to add to your collection.

Plug-ins can be very expensive, but let's face it... we need them! In the same way engineers use physical gear, plug-ins are just as vital toward perfecting our mixes in the digital world. In this article I'll be showing a brief introduction to 11 plug-ins for use in your DAW while mixing, and for creative purposes. The ones I'm showing are all in both VST and Audio Unit format, and have both 32-bit and 64-bit versions, so if you don't see your favorite free plug-in here keep that in mind. Many of these plug-ins are by small developers. Even though they're considered free because they're fully working versions with no limitations, many of the developers create these “free” plugs in hopes that you'll donate what you feel they're worth, or that you'll buy another paid plug-in they sell. So if you like these, consider helping out the developers! Programming is a time-consuming and difficult art... these people deserve to be paid for their efforts.

Let's start off by looking at a couple of filters; Togu Audio Line or TAL for short, have been producing excellent sounding plug-ins for years now. Tal-Filter-II is just one of the many free (donationware) plug-ins they make. This is an animated filter/gate/panner. You can draw in tempo synchronized nodes that open and close various filters like band pass, low pass, high pass, and volume/panning too. The BPM Factor parameter allows you to either sync to the default 4-bar pattern, or you can really speed things up by as much as 32X. This effect is great on bass lines, drums, and string/chord sounds. 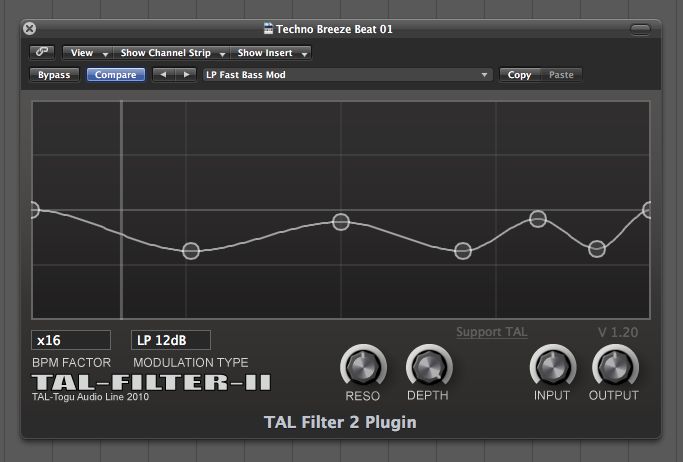 Next in the filter category, let's take a look at OhmForce Fromage. Despite the name, this plug-in is far from cheesy. It's been around I'm guessing for nearly 10 years, and is still one of the best sounding filters out there. It actually sounds so good, I'd say it even gives Sonalksis' Creative Filter (not free) a run for its money... almost! Fromage is a multi-band filter with resonance, and tone adjustments. Things really start to get trippy when you add more bands (up to 16). You have control over the width of the bands, and delay... these parameters can create a comb filtered type effect. 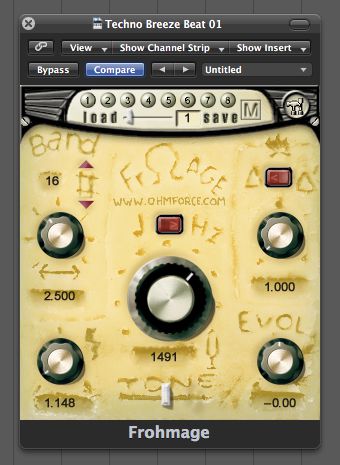 There are very few free tube warmth effects. Nick Crow Lab's Tube Driver is really the only worthy one in my opinion. This is a great sounding tube effect that really fattens up bass, and adds warmth to nearly anything you send through it. Check out their other free tube guitar pre-amp effect Wagner Sharp too.

On to Plugin Alliance/Brainworx's free BX Solo plug-in. This plug-in, lets you listen to a source as “mid side.” It separates the center information in a stereo mix from the wide, or panned material so you can hear either of them individually. This plug-in is meant to introduce you to Mid Side processing. In other paid Brainworx effects, you can actually process the mid and side information independently. Even if you have no interest in mid side processing, BX Solo has a great stereo width knob for either widening sounds, or making them mono. There's a total of 4 free Plugin Alliance effects, so be sure to check the rest of them out too. 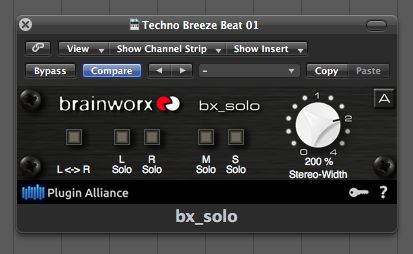 Now let's take a look at a couple of free compressors. First we'll check out Audio Damage's Rough Rider. This is not a subtle compressor! It's meant to be obvious for creative purposes. It sounds great on drums when you're actually looking to colorize them with some pumping action. You have your basic compressor parameters like Attack, Release, Ratio, Make Up gain, etc. This is Audio Damage's only free effect, but check out some of their other paid effects and instruments if you find this useful. One of my favorites of theirs is Replicant (not free).

Another free compressor I like is by FXPansion called DCAM FreeComp. It's the opposite of Rough Rider, in that it's meant to compress in a much more refined way. It's modeled after a classic british bus compressor, so subtle containment is where it excels. This is actually quite a nice compressor... especially for the price! Use it on drum loops, or as a bus compressor (like the compressor it was modeled from). 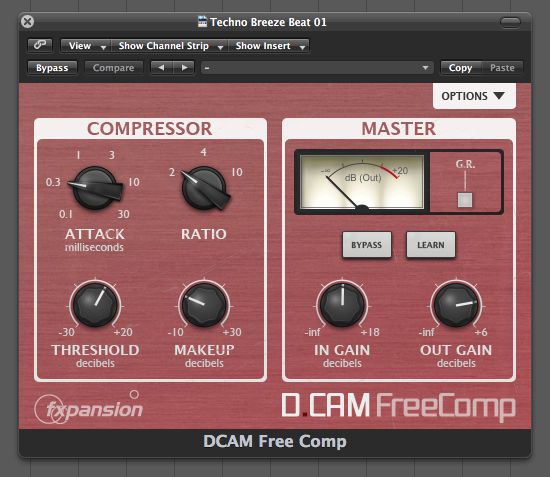 Blue Cat make a free bundle of effects called not surprisingly Blue Cat's Freeware Plug-ins Pack II. This great bunch of plug-ins comes with a chorus, flanger, phaser, analyzer, gain, and an EQ. The stand-out for me is the Blue Cat's FreqAnalyst. In high resolution, it let's you visualize what your tracks, or your entire mix looks like across the frequency spectrum. The plug-in has a size option so it can be displayed in a very large window, and the “average” button displays a held average frequency, great for finding problem areas, that you can then adjust with an EQ. 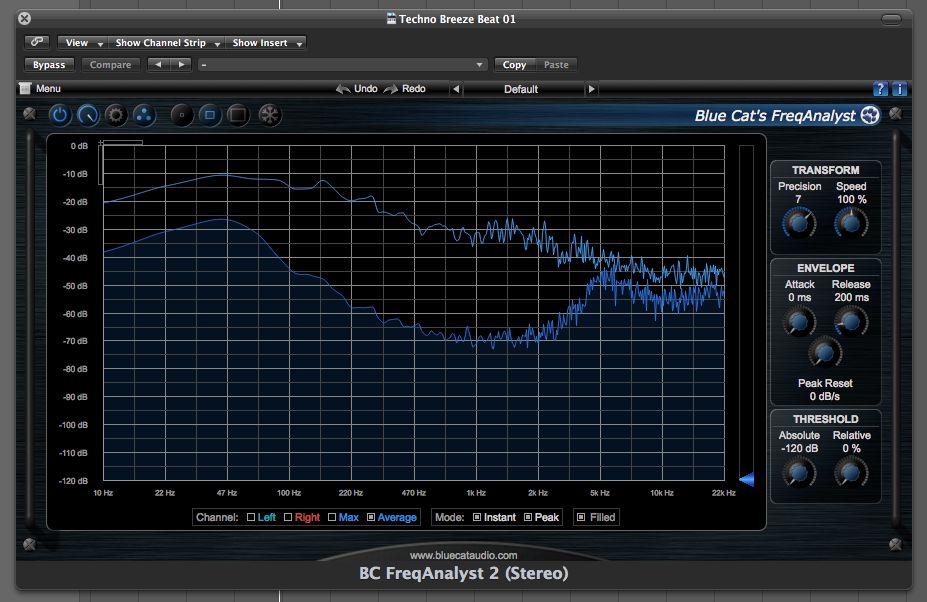 PSP Audioware's Piano Verb is a reverb plug-in based on creating reverb from the strings of a Piano! It can sound like a stands reverb, or with long decay times, and transposition... you can get some truly bizarre and twisted sounds from it. 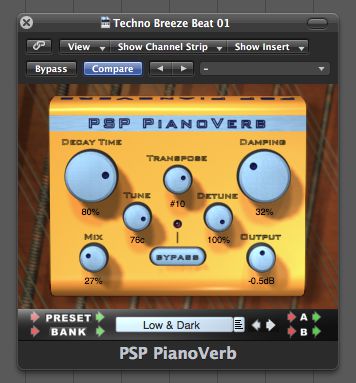 Let's go back to TAL for the second Reverb. It's called Tal-Reverb-2. They also make a version 3, but I think the version 2 sounds better. Don't expect perfect sound quality from this reverb... it's actually quite gritty, but hey, it's free! It does have a warmth to it, and plenty of character so give it try, you might like it. 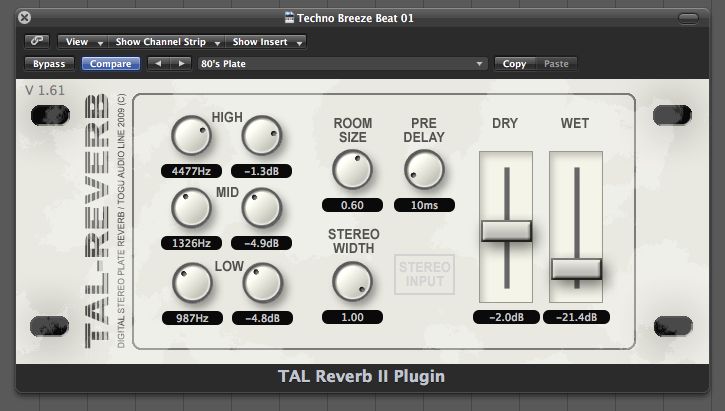 Finally we'll take a look at a couple of free metering plug-ins. First let's look at LSR Audio's LVL Meter. This is for all the hardware freaks out there! It's modeled after a vintage analog VU meter. It's very simple, with only one adjustable parameter that allows you to change the response speed of the needles. There is also a peak indicator. 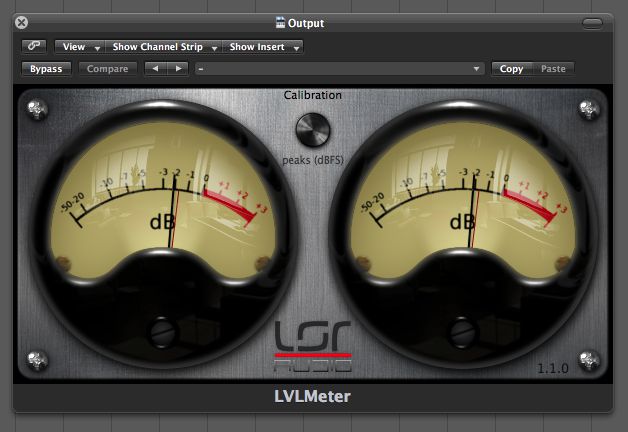 Lastly, let's look at Sonalksis' Free G meter and master fader. Place this free plug-in on your master out strip and you'll have a nice meter that not only shows you peak volumes, but also your average peaks too. You have control over volume, panning, phase, and it even has an elaborate settings page that allows you to set the meter's ballistics, pan law settings, and several other options, all for nothing! 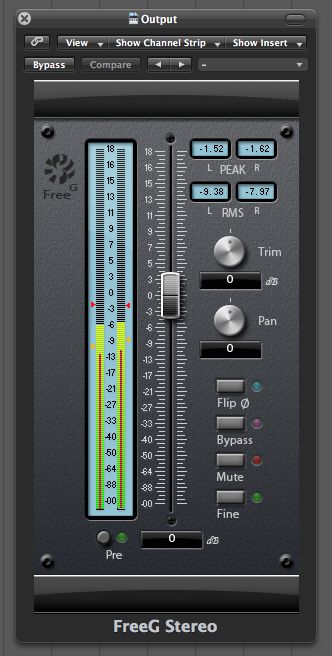 Hope you enjoyed the article, and feel free to mention any non-instrument VST/AU 32/64 plugs I may have missed in the comment field below.