Uli Behringer On New Analog Synthesizer: It's Just The Beginning

Language
The Behringer analog poly synthesizer teaser videos have peeked the curiosity of the synth world. Now, Uli Behringer has revealed more details about their synth plans on Gearslutz. It's fascinating.

So, as it turns out, Uli Behringer has been quite open on GearSlutz, and yesterday took to answering questions and providing more info about the upcoming Behringer analog polyphonic synthesizer which has been getting synth enthusiasts hot under the collar.

OK. To recap, in case under a rock is where you’ve been hiding the past month, Behringer are bringing out their first hardware synthesizer and it’s an analog poly. The third video teaser here makes that clear.

And it appears that Behringer will clearly not stop at this one synthesizer, but plan on making a big impression within the synth industry. Uli Behringer explains,

“The response for this synth has been so overwhelming that we have decided to establish a comprehensive Synthesizer Division. We are currently hiring 30 engineers and product managers in the UK and Canada; feel free to apply.”

He’s also asked people to tell them what they want to see in the future: “Please share with us what synths, drum machines, samplers etc. or features you like to have. Be assured we will carefully listen.”

But Uli goes further to explain the inspiration behind building this new synthesizer, including his own DIY synth, UB1 some 40 years ago (see image below).

“Allow me to give you a little bit of background information about the new synth. When I was a young kid, I built an electric piano/synthesizer called the UB1 (picture below). The synth had two analog oscillators and a filter that was so unstable that at times it acted as an oscillator - and this was not by design. 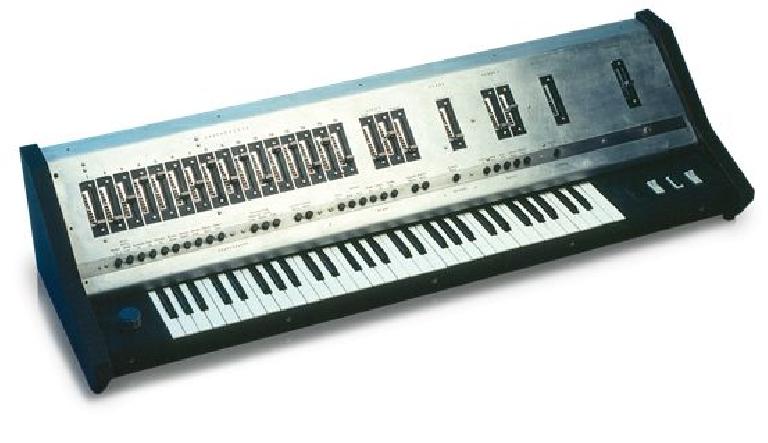 "The keyboard and the massive toggle switches on the right side came out of an EKO organ that didn't survive the impact of my screwdriver.

"The UB1 was nothing great by today's standards but I believe it is this very keyboard that sparked off my passion for music and electronics and later got me into this wonderful industry.

"Unfortunately the UB1 got lost during a factory move and for the past 40 years I always wanted to build a synthesizer again. When I shared my deep passion with the Midas engineering team in Manchester UK a few years ago, I was very surprised how many of these engineers had a tremendous passion for synths, too.

"That's when the "madness" started and there is no other way to describe it as for the past few years these guys literally worked day and night to get it done.

"The synthesizer was initially considered a pure "labor of love" project as we had no commercial aspirations. However what was considered a simple synth project, got completely out of hand and sound capabilities plus features got added on a weekly basis.

"People constantly heard me say: "Pete, we got to stop this now", but you can imagine that it had little impact and the team kept on adding and adding. I can't even remember how many front panel design iterations we went through and I believe the guys are still adding more features as we speak - of course without telling me:-).

"Because the team wanted to fulfill my dream and build me a synthesizer, I had no choice than to let them go crazy and I am afraid this is exactly what happened:-).

"At the same time, the boys also wanted to have some fun with the marketing so please forgive them for the teasers. I am happy to take the blame!

"I like to take the opportunity to thank Pete Sadler, Rob Belcham and the rest of the Midas team from the bottom of my heart for what they have done for me.

"Hopefully some more people out there will love the synth as much as I do.”

Stay tuned to AskAudio for more info on all Behringer synthesizers and gear.

Stay tuned to Behringer's Facebook page for updates too.

In the meantime, check out the incredible range of in-depth video courses on synths and synthesis in the AskAudio Academy. (During the summer access to the Academy is just $9 a month, instead of $15!)

Click here for more info on this exceptional deal.