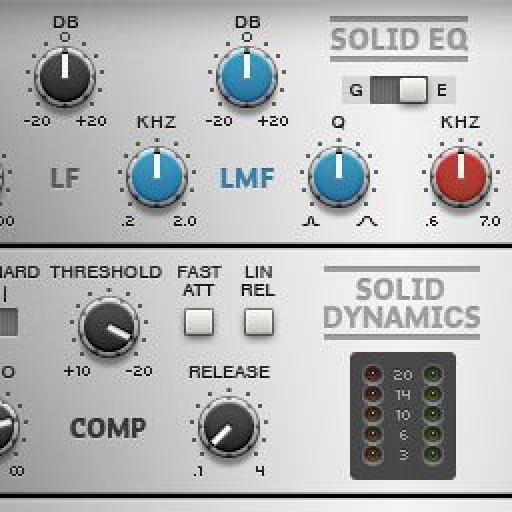 Language
Want to emulate the much coveted SSL hardware in your music? Mo Volans investigates how to use NI's Solid Mix Series in Guitar Rig to treat drums.

With the release of Komplete 8 we saw NI introduce a whole host of new toys and amongst them was the Guitar Rig-based Solid Mix Series processors. These emulate much coveted SSL hardware and do a very good job of it, too.

Although you can process anything you like with these little beauties we'll see in this short tutorial how they can be used to spice up your drum group.

As already mentioned the Solid Mix Series processors are not stand-alone plug-ins but rather extensions to the Guitar Rig system. In fact, you will only be able to run these virtual devices if you are a Guitar Rig owner. 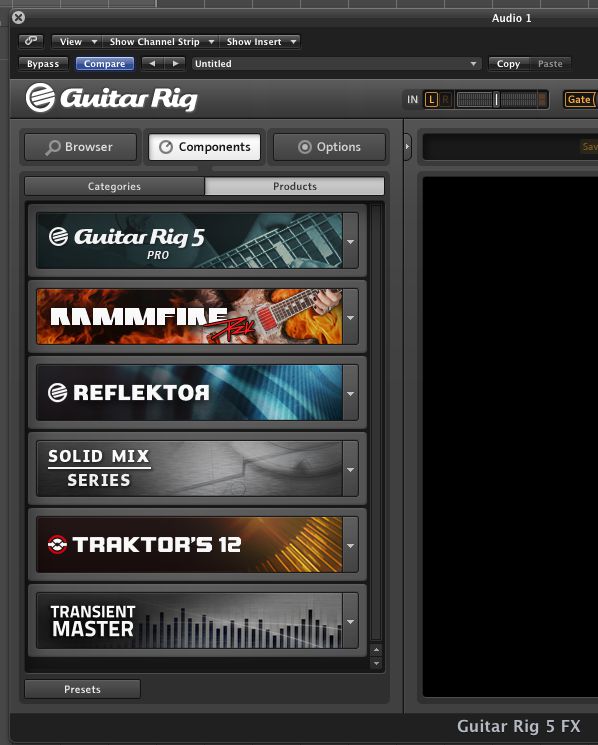 The Products tab with the Solid Mix Series showing.

There are actually three processors in total here: The Solid Buss Comp, the Solid EQ and Solid Dynamics. These cover the really popular SSL-style processors and certainly fill in the gaps if you don't own similar products from UAD, SSL or Waves. 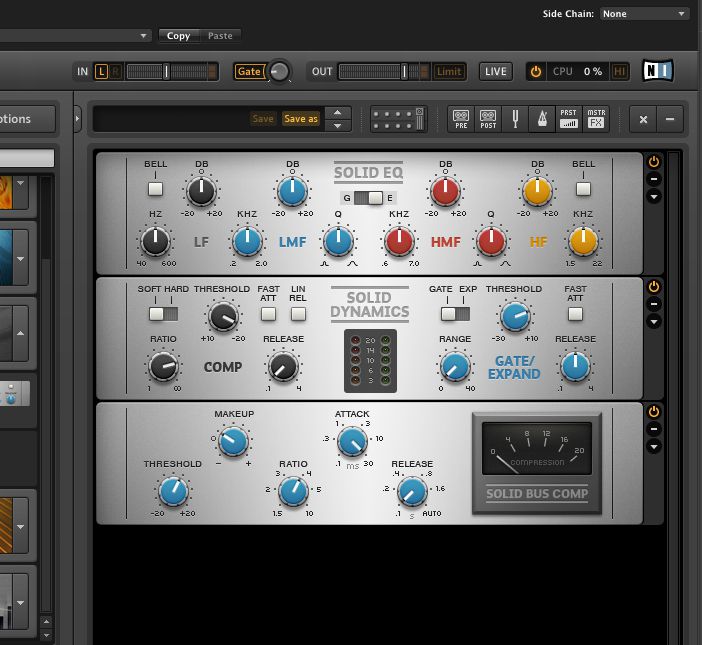 The three processors in the collection.

As you can see I've loaded up all three processors here and we can just bypass and activate as we need them. I have this saved as a patch and call it up whenever I need to access any of the Solid Mix products.

Other than a bit of overlap between the Solid Bus Comp and the Solid Dynamics devices, the role of each processor is pretty obvious. We have a four band analog modeled EQ in the Solid EQ, which is capable of some very smooth additive and subtractive filtering.

We then have Solid Dynamics which supplies basic compression, gating and expansion. This is great for use on individual instruments and during tracking. Further dynamics control is supplied by the Solid Bus Comp, this is more geared to treating entire groups or even your master output and is modeled on compressors found on SSL master channels.

A good place to start is applying some basic equalization to your drum parts using the Solid EQ. In this case I have shown how you can quite easily extend both the low and high frequencies using a fair amount of boost. Even at these higher levels the result is smooth and transparent.

The drum part with some EQ applied:

The EQ in action

Here I have also used the Solid Bus Comp device to apply some gentle compression to bring out the nuances of my drum mix and to add a little extra perceived volume. This compressor works very well for treating entire drum mixes.

And some compression is added:

The compressor is activated

We have seen some pretty subtle treatment so far but if you feel the need, these processors can be pushed harder to produce more creative effects. The Solid Dynamics device, for example, can produce some pretty extreme gating and compression effects.

In this case I've used a heavy amount of compression coupled with a gate that only allows the peaks of the loop through. This results in a very hard hitting effect that can be very useful when a more aggressive drum sound is required.

The heavier compression and gating is applied:

As you can see this little trio of processors is certainly a welcomed addition to any studio set up. If you are a Guitar Rig user I'd strongly suggest getting the Solid Mix Series installed.

leather_wings
it would have made a lot more sense to process a real drums, since to me electronic drums are not so noticeable on processing.
Rounik
The beauty of this process is that it can work on acoustic and electronic drums. Sometimes the processing may not be as noticeable when listening to the results as these are compressed mp3s... but the results, no matter how subtle, are worth reaching for.
Jonathan Schecter
which waves plugins would you call the "similar product"?
Mo Volans
The Waves SSL 4000 Collection. You can check it out here...