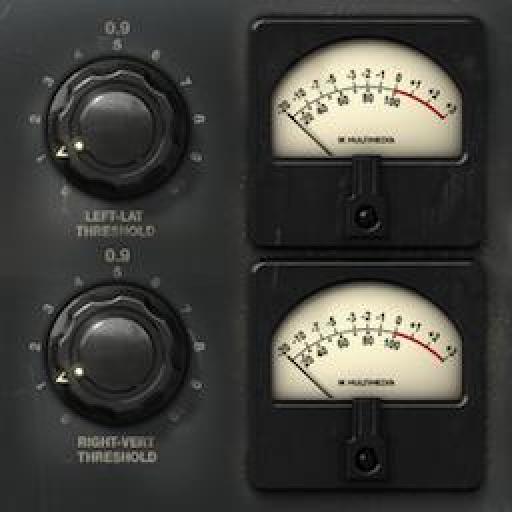 T-RackS Review: Mastering for the Masses

Language
Mastering is the post production phase where a completed mixed down track or CD album is treated through processes performed by a "Mastering Engineer". The Mastering Engineer readies the mix for wide

Mastering is the post production phase where a completed mixed down track or CD album is treated through processes performed by a "Mastering Engineer". The Mastering Engineer readies the mix for wide scale reproduction and or broadcast. In this Review we'll look at how to use the T-Racks Stand Alone Plug-ins to master your music without any mastering experience.

Mastering is a bit of an elusive art since it's typically done without the artist or mixing engineer present at the time of post production. Mastering is also a phase of the production cycle where the term "Less is More" is the gold standard. Check out Logic 401: Logic's Mastering Toolbox, by Steve Horelick for an up close and thorough understanding of what "Mastering" really means.

In layman's terms, the mastering of your final work, after the finished mix is completed is the final polish. You may be asking yourself at this point, why did I just say "finished mix" is completed and "final polish" in the same sentence? Isn't the final completed mix just that, the 'polish' so to speak? Well, I asked my long time friend and colleague Steve Ouimette that same question. I got some surprising answers. The first answer was that "the Mastering Engineer makes the mix just feel right". He actually said "they impart a kind of magic to the mix where you can A/B the mix with and without a mastering treatment and feel the difference as well as hear it."

What if you're not able to send your work to a Mastering Engineer? Steve told me, he does his own mastering quite often. To accomplish the task Steve uses the IK Multimedia T-RackS Mastering suit. According to Ouimette, "T'RackS is "an amazing tool" which he uses in just about every mix.

Putting the Goods to the Test

I decided to put the T-RackS to the test myself in a small way and see how using only  the T-RackS as plug-ins on my DAW's master bus would do.

In my case, I used a perfectly good and very well mixed drum track. To see if the logic that less is more holds true, I decided to pick from the preset selections that the T-RackS offer you. The presets are an excellent way of simply plugging in and letting the "magic" be done. Ironically, the preset I used was 1db 670 Magic. I inserted the T-RackS 670 which is the the holy grail of vintage compressors.

The Holy Grail of Mastering Compressors?

The original Fairchild 670 had 20 vacuum tubes, 11 transformers and two chokes. 16 of the vacuum tubes were in the audio circuit. The rest were used for the power supply. Of the 11 transformers, there were 4 push/pull transformers per channel. Nothing short of GLORIOUS for all the good reasons we love tubes and transformers. This machine was the definition of harmonically rich laden circuitry.

The T-Rack version is a spot on replica of the Fairchild 670 compressor which was the Stereo model. When I say "spot on", I'm not just throwing around a phrase lightly. IK Multimedia developed a process known as DSM™(Dynamic Saturation Modeling) and currently they have topped it off with their new SCC™ (Sonic Character Cloning). These are mathematical algorithms that take into account and literally "Clone" all the complex variables found in the vintage analog hardware tube and solid state electronics. The 670 is a tube based compressor so it will impart a very unique sound and through some clever design technology by IK Multimedia, the plug-in and the real world hardware are sonically indistinguishable.

In addition to the 670 vacuum tube compressor, I added a Brickwall limiter just to make sure things stayed within the boundaries. I chose the the +4db in -1db out preset in the Brickwall limiter. The limiter will create an increase if not used judiciously so it is worth noting, the Brickwall limiter has it's own sound that it brings to the table. I found it added a crispness to the final sound and there was no distortion at all which was refreshing. The limiter was very fast and did not introduce pumping. I will go into more detail on the Brickwall in a forth coming review.

These were the only two plug-ins I used to treat the mixed down drum track.

The resulting audio clips will demonstrate my outcomes. I used Logic pro 9.1.3 while keeping the mixed down tracks in three separate strips. One, was the Kick. the second was the Snare and the third was the Hats and crash symbols. The levels on these three channel strips had been adjusted for a good balance and were reduced collectively as they were going into the master buss around 0db to +1.

Audio Track #1: This is the dry drums (without the T-RackS):

Audio Track #2: This is the same track with the T-RackS Plug in:

The main advantage here is that the T-Racks Treated track offers more punch throughout and makes it possible to hear the smaller details, especially the snare while under the pressure of the kick and in the case of a full blown mix, you will not loose the definition. Comparing the two, you can listen and hear how easily the snare and hats can get lost even in the stand alone mix without any guitars or bass. This is a classic example of superior compression with a good limiter in action without hard compression. The standard holds true: less is more and with only 1db of compression, the Vacuum Tube 670 type compressor, truly brings life to the track.

What is really cool about the T-RackS plug-ins are they are able to be used individually which is great if your looking to crank up you game without breaking the bank. Comparable products of the 670 type compressor would be a kings ransom compared to the IK multimedia software. That works for me since these days, everyone likes more for less!

While the original Fairchild 670 was designed for Vinyl Disc Mastering, the use of the T-RackS vintage Tube Compressor 670 is a useful addition inside every digital musician's mixing and mastering tool box. Aside from the included factory presets, the user has the ability to adjust some unique controls such as the AGC (Automatic Gain control) which is set to govern how the two channels are compressed.

One final bonus with the IK Multimedia 670 Plug in: It weighs 0.0 lbs, while the original was 65 lbs, and is certainly not light on features or quality!

Learn more about Mastering in Logic below: 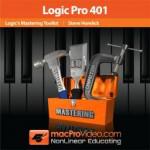 Thanks dude! Its so great to hear you talk about 'harmonically rich laden circuitry'. I knew you really knew your stuff when it came to the inner workings of amps and hardware etc so thanks for sharing your detailed knowledge!

Cheers
Hamish
Victor Mason
You're much to kind.