Tracking With The UAD Century Tube And Apollo Twin

See how Matt Vanacoro uses UAD's Century Tube and Apollo Twin units to record in his studio with this hands-on video tutorial.

The Apollo line of audio interfaces has a tentpole feature called ‘Unison Preamp’ that allows the plugins to more accurately model the sonic characteristics of vintage gear. The preamp’s gain stage and impedance will actually be controlled by the plugin to allow for a wide range of sonic possibilities. The Century Tube channel strip is the perfect companion for an Apollo Twin and a Unison slot, because it really makes you operate in a very ‘vintage' workflow and commit to a sound before you start recording.

In this accompanying video, I’ll take you through the process, step by step, of enabling the plugin in the Unison slot and engaging the various sections of the plugin. You’ll see and hear direct comparison to the originally-recorded track.

I decided to do things a little differently with this deep dive into the Century Tube plugin. Rather than accompany our usual ‘battery of tests’ with my typical setup and high-end microphones, I wanted to see how the Apollo Twin and Century Tube would fare with a more bare-bones approach. I ditched my typical LA-610 channel strip, and I closed up the mic locker and grabbed the oldest SM57 that I could find lying around in the corner of the studio. 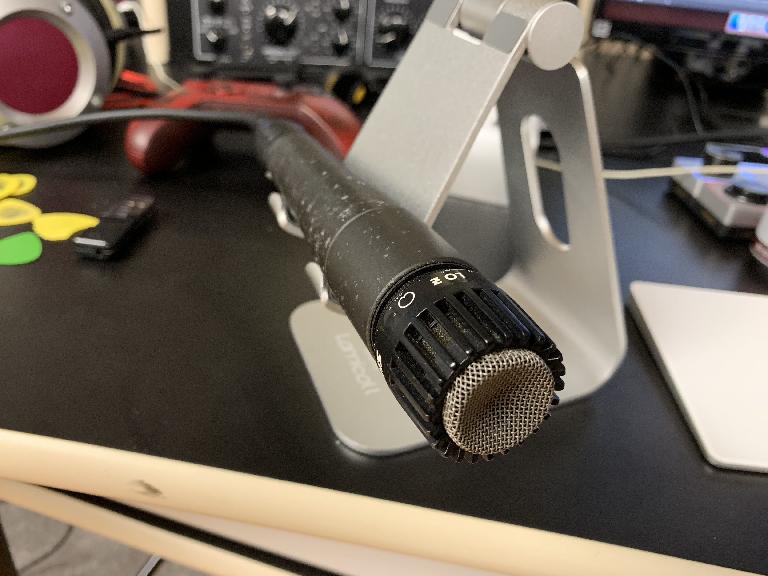 I didn’t even use a mic stand, I just leaned it on the corner of an iPad stand, pointed it at the guitar, and hit record. It hurt me to do this with my beloved channel strip and condenser mic within spitting distance, but gaining knowledge is all about sacrifice. 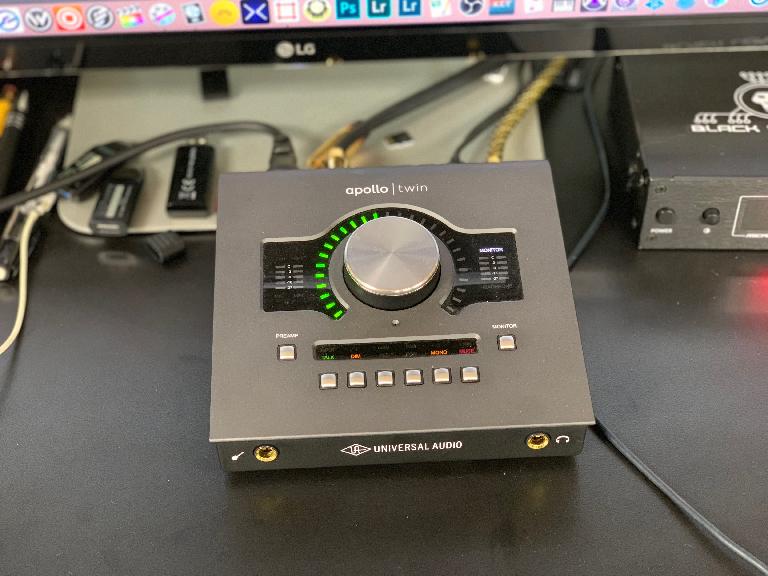 The Apollo Twin is a great interface for this ‘run and gun’ type of challenge, because it’s an interface that is a very approachable way to get ‘into the UAD environment’ without spending multiple thousands of dollars. I have the latest Twin MK2 in the Quad format, so I’ve got plenty of headroom for great plugins, plus I use it as a studio hub to control the volume, muting, and monitoring of my more robust Apollo 8P system.

Century Tube Channel Strip became one of my favorites quickly, mostly because I’m slowly becoming an ‘old codger’ when it comes to my recording approach.

*Gets up on soap box*

We can push off getting a good sound to post production so easily nowadays, and for beginner audio engineers, it can be a really tough habit to break. Using Century Tube allows you to meet somewhere in the middle. It’s an incredibly convenient channel strip, so it doesn’t take long to ‘dial in’, but you have to commit. You’re recording with a bit of compression, a bit of EQ and some color from the preamp… you’re trying to nail down a sound before you start tracking and not after. I can’t tell you how many young engineers I’ve seen EQ a snare for hours that should have simply been mic’d properly (ok, you can forget about that pic I just showed you with the SM57 for this setup, it was only a test!!).

I feel the results speak for themselves! Check out the video above. You can see and hear the process from initial setup to finish. I’m always tweaking my acoustic sound with the final mix in mind, so it may ‘cut’ a bit more than most folks like, but when it’s mixed into a song, I’ll be able to hear it without having to jack the volume to an unreasonable level. Century Tube and Apollo Twin are a great combo - if you get only one plugin with your typical ‘I just bought a new UAD audio interface coupon’, this is the one to get.

Learn more about UAD plugins in the Ask.Audio Academy: https://ask.audio/academy?nleloc=category/audio/application/universalaudio