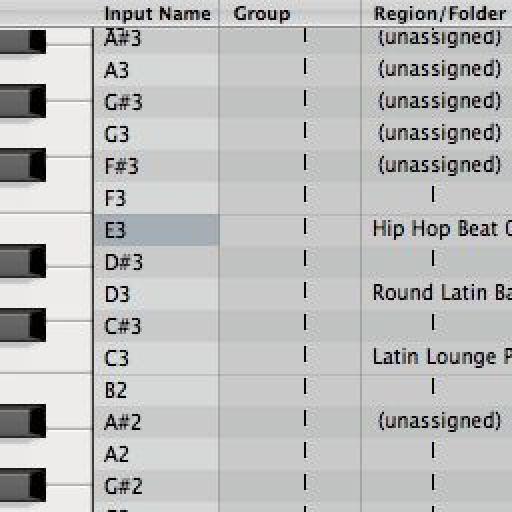 Language
One of the more unexplored areas of Logic Pro, the Environment, holds some of the most rewarding features. One of these, Touch Tracks, is widely unexplored'¦ until now, thanks to David Earl!

Touch Tracks is a way to play multiple MIDI regions and even folders containing MIDI information using a keyboard controller. This was originally a pretty fun way to audition a song when the world of Logic was all MIDI. We could take whole sections of a song and play them back in any order we liked.

Now that we live in a world of audio and MIDI, Touch Tracks can seem a little less exciting. Especially since we need to use the Environment window to get to them. Even so, the possibilities for the Touch Tracks environment object have become interesting again since the ability to convert audio into sampler tracks.

I'll just have to show you how they work, and we'll see what possibilities you come up with!

Ok, first things first: We need to open up an environment window and from the local New menu, select Touch Tracks.

We are presented with the Touch Tracks screen. Touch Tracks objects automatically become available as an assignable track in the Arrange window, and the Touch Tracks window that popped up will float, even when we close this environment window.

Step 2 - Assign the Touch Tracks in the Arrange Window

In the arrange window, take a new track (it can be anything that isn't being currently used) and hold Control down while selecting the icon in the track list. This will allow us to see the Environment layer that the Touch Tracks are in, and reassign the track accordingly.

Go to the Apple Loop Browser, and pick some green Apple Loops to drag into the Arrange window. Try a PIano, Bass, and Drums combo. Maybe add a synth pad. Knock yourself out. 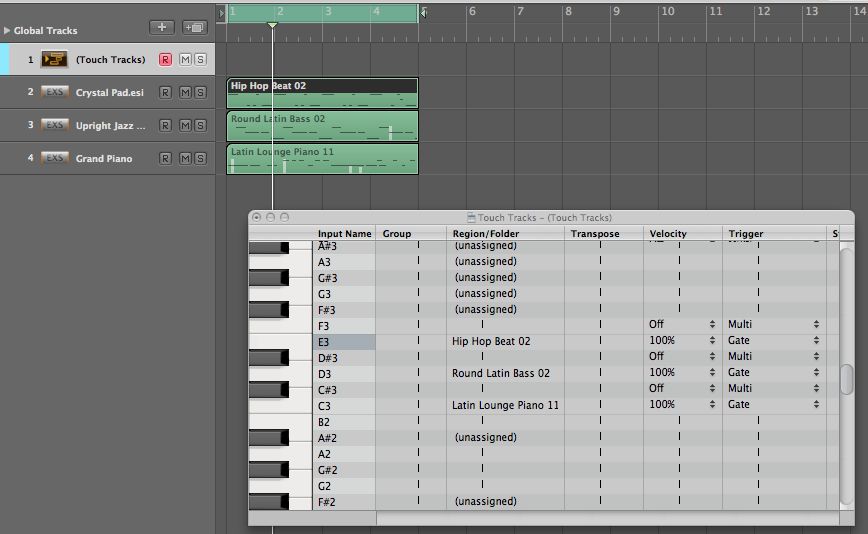 Now set the playhead after the last region has ended in the arrangement, and hit play. Be sure you have the Touch Tracks track selected in the Arrange window. While Logic is in play mode, you will be able to trigger the MIDI regions one at a time. Each Region is now assigned to its own group. You should turn all of the group settings to 'Off' or '0' to allow all regions to play at once.

You may notice some settings changing on other touch track note values. I usually ignore them.

Now the entire folder will play on a single key in Touch Tracks. Keep in mind that this folder can be transposed now as a whole, which can have mixed results. You need to be sure that in the inspector for a drum track, the No Transpose option is checked: 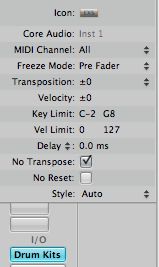 This will keep your drums from getting transposed as well.

Make sure to experiment with the other settings in Touch Tracks:

Although Touch Tracks can be slightly challenging—like a sustain message holding because you released a key before the region ended... (awkward!)—it can also be a lot of fun. I highly suggest playing around with them.

Gary Hiebner
Great tip. Sounds like Touch Tracks can be used to try out different arrangement ideas on the fly. Can't wait!
jamr
How does the routing of the touch track device suppose to work? It would seem a common thing to do as with transformers etc... I haven't been able to get a positive result from the steps you provided nor any additional steps I provided... something simple I am missing here?
Rounik
Hi jamr,

If you follow all the steps above this should work great. Some things to remember:

- Make sure the "Touch Tracks" track is selected in the Arrange area.

- Logic's Transport must be running for this to work as Touch Tracks is a "real-time" Environment component. Hit play!

- Ensure you are pressing the correct keys on your MIDI keyboard/capslock keyboard that correspond to the notes which you have dragged the MIDI regions (or Green Apple Loops) onto in the Touch Tracks window.

The routing of the Touch Tracks object as shown is a bit different than how you would normally route a transformer object.

If you would like to trigger the Touch Tracks object within the environment, try routing from a keyboard object, or create a button and reassign the output from controller values to note values and have those note values match the corresponding touch track notes.

Also, do make sure you are in play, as all objects in the environment widow receive their timing only when Logic's clock is running.

If you provide some details as to what you have tried, I will try to address your issues tomorrow.

jamr
"Something simple" just likes to play me like a slapped ass. I was populating the touch track itself and was wondering why the apple loops turned white when I dragged to the assignment window. Also the track mixer disappeared. :) After I wrote the reply, I left and made some popcorn. When I got back, I was slapped by the step 4 diagram and realized what I had done. After I assigned one of the other tracks to the touch track of course all worked just like you said it would. Happy day.