Ticky Clav 2, Expanded And Updated Virtual Clavinet Released By 2getheraudio - And It's Free.

Ticky Clav 2 is a software instrument which emulates the famous Hohner D6 Clavinet and utilizes the same physical modeling engine that made the original version of the plugin go viral in the early 2000s. This new version - released for free - expands the pickup controls and wah wah effect. The update also adds support for 64-bit VST, AU and AAX DAWs, as well as a Standalone app for playing Ticky Clav 2 without a DAW. Best of all, it’s free of charge at the 2getheraudio website. 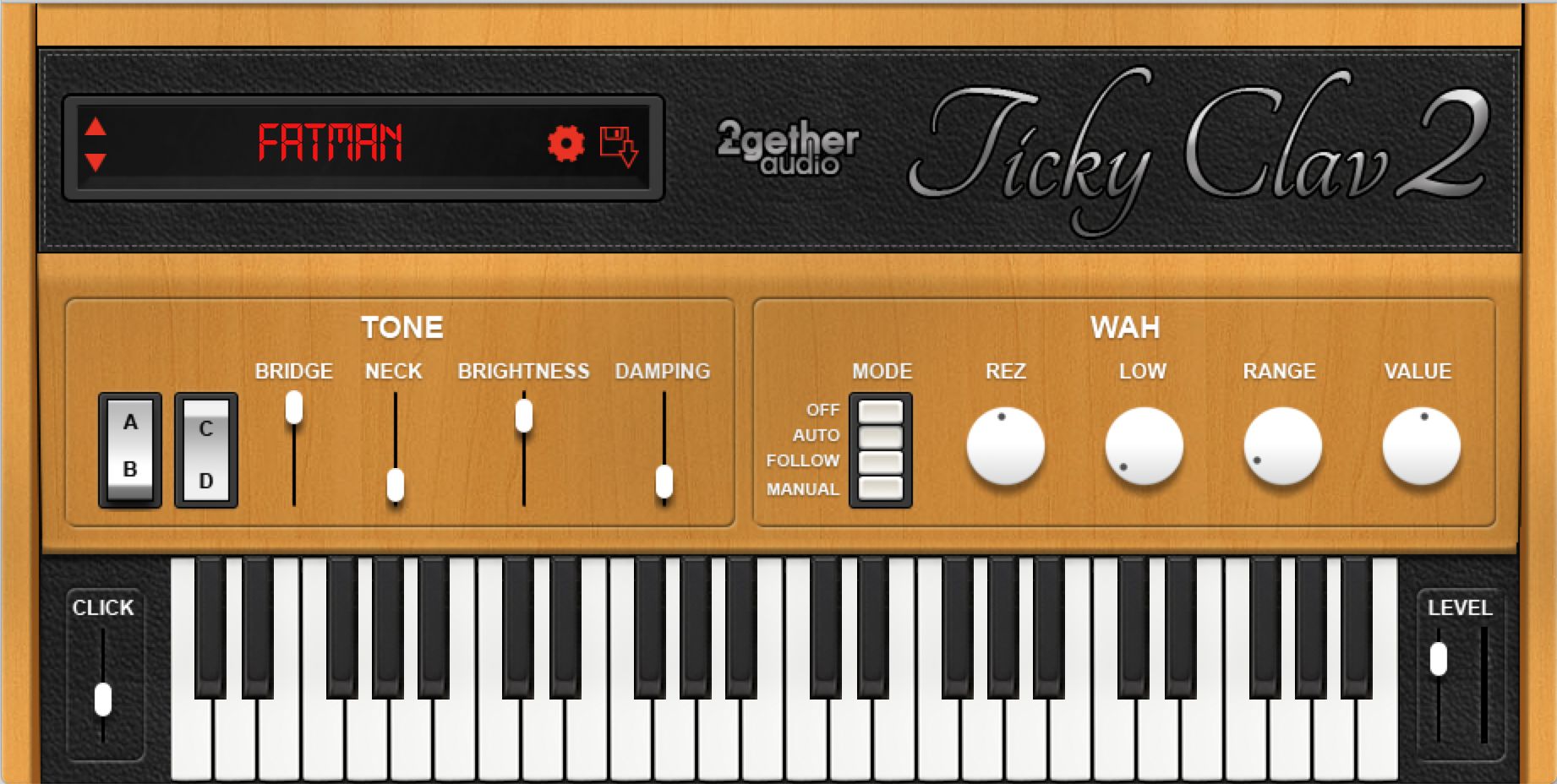 “We’re getting a great response to our release of Big Tick’s Cheeze Machine so we thought we’d do the same with Ticky Clav”, stated Jennifer Hruska, CEO of 2getheraudio. “Ticky Clav 2 is another perfect alternative to expensive, overly complicated, and processor hungry keyboard plugins out there. It’s easy to use, sounds great, won’t eat up your hard drives with samples, and it's free!”

The Hohner Clavinet was originally designed as an electric clavichord for early European classical music and 1960s folk music. It was brought into the mainstream when Stevie Wonder used it on his hit song “Superstition”. From that point on, it’s been a sought-after sound for Funk, R&B, Soul and Rock music. Ticky Clav 2 emulates the mechanical features of the original Clavinet, including its two single coil pickups, brightness and damping controls, as well as adding two additional pickup controls and an expanded wah wah effects section.