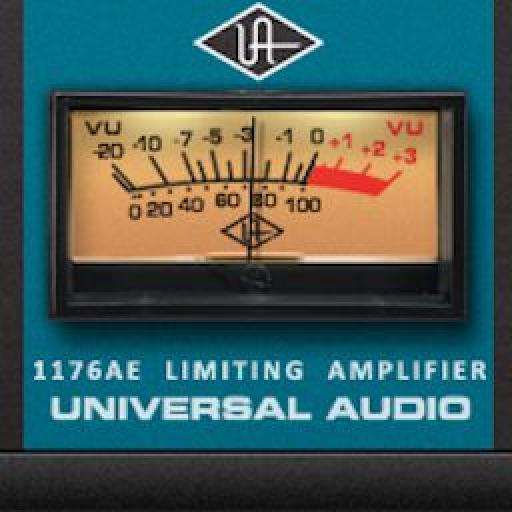 Three Nifty Tricks for the UA 1176

Language
You don't need more buttons and knobs for a plug-in to make your mixes shine through. Universal Audio's 1176 has simple controls covering the magic inside. Rich Tozzoli shares 3 tricks for the 1176.

While the 1176 is an iconic compressor/limiter for many reasons, the primary one is that it makes tracks rock. For such a simple unit - with just Input, Output, Attack and Release knobs, as well as Ratio and Meter buttons - it can do so much. But it's the magic combination of these, along with the transformers, amplifiers and circuitry that always deliver the sonic goods. Universal Audio, makers of the original hardware, has five different 1176 versions available, each with their own sonic signature. Below, we'll take a look at three 1176 software tricks that can help push your productions to the next level.

Drum room mics can help make or break the sound of a great kit. But one way to get the most out of them is to hit them hard with an 1176. By turning the release all the way up to its fastest setting (fully clockwise), the unit will add a sweet distortion to the compression.

You can also turn the attack up to its fastest setting (again, fully clockwise), and together, the compression and distortion will happen so fast that the room sound will pump and bring out the depth of the drums. However, the position of the Attack knob is less important than the Release knob, which should start out fully clockwise.

Then adjust your Input (which simultaneously sets the relative compression threshold and amount of gain reduction), to around 10 o'clock as a starting point. Set your Output (the final output level of the plug-in) to around 2 o'clock and readjust from there. The sound of the drums should be smashing. If you want to lighten up the 'pump' a bit, start by pulling back some of the Release. You'll hear the compression lessen the farther you turn it towards slow (left).

Sometimes with Vocals, you don't want to use too much compression, or any at all. With the 1176 software, you can bypass the compression all together, and use it as a tone module.

To do so, make sure only one of the Ratio buttons is engaged. Then, shift/click that selected button, and it will disengage. You now have the 1176 at your disposal without any compression or limiting, but the signal will still pass through the 'circuitry'. The Attack and Release have no effect because there is no compression/limiting.

The Input knob will set the amount of level going into the plug in, and the Output will simply determine the master output. By balancing these two, you can add a nice punch to any Vocal track.

When trying to get extra grit out of an electric guitar part, I turn to the “Bluestripe” version of the 1176, which inherently has a bit more distortion than the others. Begin by pulling back the Output (it can get loud!) and then crank the Input up past the 3 O'clock position.

With a 4:1 ratio on the Ratio buttons, and the Attack and Release set to fast (fully clockwise), the unit will deliver a meaty guitar tone. To lighten up some of the pumping and compression, turn the release towards slow (left). Either way, with the Input so high, you'll get that extra crunch out of your guitar.

tvpnyc
Cheers for the shift-click on the ratio-buttons trick mate!