This cool trick / MIDI hack will turn an Elektron Analog Four from a 4-analog voice synthesizer into a paraphonic analog Eight with three simple lines of code.

Loopop is no stranger to finding ways to get the most out of existing music gear and synths and helping them do more than they were intended to.

In this video below, Loopop demonstrates a MIDI hack using the Bome Box and MIDI Translator Pro that turns the 2-oscillator 4-voice Elektron Analog synth into a paraphonic "Analog Eight".

Here's what Loopop shared with us about the process:

As you may have seen previously on my channel, I've used "MIDI hacking" - real time MIDI manipulation - to extend the functionality of quite a few musical instruments. Playing melodies with samples on the Novation Circuit, turning the Korg Electribe 2 into a 3 oscillator synth, adding CC to CV functionality to the Arturia BeatStep Pro - all of those things cannot be done out of the box with those devices.

I've demonstrated these solutions but never really explained how you can create them yourself because the scripting language I used (Lemur) is quite complex and out of the reach of many people, and requires a phone to work, which is an inconvenience.

Then I came across the Bome Box and MIDI Translator Pro, which are much easier to program, so I thought I'd not just put together another "MIDI hack" but also explain what's going on behind the scenes. 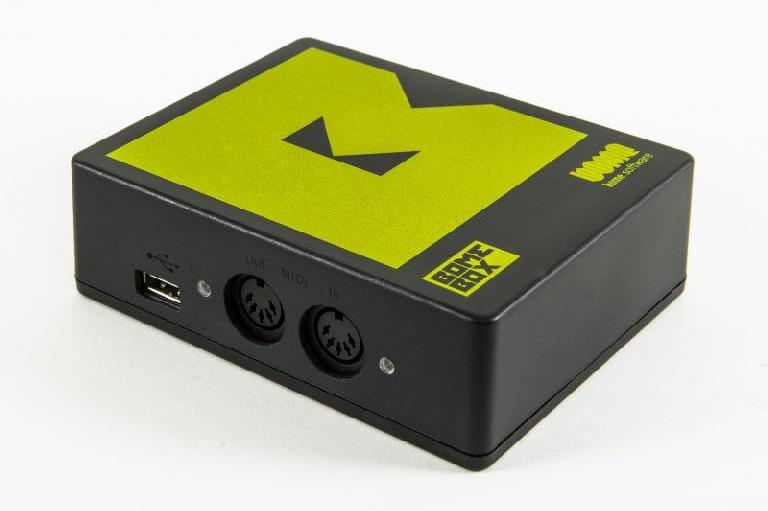 This time I decided to see if I could extend the capabilities of Elektron's Analog Four. The A4 is an amazing synth with four analog voices which can either play different sounds each, play one sound with up to 4 voices polyphonically, or any combination in between.

However, with this "MIDI hack" it can do more.

Each of the A4's voices has 2 oscillators. Out of the box, you can't configure these voices to be played separately with the internal keys or an external keyboard. You can manually step sequence each of the oscillators using parameter locking, but that precludes real time play and is hard to do using a tuning knob.

That's where this short 3 line script saves the day. With it, you can play each of the 4 voices of the A4 paraphonically with a simple keyboard split on an external MIDI keyboard.

Playing paraphonically has a different character than playing two separate notes. Both notes share the same envelope, filter and fx, which is a limitation, but actually gives the music created a unique feel, similar to what can be done on the Moog Sub 37.

With this short script you can potentially turn your A4 to a "paraphonic A8", by applying this script to all 4 voices.

This should work on the Analog Keys as well, but you would need an external keyboard for that.