Language
So you want to play guitar well, but without spending years learning it? (I know... even writing that made me squirm). Magic Instruments' Digital Guitar gets you playing songs in a mere minutes.

San Francisco, CA -- April 19, 2016 --- Magic Instruments, the musical instrument company reinventing the way music is played, is excited to announce the presale launch of the Magic Instruments Rhythm Guitar – designed to allow anyone to instantly play music. Re-imagining the hard-to-learn and centuries-old user interface of a traditional guitar, the Magic Instruments Rhythm Guitar simplifies the playing process with an easy-to-use button-based fretboard, so anyone can be musically expressive and play their favorite songs at first sight without musical training.

“I studied piano at The Juilliard School for almost a decade, but when I tried to learn the guitar, I found that my physical skills and musical knowledge weren’t easily transferrable and ultimately quit out of frustration. When I learned that 90% of people learning guitar also quit in the first year because of the difficult learning curve, I wanted to change that. With Magic Instruments, we want to give anyone who wishes they could play music, a fun and new kind of instrument that lets them play instantly,” said Magic Instruments Co-founder and CEO Brian Fan.

Intuitively designed by Ammunition Group and Magic Instruments, the Rhythm Guitar incorporates software with musical intelligence into a traditional guitar body, and features a button-based fretboard that allows players to select entire chords with a single touch and traditional guitar-style strings for strumming chords or finger picking single notes. Players can select from six guitar sounds as well as a bass guitar mode, and play instantly via the built in speaker. 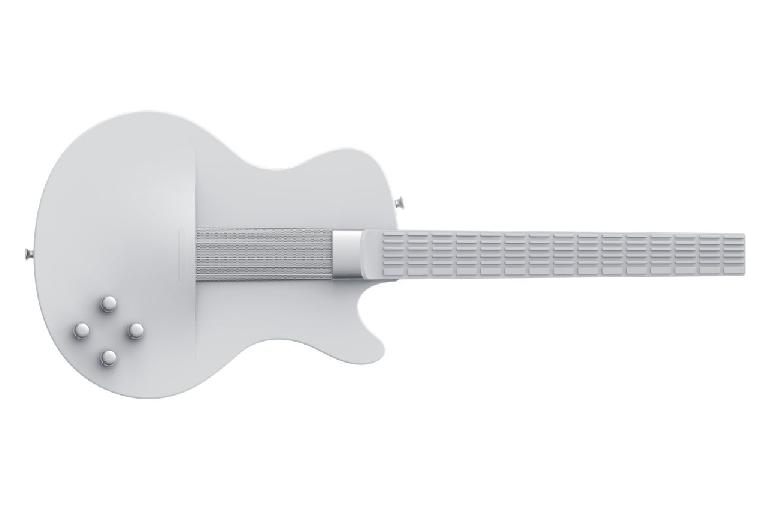 The companion mobile app, which is available on iOS and Android, offers thousands of popular songs in a karaoke-style display. Anyone can play a song instantly by following the lyrics and chord numbers, which show which buttons to press, and begin to play by strumming the strings. Songs can be purchased individually for $0.99, or as an unlimited subscription for $5.99 monthly.

The Magic Instruments Rhythm Guitar is available for presale now at https://igg.me/at/guitar for the early bird price of $299. The campaign will run for 30 days with a fundraising goal of $50,000, and the first products will ship by early 2017. 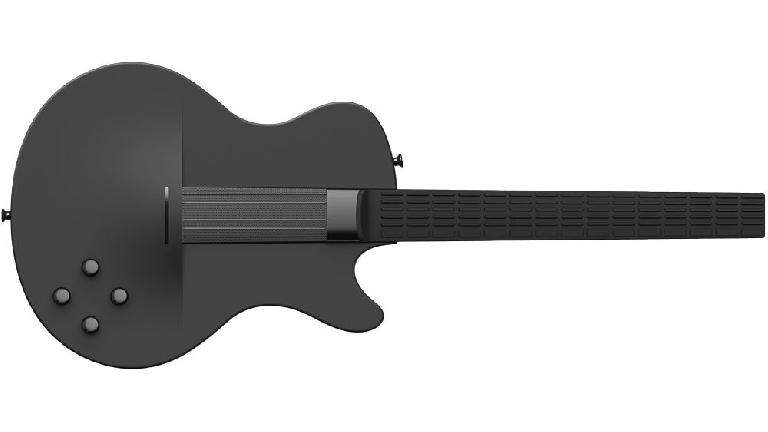