This Audio Interface Survived 2 Days At Bottom of River Thames

Language
An audio interface at the bottom of the River Thames for two days will surely be ruined, right? It depends on the interface! We don't recommend you try this at home (or at work).

Like many products, there's degrees of ruggedness, quality, etc. The same goes for audio interfaces. But no matter what audio interface you have from Focusrite to Universal Audio, M-Audio to ESI, Audient to Apogee, RME to NI, would you expect it to survive serious water damage?

We're not talking a spilled drink or a leaky ceiling. In this story from 17th January 2010, house boat owner, David O’Brien, came back to find his home sinking in the river Thames. Worse still, he'd recently moved his project studio (including his beloved audio interface) into said houseboat. Which was soon to be at the bottom of the river. 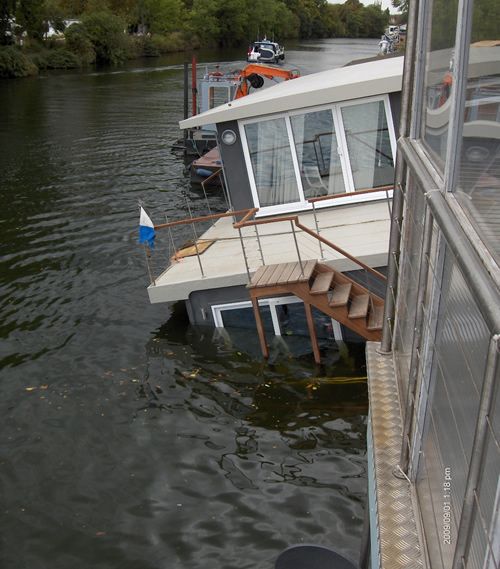 It wasn't until 2 days later that some of his gear was recoverd. In this case, his prized, RME Fireface 400, was the audio interface which he naturally expected was ruined beyond repair. In his own words, David describes what happened next:

"I sent the unit back to RME and fully expected to have to pay for it to be replaced but apparently, it’s waterproof! After two days in the cold, muddy river the Fireface is in perfect working order. Which is more than I can say for our boat…”

The RME Fireface 400 is no longer available.

How do you think your audio interface would fare spending 2 days under water? Serious kudos for RME... though do bear in mind the Fireface 400 has been discontinued and replaced by the RME Fireface UC or RME Fireface UCX. We don't know if these models are as watertight as their predecessor!