This Apple Patent Could Deactivate Your iPhone Camera During Concerts

Language
Have you ever taken a photo or video at a concert using your smart phone? This patent from Apple could enable them to disable your camera at certain venues and could change everything.

Many of us use our iPhone cameras at concerts. We’re not all trying to bootleg an entire show. Perhaps you want a snippet, a selfie of yourself and friends, or a photo of your favorite band in action. Well, that could be a thing of the past if this Apple patent has any bearing on future iOS features.

This Apple patent details how an infrared transmitter could one day be used on stages to prevent illegal image capturing. As well as being used to simply disable the iPhone’s camera, it could be used to insert a watermark onto an image, blur the image, or alter it in another way. 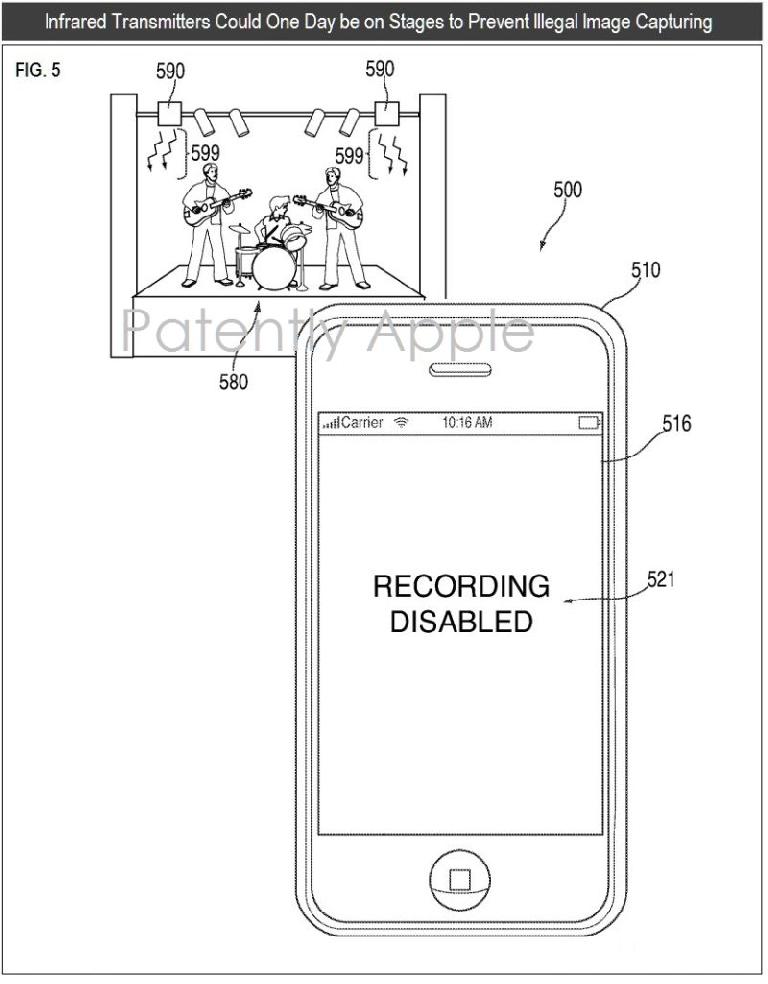 This diagram from the Apple patent details how an iPhone camera could be deactivated at a concert.

Now, while we at AskAudio don’t condone piracy in any form, this tech – if incorporated into a future iPhone or iOS release – has major implications for privacy and freedom to use an iPhone in a public place.

More info on Apple’s patent filing can be found here.

Would this harm or benefit bands and artists? Would some artists stand against this on principle? Would it make a difference to bootlegging if Android phones don’t incorporate the same type of technology and restrictions? Will this ever make it into a future iPhone? These are all questions we can’t answer. But if you have an opinion, feel free to share it below.