Remember the FSOL-Digitana SX-1 announced earlier this year? It's a 'stand alone expander' based around the Synthi AKS KS Expander. It is the result of ongoing collaborations between Digitana Electronics and the legendary UK band The Future Sound of London. It shares all the features of the Synthi AKS KS Expander but requires no Synthi to use it (though one can of course be used with it) and in addition has a host of new features described below. 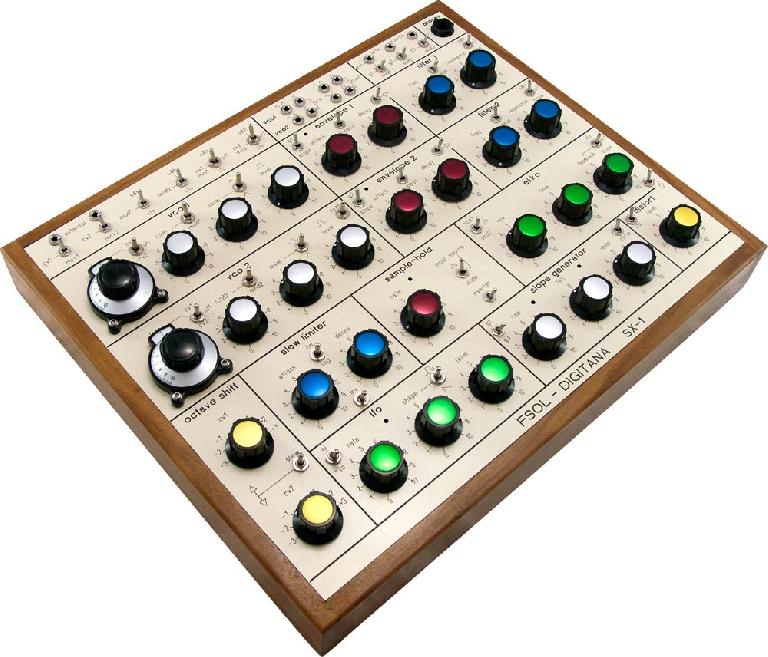 There have been a flurry of videos released via Digitana's Facebook page recently of the second ever SX-1 ever built. This machine has been on tour already and while we'd expect some strange drones, chirps, and otherworldy sounds to emanate from this synth, we were more suprised (in a very good way) when it came to the melodic sounds video. The later showed the SX-1 can produce tender, delicate, emotive sounds beyond the dissonance you might expect.

Let's start with this video first:

Before we jump into the next video, there's more details about the spec of this synth below. We'll intersperse the video within this.

Here's a short video demonstrating the new distortion section of the SX-1:

Here's a video of Alina's first test flight of our second FSOL-DIGITANA SX-1 synth .."this one built by her :0) . Just using two of the 9 audio outs, straight into 2 genelec monitors. No effects or any external cv/gate control in this test..just internal triggering. This prototype has some new features like a choice of vco1/vco2 or vco1+vco2 waveforms through the ekko delay either pre or post filter sections..."