Language
Now you can get physical controllers you can place on the surface of an iPad that gives you control over the sound of the Rotor iPad app designed by the Reactable team.

If you think about it, MIDI or music controllers are usually one removed from the instrument, whether that be a virtual plugin instrument on your computer / iPad or a controller for a hardware instrument. What if you could place your controller on the instrument itself? This is a clumsy and limited way I can introduce the rather incredible new music making concept from Reactable, Rotor.

You may remember the original Reactable as a round table top electronic musical instrument that was operated by placing blocks on the table, and interfacing with the visual display via the blocks or with your fingertips. Bjork made excellent use of the Reactable on her 2007 tour, and "captivated Coldplay and Gui Boratto".

Rotor brings this kind of experience to the iPad. The "tangible controllers" or blocks are purchased separately from the app store, of course, and come in pairs. They bring the "experience of the reactable for the first time to the iPad! This means that while all standard multi-touch capabilities are preserved, the ability to control any parameter by moving and twisting our tangible pucks over the iPad’s surface, brings 3 additional degrees of freedom to each hand! ROTOR can be perfectly used without the controllers." 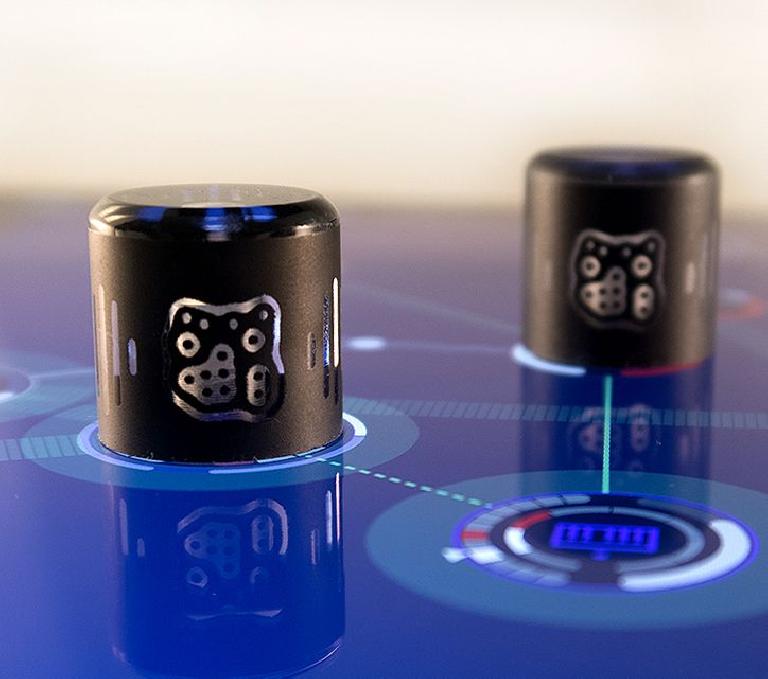 Reactable tells us that Rotor is not a conventional sequencer, DAW or synthesizer. Instead it incoprates elements from all three. It includes "dozens of modules, among instruments, audio effects, modulators and controllers, which can be linked all together using a flexible and unique routing system, for creating the most expressive and intricate patches. It is an unprecedented multitouch/tangible instrument specially designed for live interaction and performance." So, if you think of it as some kind of modular music machine with physical controllers and intuitive interaction capabilities for live performance on iPad then you're pretty close to understanding Rotor!

Rotor on iPad during live performance.

Here's a demo of Rotor being used to re-create the Stranger Things theme track: