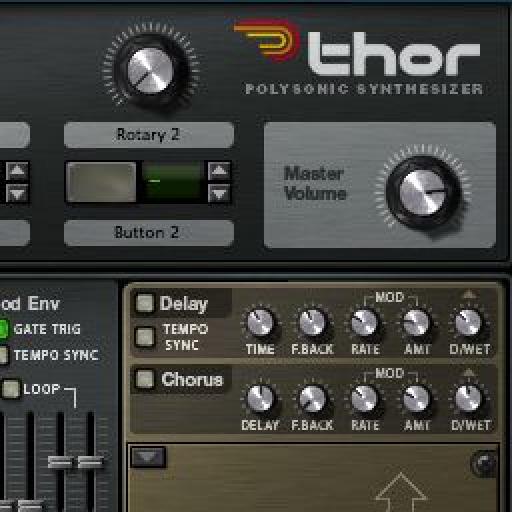 The Thor and Combinator Explosion in Reason

Language
If you've been checking out the new series on Thor, you're hopefully becoming aware of how versatile this synth actually is. You're also probably learning how cool...

If you've been checking out the new series on Thor, you're hopefully becoming aware of how versatile this synth actually is. You're also probably learning how cool its built-in step sequencer is as well. One problem that people continually run in to is the inability to map certain functions in the sequencer to certain rotaries and buttons on Thor. And it makes sense that you'd want to.

For example: Wouldn't you like to be able to map the Step Rate knob to one of Thor's assignable rotaries so that you can switch up the step count during a song to create new melodies out of your existing ones?

Although you can't map to Thor's rotaries, you can map to the Combinator's if Thor sits within it. Try this out!

First, create a Mixer within your Reason rack. I'd recommend an empty Reason rack just to avoid jacking up a current song. Next, create a Combinator and then create a Thor inside your Combinator. It should now look like the screenshot below: 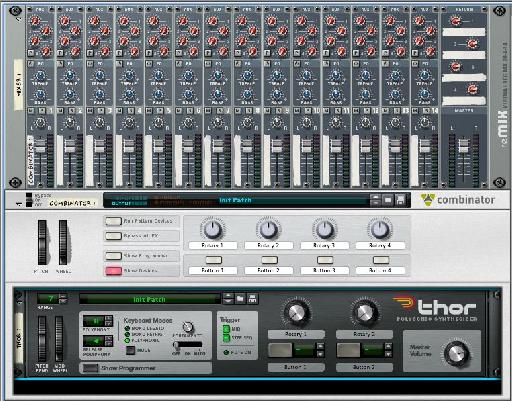 Press the Show Programer button to open up Thor's more serious area of control. If Thor's Patch does not read INIT Patch, Right-click on Thor and select 'Initialize Patch'.

Finally, turn the Osc 1 OCT, or Octave knob down one notch. Your rack should now look like this: 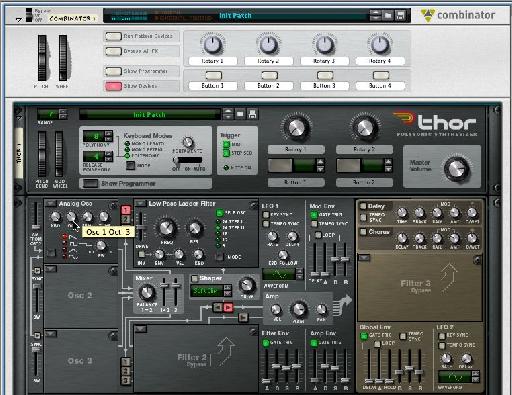 Now, it's time to program a very simple sequencer melody in the sequencer section shown below.

In Note mode, use the knobs to change up the notes played inside the current 16-step sequence. Use the Gate mode to extend certain note lengths. Depress the red squares to create a Rest in your sequence. Try adjusting knobs in each mode, just for fun.

Once finished, put the sequencer in Repeat Mode and press Run. Press the Run button again to stop it. Your Sequencer should now look similar to the one shown below.

Okay, let's have some even greater fun. Press the 'Show Devices' button on the Combinator control panel to open up the programmer. Next, select Thor within the programmer by simply clicking where it says 'Thor'