Students at the University of Colorado developed smart rings that let you map sound samples to any colored surface. Innovative and useful, Specdrums is now available to pre-order!

We reported on Specdrums in August this year just as it launched on Kickstarter. It was great to see this MIDI controller that is a unique, wearable, wireless ring that converts color surfaces into MIDI data smash past its goal to the tune of 12x!

In essence this is a tool for musicians, producers and DJs that lets you play any surface, anywhere and create any sound you want.

Well the good news for backers of the most portable MIDI triggers you've likely ever seen is that Kickstarter orders are beginning to ship - just the 200 KS Limited Edition Rings for now. More to follow...

And what about for the rest of us that might have not backed this cool controller? Well, pre-orders are now open on the Specdrums website. Normally you can pick up a pair of Specdrums for $89. If you're very, very quick you might be able to snag them for a little cheaper as it looks like their Cyber Monday sale hasn't been turned off as I write this... 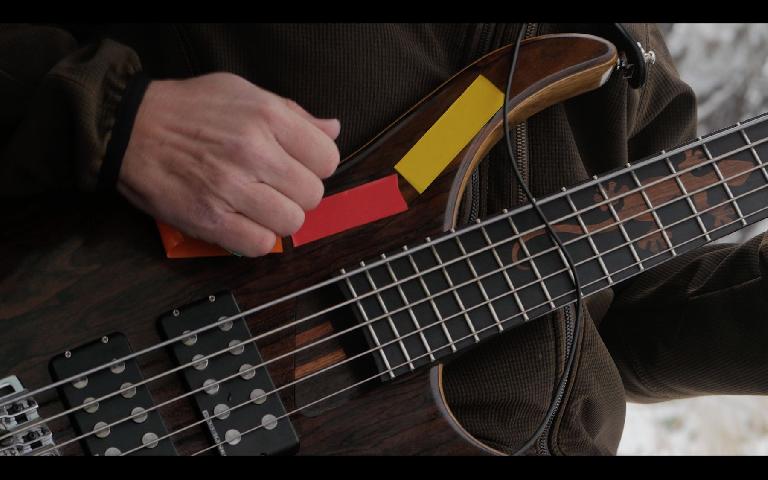 Here's a roundup of what makes Specdrums a cool MIDI controller solution:

Co-founder & CEO of Specdrums, Steven Dourmashkin, got in contact to explain what's happened since August. It's certainly been an exciting time for the young company having "sent out the first 100 Specdrums Rings to our Kickstarter Limited Edition backers". Additionally, the early adopters are providing "valuable feedback on our ring and app, which is helping shape our product release for the bulk of our Kickstarter backers in early January".

So what has caused Specdrums to capture the imagination of so many musicians? Steven Dourmashkin tells us "musicians are calling Specdrums Rings the smallest, most portable MIDI triggers they've ever seen. By adding color to objects such as guitars and tabletops, they can wirelessly trigger beats, loops, and other commands through MIDI software such as Ableton Live".

Additionally the affordable price point makes it an almost no-brainer solution for music makers on the go too. You can find out more and pre-order on the Specdrum website: http://www.specdrums.com/buy
Synthesis 101
The Filter
by Bob Moog Foundation