The Rise and Fall of MP3

Language
Are you still listening to your music in MP3 format? Please, please stop already! Francesco Schiavon charts the rise and fall of this popular audio format and explains why it's time for us to move on.

As time goes by, new technologies replace old ones and it's with mixed feelings that I write this. Personally, I love to step back and think of how we got to where we are today. Often I think of audio technologies, and then reflect back on some of the ones that have come and gone, specifically in the digital realm. It's pretty amazing how fast things change and how quickly we forget about the stuff we were using not long ago.

The MP3 format is one of those technologies that finally is being completely replaced with something better. About my mixed feelings you ask? Well, MP3s have been a part of my professional life since it started in the mid '90s, so in that regards you could say I'm emotionally attached to the audio format. But on the other hand, MP3s are just terrible. Always has been and always will be.

MPEG-1 Audio Layer III, or as we all know it, "MP3" is an "old" codec for today's standards. It came about in the early '90s and exploded in popularity quickly. MP3 is what is called a "psychoacoustic", "lossy" codec (the word CODEC is the amalgamation of COmpression - DECompression).  The "psychoacoustic" part means that to reduce file size it gets rid of the frequencies that we humans don't pay much attention to. The "lossy" part means that the file actually loses data/information to make the compression even more efficient and the file size smaller. To put the importance of a small file in context, in the '90s, computers were running at around 16 MHz, which meant they had really challenged processing power. So the combination of a codec that discards frequencies (often the highest and lowest frequencies, like cymbals and bass on a song), that is lossy, and that has to at least decode (play back) in real time on a very slow CPU makes MP3 a terrible quality audio codec for today's devices.

Nowadays few of us actually encode sound using MP3, and as days go by, fewer people do. But regardless, MP3s are still being used. But why after more than 20 years? 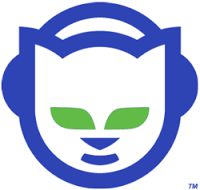 I believe there is one main reason why MP3s are still widely used today, and I atribute it to the original Napster. Back in the mid '90s, to play digital music you'd use a CD player, most people connected to the internet using dial-up, and lots of computers did not even have a sound card inside. But since MP3s meant you could have an audio file about 1/10 of the file size of that in a CD, download it over a modem, and play it back on a computer with a sound card, people started ripping off CDs and sharing copyrighted music on peer-to-peer (P2P) services; like Napster. So, in just a few years a fair number of people, mostly enthusiastic techies or early adopters, were exposed to and got used to sharing MP3s. They cared more about the how many new tracks they had than the sound quality of those tracks.

I remember working in a web design start-up in the late '90s, and all the designers and programmers were growing their music collections with thousands and thousands of MP3 files, playing them back on Winamp or MacAmp. Most people still used CDs, but the underground nature of P2P MP3 sharing meant that there was no need to buy specific hardware and software to play music, and the recoding industry had a really hard time enforcing copyright'"heck, you didn't even have to buy the music! 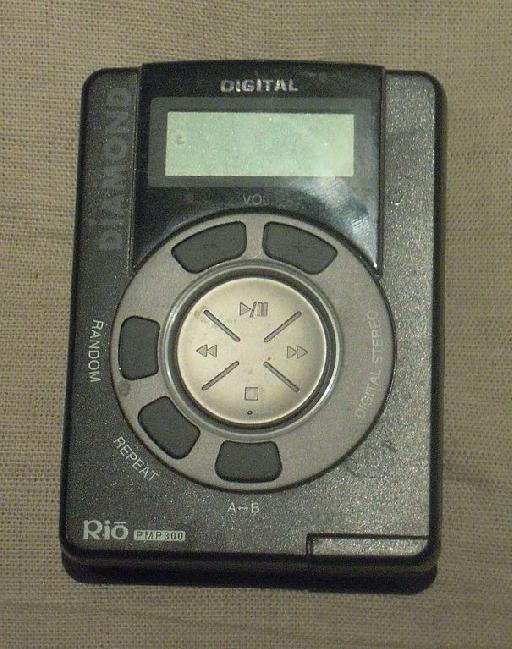 Then MP3 players like the Rio Player came about, so you could then take some MP3 files with you on the move detaching yourself from the computer. By the time the first iPod ships in late 2001, MP3 had become the mainstream file format for sharing music. From that point on, there was very little anyone could do to stop MP3s from growing in popularity amongst non-techies.

Later in the 2000s, other better coding technologies were fighting for market share, but they were all proprietary. Technologies like Real Audio from Real Networks, Windows Media Audio from Microsoft, or even QDesign used in QuickTime were all fighting to become the "standard". 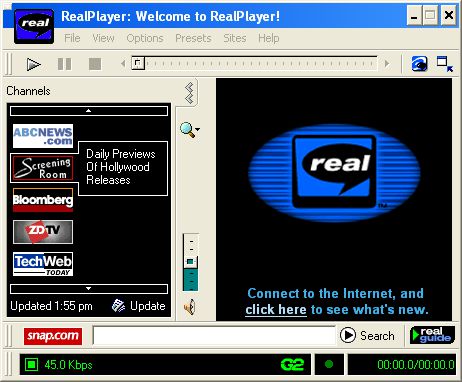 If you remember how annoying the Real Player was, you'd know what I'm referring to. Naturally people gravitated towards a format that would be more flexible; that could be played almost anywhere with no digital rights management (DRM).

And then MPEG-4 arrived. MPEG-4 meant a real standard for sound and video that could be widely implemented without one single company being the sole owner of the technology. By the time MPEG-4 came out with AAC (Advanced Audio Coding), the main audio codec in MPEG-4, computers were much faster, networks faster, and the technology just got better. Still, AAC is a psychoacoustic lossy codec, but with much higher fidelity than MP3 at comparable bit rates, and can be played by virtually all audio playback devices today. Most people would not be able to tell the difference between the CD version of a song and an AAC encoded version at 128 kbps.

As our cell phones replace other devices like music players and cameras, and tablets replace computers for many users, MP3 is finally on its way out. For today's equipment and expectations, MP3 has lousy quality and "large" file size. But if you're an audiophile, still AAC at 128 or 192 kbps, 16-bit, stereo, 44.1 or 48 kHz may not cut it for you. Your dog-like ears will be able to tell the difference between the original recording and the encoded "consumer" audio file. If you are in this select group of people, chances are that you're already in line to get one of the first Pono Players (the player that Neil Young has been working with other audiophiles for the last few years http://www.ponomusic.com/ ).

So, if you're still listening to your music as MP3: STOP! We all need to do our part to get rid of this outdated technology.

It all started with a TSR-80 in the late 80s. At that point it was more a toy than anything else. Since then, my interest in computers materialized with a PS/2 80 while I was in university in Mexico. Before I graduated I already had a couple of Macs, an LC-II and a Centris 660 AV, which was the catalyst to becoming an expert in both Qu... Read More

BenB
Great article. I remember publishing some of my first music on MP3.com, I think it was. I met a lot of friends there, did a lot of experimental collaboration online with other composers. Then they switched to signed, commercial music only, and I lost touch with a LOT of really great folks. Made me very sad. I actually sold quite a bit of my own music there. But yes, MP3 is outdated, and needs to go away. I wish NLE apps would flat out reject them and force folks to get "real" audio files for video editing. Nice to take this nostalgic walk through the past, though. Thanks for publishing this article, I really enjoyed it.
Lung
Great write-up. I was just having a similar conversation with a friend a few weeks ago, where I was lambasting Spotify's quantity over quality ethos, myself acting as an unabashed proponent of AAC. It's not that I'm "holier than thou", it's simply that I've never really been a believer of the MP3 format. I'm guilty of downloading MP3s via P2P at some point but meanwhile I refused to buy music in the format. I never did. I did continue to buy CDs and of course listened to a fair share of my own ripped MP3s and downloads on portable players but never really embraced it as anything more than a GIF like format for audioâ€”an outgrowth of the internet that's now disposable. Or better yet, it's more like the decrepit Flash Player; it was once everywhere but needs to die. Luckily Flash Player too is on it's last leg, quickly being outmoded by HTML5 and other smarter, leaner, more open web standards.

Personally, I've all but replaced a few of my audio collection with AAC and lossless compressed formats (Apple Lossless, FLAC) a few years ago. I'm glad I did. MP3 is definitely looking long in the tooth and often sounding bent at the wing like a ragged wasp. AAC isn't perfect but it is indeed better for all intents and purposes.

Thanks for posting this article, especially since I can now reference it to said friend and help them realize it's not just me. lol.
Francesco
Talking about quality and technology proprietorship, I still remember, and I still get goosebumps remembering, the first time I heard a Super Audio CD. The Virgin Mega Store in Vancouver had an enclosed room dedicated to classical music, and they had some Super Audio CDs for sell there. Classical music really highlights why a much higher sampling rate and bit depths make such a difference. I remember hearing the fingertips of the guitarists as they glided across the strings... Now I want one of those Pono players!!
Triplegreen
And let's not forget you obsess over the the perfect take, coaching that talented but novice vocalist to use better head control so you're not reaching for your compressor knob as often. It never seems to amaze me how good an album can sound and it hasn't even gone to mastering yet. But by you time you hear your work in the real world, it sounds pretty low quality. Very few people buy on physical medium anymore that why DVD - audio and SACD never was successful, even though they were overdue. The public is groomed to buy mpc because they are none the wiser and if it isn't broke don't fix mentality.