The Return of the Analog Recording Studio

Language
Software plug-ins & DAWs have taken over most music studios. However, analog is making a comeback. Now more than ever, musicians & producers are turning to hardware. But why? GW Childs investigates.

Let's face it, we're being reacquainted heavily with '˜old school', these days. For example: vinyl is coming back stronger and stronger. Flimsy 70s styled skateboards are returning. And, in terms of fashion, you never really know what you'll see coming from grandmother's closet.

Another thing that is returning slowly, but surely is analog recording. When you hear the quality of albums like '˜Random Access Memories' from Daft Punk, regardless of how you feel about the songs themselves, you have to notice that the recordings sound amazing. This is largely due to analog recording.

In this article, I'd like to move away from the computer for a moment and steer us towards a question that, while you may not have it now, you will probably have later: How do you go about finding the right analog recording studio, should you decide to go with one.

The first, and most important question you may have would be 'Why would I want to record at a recording studio, in the first place?'

This question is easily answered for several reasons. And, in answering this, and several other questions within this article, I've enlisted the aid of Jeff Ward and Jerry Hudson of Eagle Audio Recording Studio, of Fort Worth, TX. These guys are old school engineers that have worked with massive amounts of pro musicians, ranging from T-Bone Burnett, all the way over to Donald Fagen, of Steely Dan. 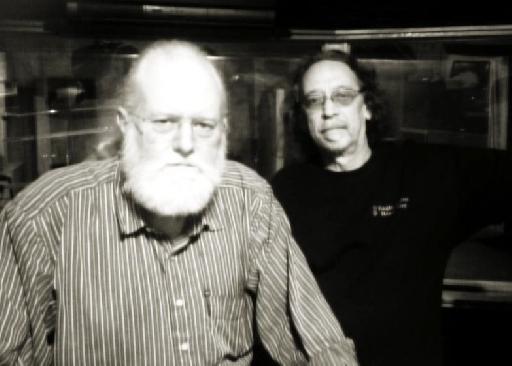 Jeff eloquently summed up '˜why' into a few reasons that you may definitely want to pay heed to:

First, there is the sound. Tape, in unto itself, is like another instrument. It reacts in tone and sound to the amplitude of the recorded source. So, playing really loud is, in most cases, a good thing. The return for heavy volume is tone, and the cool distortion. Not the digital mess that you hear when you record too hot in a DAW. This fringe benefit of analog recording has been widely exploited on many of the albums we've all grown up with, and consider classic.

Secondly, recording in a room designed, and tuned for recording is a completely different experience from recording in a closet and trying to get the '˜best sound possible'. When recording in a professionally treated room, designed from the ground up as a music facility, the aim switches from environment to the actual talent, where it should be. When touring a studio, look at the walls. Nothing should be symmetrical, and it should be basically dead.

Third, and most important: Expertise. Studio engineers that have several hours/years working within a particular studio with particular pieces of gear do something that your DAW can never do. They can show you the best mic placement, the best spots within the room and dial you in so that you sound as incredible as you always thought you did. There is no going through a manual, or watching a video series, you're getting years of experience, incarnate. Think about it! You don't hire on a bassist that has never played. You look for a bassist that has years of experience, and the chops to show for it. Don't you want the same from engineer recording you? When looking for a studio, ask to see the credits of their employees, and house credits. Have they worked with people that match your style?

Hey, how much does all of this cost?

This is where things get very interesting. Because of how severely the recording industry has been hit by, the growing popularity of recording on the home computer, studios are always willing to cut deals. The average hourly rate is around $100 dollars an hour. This does not include analog tape, which is optional, anyway. This is because all of the studios have Pro Tools, as well. But, since we're talking about analog, how much would it cost for you to buy a 30 minute reel? This would be around $250 dollars. And, this is not cheap. However, most reputable studios do have access to rental reels. Jeff assured me that if you take care of your reels, that can last a long time, and be used multiple times. Rentals tend to be safely within the $40 dollar range. 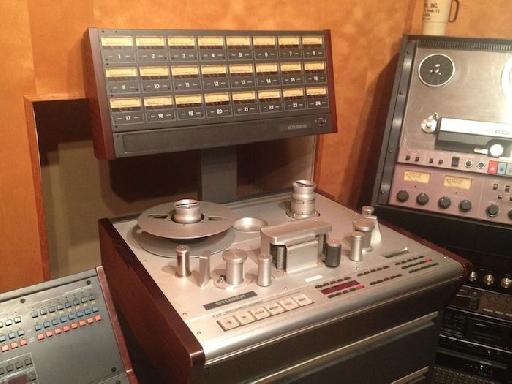 Now, you're probably already saying, 'Well, a hundred dollars an hour is way too cost prohibitive for a whole album!' And, I would completely agree with you... If I thought recording an album these days was a good idea. As a matter of fact, I don't. Let's face it, iTunes, and other online music stores have made the album almost obsolete in the sense that most people tend to buy individual songs. 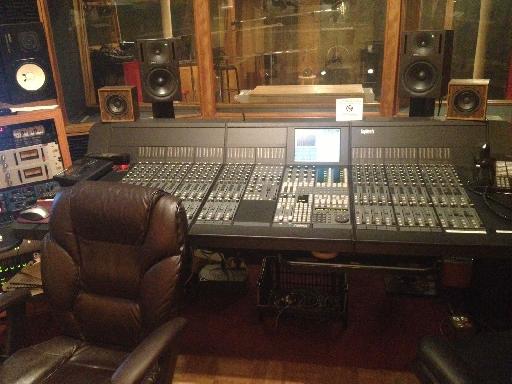 Things to Look Out For

According to Jeff and Jerry, it's absolutely important to understand that analog recording works very different from digital. There is no cutting and pasting anything in. With this in mind, it is encouraged that you practice, practice, practice before you go into record. Many people think that the studio is where you piece the song together. Actually, this is a practice that began to take place in the 80s when signed bands had something known as a '˜budget'. But, in the days of the Elvis, and the Beatles, you wanted the song to be finished, and tight before you even stepped in the studio. This is because the recording tended to take place in one take. Granted, with 24 tracks to work with, it's common to record a few members with a click track and then add in fills, licks and more later. Nevertheless, the tighter you are, the less you spend. And, the better the recorded performance.

If you're a solo artist, you'll be happy to know that many studios tend to have a long list of session musicians that they can call to come in and add their expertise to your recording. Prices range. But, the average tends to be around a hundred an hour.

Where Does the DAW Fit in?

Having a demo recording actually is a huge help to studios in helping you achieve the sound that you're going for. If they already have an idea of what the end recording is supposed to sound like, they can lend their expertise helping you surpass what you've already laid down on your laptop. They can even bring in certain tracks, if need be.

Jeff and Jerry also recommend having a few artists that you may be trying to emulate in terms of instrumentation and tone. For example: I'd like a guitar sound to Nirvana on '˜Smells Like Teen Spirit'.

Sure, you will spend some money. But, the experience, the knowledge and the end product that you'll gain could wind up making you way more money that what you originally put in to it. After all, a truly professional recording with professional direction, of a well written song is a timeless treasure. 60 years ago, whole families would sit around the radio just to hear such a song. So, if you're looking for the very best that money can buy, you might consider backing off on that audio interface that you may only use a few times, and putting the money into a business and people that can really help you achieve what you're going for.

Peter Schwartz
FWIW, the "why" never went away; the focus simply shifted. What they don't tell you in the DAW manuals is that by trying to do everything yourself, you're missing ALL the benefits of having "division of labor" in the recording process, as you outlined so well in your article. And of course, the room, and the real-deal EQ's and compressors, and so on. Suggestion: don't go for the "rental reel". Buy a virgin reel of tape (at $250, that's cheap compared to what it a reel of 2" used to cost); your engineer will be happier as it will give him/her more flexibility to shape your sound. And then its yours to re-use if you want.