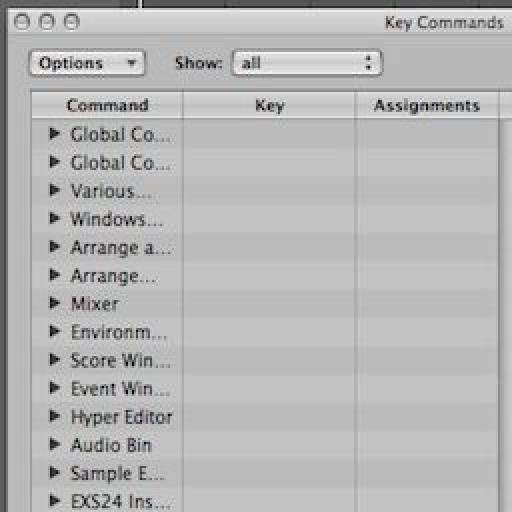 Language
Don't get slowed down dragging that mouse half way across your room ten times over to complete a task you can do with a key command or two! Jay Asher highlights some of his fave Logic ones.

TV
Good article. I agree that key commands are definitely the quickest way to perform most tasks.

However, and this is just constructive criticism, if you're going to point out who's amateur and who's professional based on your own criteria, it may be best to make sure you're employing the correct usage of "you're" and "your."

"â€¦your in the danger of constantly hitting the wrong keysâ€¦"

Although I have an extended Apple keyboard, I still choose the 'US' preset so I don't have to make the switch in my mind every time I move from desktop to laptop (or when I use a newer Bluetooth keyboard).
That way, I can use 'R' to initiate a recording on either, rather than switch between the asterisk (*) and just the 'R' key. Having said that, I prefer having the num keypad for note entry in the Score editor (or in Sibelius).

I'm with you on key commands: they're essential and make working in Logic so much more efficient. One of my faves is the '=' sign to quickly set the locators around selected region(s) or marquee selection(s)--'Set Locators' button on toolbar. Another one that gets a lot of mileage is (fn)shift-enter to start playback from selected region, regardless of playhead position.