This new free software for owners of the UNO synth isn't just a way to manage presets - it's a whole plug-in instrument for your DAW and an app for your iPad too.

When IK Multimedia released the UNO, an analog, two-oscillator synthesizer for under $200 the synth world looked up. The fact it sounds really, really good, is made in conjunction with Soundmachines, features an arpeggiator, step sequencer (for notes and parameter values) and a capactive keyboard as well as a digital delay and the ability to save presets makes it stunningly good value.

But, as we noted in our review, there are a couple of minor complaints about UNO. First the knobs were set to "absolute mode" so if the cuttoff for a preset is 0 but the knob is positioned at 90 when you begin moving the knob the value of the cuttoff jumps to where the knob is at. Not usually desirable. Then there's the inability to control the decay and sustain for the filter envelope of the amp envelope from the face plate of the synth.

Fortunately, both have been addressed by IK Multimedia's recently released UNO Synth Editor, which is a standalone and plugin for Mac, PC and an app for iOS. Suddenly, in one fell swoop this free app super charges an already powerful and accessible synth into an even better one.

I've been playing with a BETA of the UNO Synth Editor for the past week and am really impressed by the interface design and the options. Some nice touches include seeing the shape of the waveform morph as you move through the shapes. Also, being able to set the knob behavior to either absolute, pass through, or relative is a god-send for someone like myself.

Below is the official press release with details and video for the UNO Synth Editor.

And here's our review of IK Multimedia UNO

Beyond traditional software editors, the UNO Synth editor offers the ability to function both as a standalone application (Mac/PC/iOS) and an integrated DAW plug-in with total recall (Mac/PC), for use in the studio, live performance or on-the-go music creation. It provides seamless integration and control of every parameter, and allows for easy customization of presets and for preference editing.

The editor can be used as a software plug-in (Mac/PC) for all major DAWs including Ableton Live, GarageBand, Logic, Pro Tools, Cubase, Studio One, Reaper and more, for seamlessly creating, storing and recalling settings in a session. 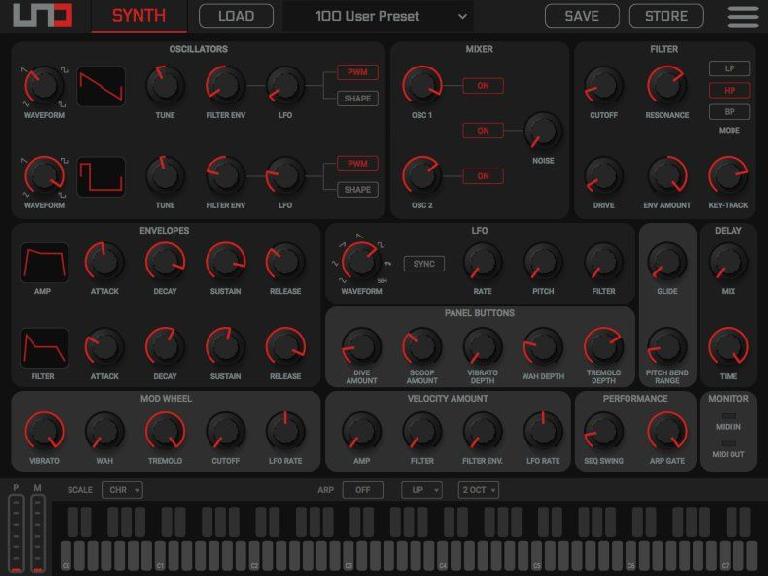 For iOS* mobile musicians, the editor is also available as a free download for both iPhone and iPad, with full support for the new iPhone X. The UNO Synth Editor app offers all the same great control as the Mac/PC version.
*A lightning to USB adapter is required; iPhone/iPad operation requires battery power.

For more precise control, the editor incorporates a full-size GUI that maintains the same look and feel as the UNO Synth hardware panel, while offering deeper programming settings and new sound sculpting options. Users can easily access functions on an intuitive virtual panel that offers even more ways to shape their sound. 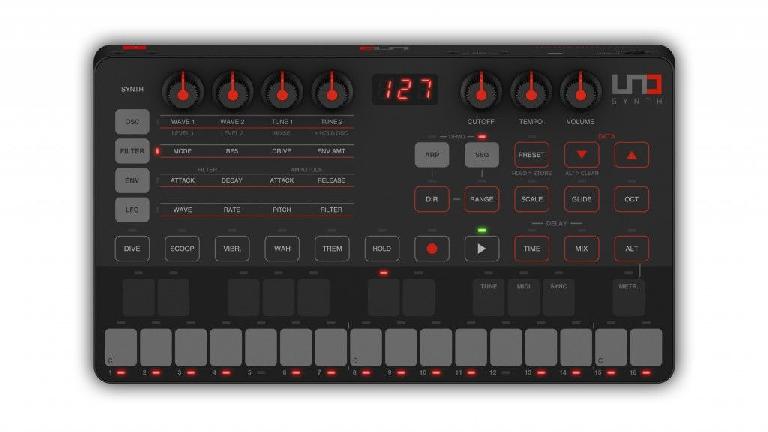 For extreme flexibility, UNO Synth responds to parameter changes from the editor in real-time, while the editor can track changes made on the UNO Synth's front panel. All edits can also be saved directly into the UNO Synth, for instant recall.

The editor can also be used to change the operation of the Uno Synth's front panel knobs to suit different users' hands-on preferences. Three modes can be selected - Absolute, Relative and Pass-Through - to determine how the knobs behave when moving between different parameters, based on the user's preferred style of operation.

The editor's Synth panel includes virtual knobs that allow users to easily tweak and edit synthesis parameters such as the oscillators and envelopes, fine tune additional control parameters, animate performance effects and much more. In addition, a full 88-note virtual keyboard is included, as well as virtual pitch and modulation wheels. 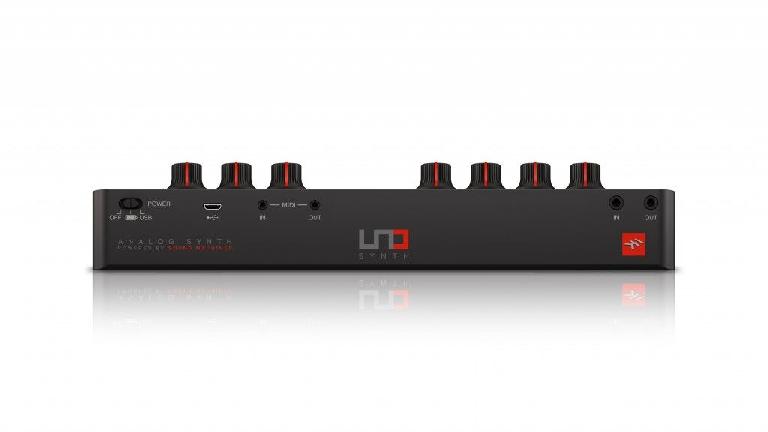 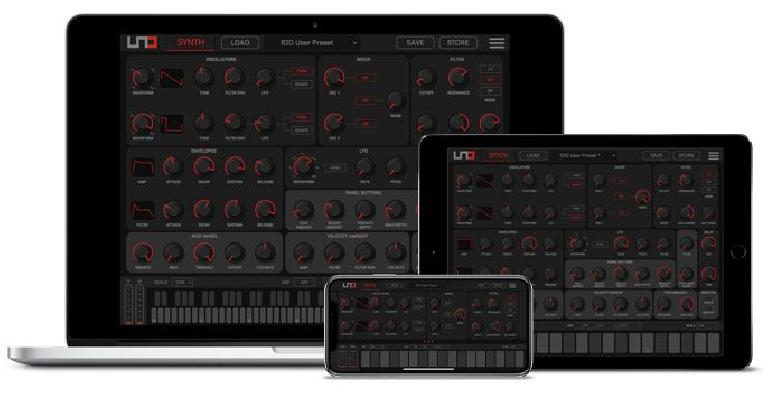 The editor software is also useful for setting preferences. A dedicated menu allows an array of options to be set, ranging from MIDI routing to knob behaviour selection. Users can adjust all MIDI settings including In and Out channels, Sync, Overflow and Soft Thru. 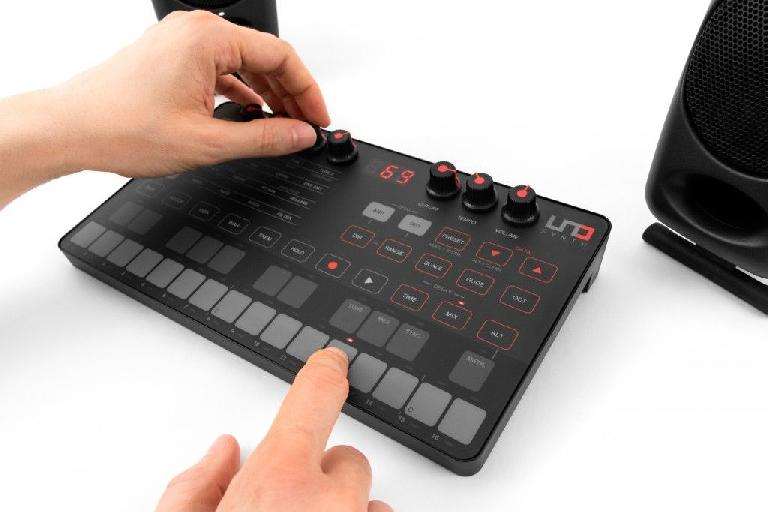 UNO Synth can be configured for convenient integration in an existing rig. Users can map MIDI routings to freely assign communication across both the MIDI DIN ports and USB ports. Outboard gear and virtual apps can be instantly connected, enabling UNO Synth to be used as both a MIDI interface and MIDI controller.