Language
It was just a matter of time before an app with Apple Watch control came out to cater for the audio recording (and video production) communities. And Apogee's MetaRecorder sure looks interesting!

Essential features of MetaRecorder on iPhone can be controlled from Apple Watch '" start and stop recording, Favorite a Take, add Markers or set your microphone input level.

Apply metadata tags like Keywords, Favorites, Markers and more to your audio files while recording in the field, then share the recorded audio and Final Cut Pro XML files to Dropbox directly from MetaRecorder. When imported into Final Cut Pro on a Mac, the captured metadata simplifies the process of organizing and parsing your media, substantially accelerating your post-production workflow. 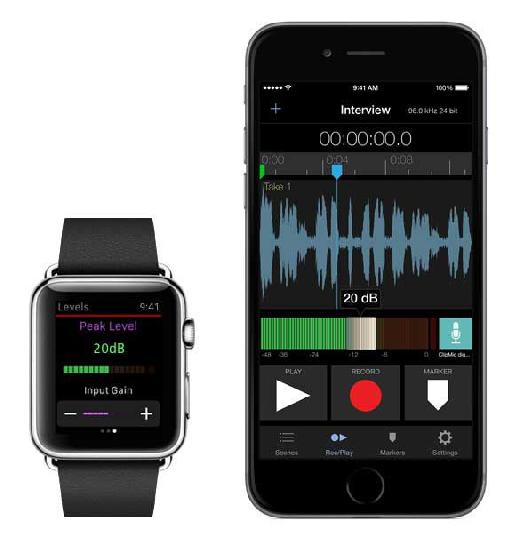