Language
At NAMM 2015 we got our hands on the new Arturia audio interface: AudioFuse. It looks great and we're told it'll sound better than anything... find out what's powering this device in the video below.

GRENOBLE, FRANCE: having blown musical minds and opened ears when unveiling its AudioFuse at The NAMM Show 2015, January 22-25 in Anaheim, California, today music software and hardware developer Arturia is proud to reveal what makes this next-generation audio interface technically tick (all the boxes)…

Take a trip under the hood of Arturia's amazing AudioFuse audio interface in this technical video: (WARNING: be prepared to be blown-away by its characteristics and measurements!)

Sound is where the musical heart is, so two DiscretePRO® microphone preamps — proprietary design, duly delivering total performance control over each and every component used, rather than simply relying on tried-and-tested third-party integrated amplifiers — beat (the competition) at the technological heart of AudioFuse. Why? Well, consider this. Amplifying a microphone's minuscule signal to an acceptable working line level without introducing noise or distortion is no easy task. While many manufacturers make use of the various integrated amplifiers available, each and every one of those brings their own characteristics and limitations to the table, which is exactly why Arturia — along with a team of analogue audio experts and sound engineers — used cutting-edge technology to design its own circuits using discrete components and improve on coveted design ideas from the golden age of analogue consoles. The result? DiscretePRO®, an exceptionally pristine analogue microphone preamp circuit that captures microphone nuances — and performances — as accurately as possible. 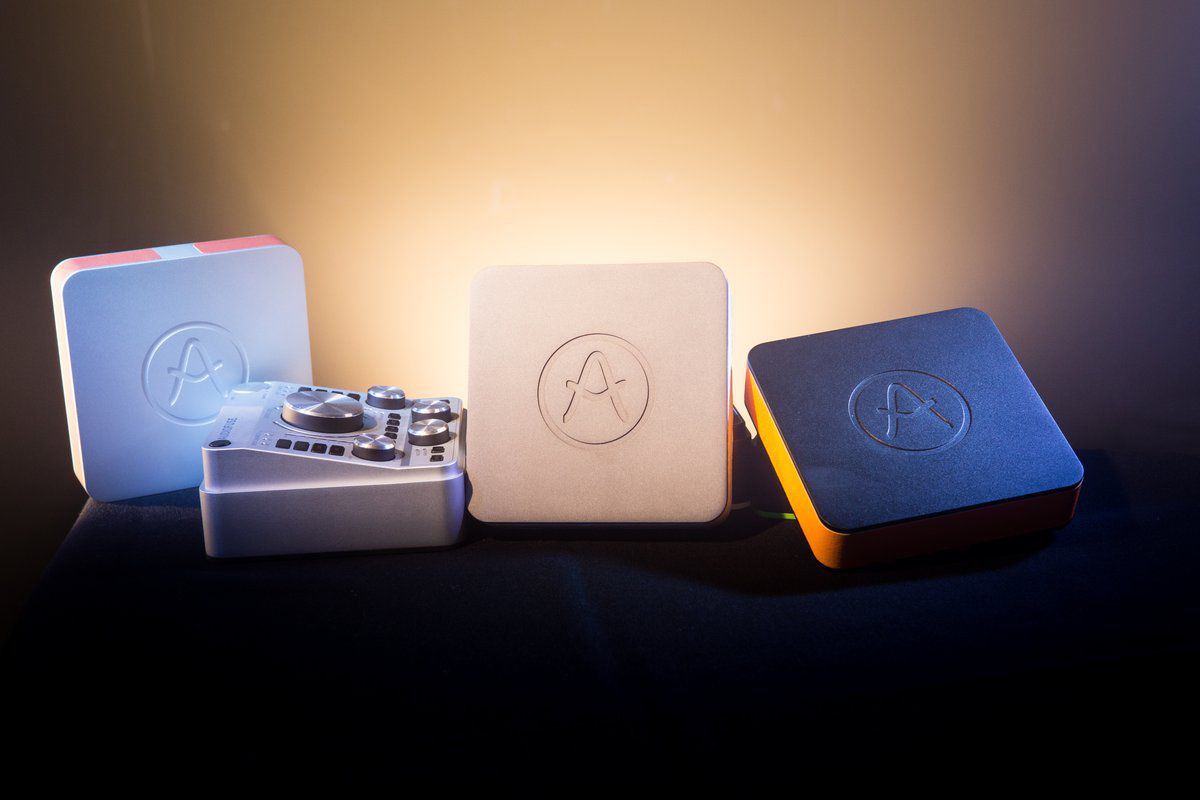 And Arturia has the facts and figures to prove it. While many manufacturers routinely set up tests to their advantage, AudioFuse's superlative specifications have all been verified with a state-of-the-art APx555, the latest audio analyzer from Audio Precision, purveyors of the recognised standard in audio testing. These are all real-world performance measurements (in compliance with AES117 standards) — analogue signal path, taken at insert point, not the misleading chipset performances published on occasion by other less transparent competing companies. The test results speak volumes about AudioFuse. Let's talk signal-to-noise ratio, for example, expressed as Equivalent Input Noise (EIN). This figure reflects how loud audio content is in comparison to unwanted circuit noise. The better signal-to-noise specification — lower EIN numbers, the cleaner the resultant sound. So the EIN measurement on Arturia's DiscretePRO® technology is better than that of anything else in its class: >129dB unweighted (>131dB A-weighted). 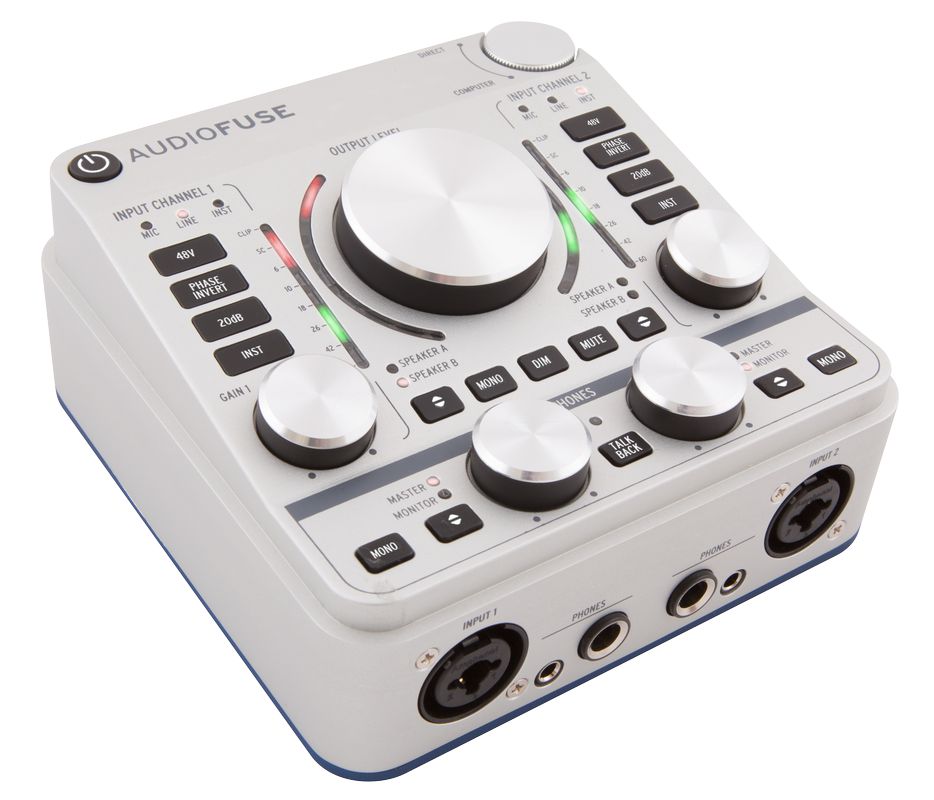 While we're at it, is Arturia able to shout from the rooftops about anything else here? How about Total Harmonic Distortion (THD). Speaking of preamps, the lower the THD, the less the sound is coloured by extra, unwanted harmonics. When it came to designing DiscretePRO®, Arturia's goal was to achieve the least possible THD to give the AudioFuse user's sound the best possible linearity (or 'transparency'). To truly achieve this, the use of capacitors in the signal path was duly minimised (as they tend to negatively impact distortion levels) — low and behold, the purest, most faithful sound possible is now possible with AudioFuse. Actually, the AudioFuse harmonics distribution chart shows that the 2nd Harmonic is 107.6dB down from the test signal, signifying top-notch transparency, while the 3rd Harmonic — often associated with the harsh sound of transistors — is also exceptionally low. And as if that's not enough to blow musical minds and open ears, the higher harmonics that are associated with producing metallic sounds are not even present. 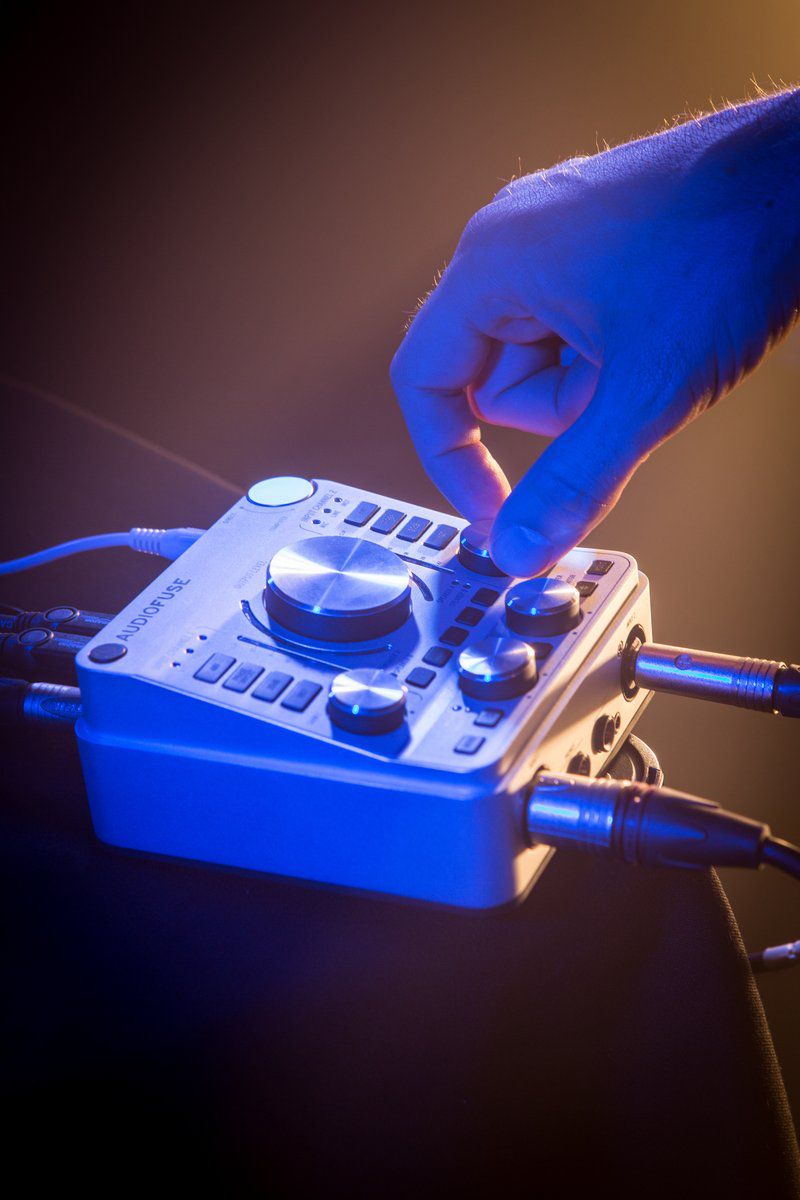 Par excellence, indeed! Let's leave things here with a little-known fact: frequency response above and beyond the 20Hz to 20kHz range of average human hearing is required in order to deliver flat frequency response within that range. Just as well, then, that those deftly-designed DiscretePRO® preamps boast one of the most consistent frequency responses available anywhere — all the way out to 250kHz! They also benefit from three separate gain structures — standard studio/classical signal levels, weaker signal levels (like those from ribbon mics), and attenuated stronger signals are all accommodated, allowing music to shine through with pristine pro audio quality across one of the most extended gain ranges (18dB to 72 dB) of any professional mic preamp on the market.

Mission accomplished. Arturia's next-generation AudioFuse truly ticks all of the technical boxes. Best wait until it is available to buy before choosing your next audio interface, perhaps? Perhaps you best make it a next-generation one!

AudioFuse will be shipping in Spring 2015 and available to buy in a choice of silver, grey, and black colour finishes from Arturia online or through the company's global network of dealers and retailers for €549.00 EUR/$599.00 USD.