Reason's Grain synth is an incredible tool for sample manipulation that gives you total control over every aspect of your sound - and it's perfect for ambience and textures. 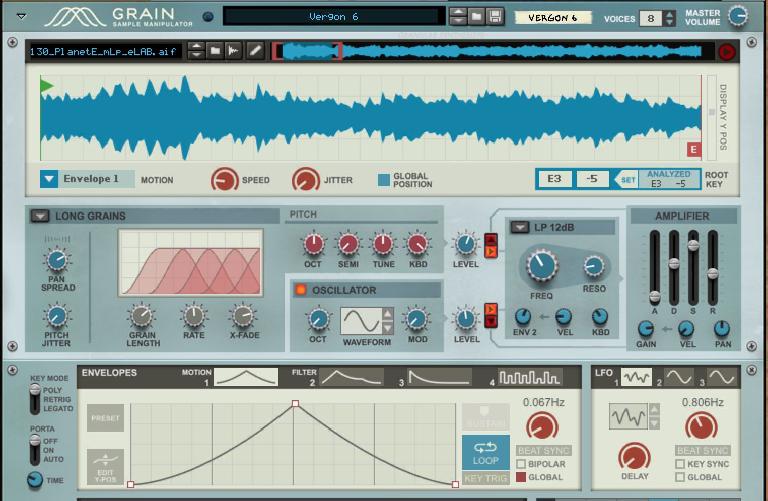 You can start with any sound or patch but I’m starting with a patch called “Vergon 6” from the factory library as it works really well, and so you can also follow along. We’re going to focus on the Sample, Grain and Envelope sections. If you hold a note before changing anything, you will see the playhead in the sample section picks up and plays along the sample. The default setting in this patch is for it to play in a loop based on Envelope 1 in the Envelopes section. Moving the green and red markers in the Sample section sets the left and right locators the playhead uses for barriers. 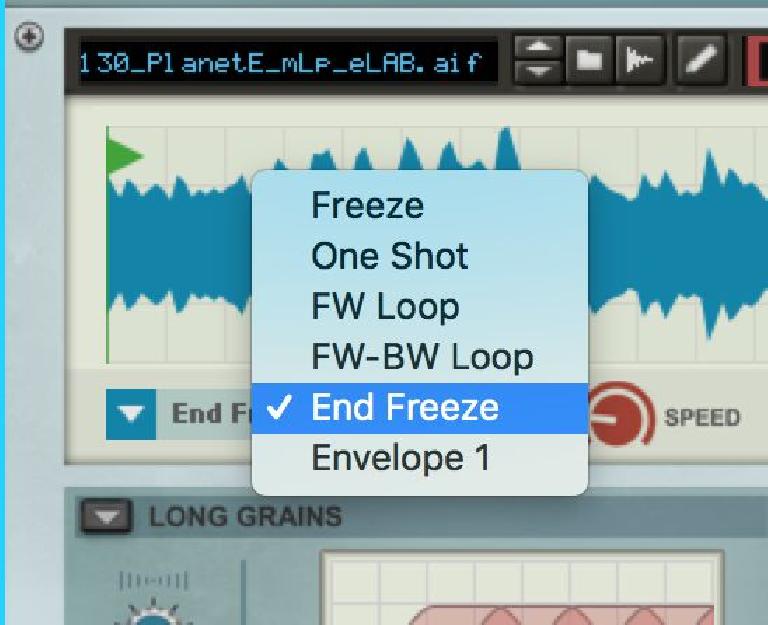 If you click on the Motion menu in the Sample area, you will see that you can choose various different types of movement for the playhead. Experiment with these: Freeze causes the sample to repeat at the left marker location, while One Shot will play from left to right and stop. The two loop options play a regular or ping pong loop, and End Freeze plays to the end marker then freezes the sound. 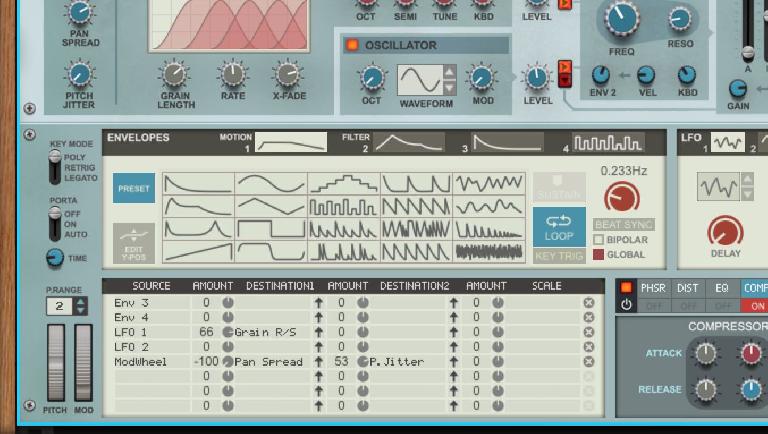 With Envelope 1 selected, try holding a note while modifying the shape of the envelope. This can be done by picking up its points, or clicking to create additional breakpoints and modifying the curves between them. The Edit Y Pos box can be activated to restrict movement to just one axis, and looping can be switched on or off. Also, clicking on the Preset box will reveal a lot of preset envelope shapes which can be called up quickly. By making just a few tweaks to the default envelope shape, you are able to create a more dynamic and fluid sound which sweeps in and out.

There are four slots to hold envelope shapes and you can flip between any of them at any point. And for each one you can also set a unique speed, loop on/off value and also use the Sustain command to specify at what point in the envelope playback - if any - the playhead should stop and sustain. If you activate the Key Trig button for any envelope, then pressing a MIDI note will retrigger the playback from the start. Switched off, the envelope continues to play or loop regardless of whether you press new notes.

Now move up to the Grains section and click on the chooser menu at the top left of its window. Here you can choose how Grain interprets and processes the sounds it is breaking down (into grains) and thus greatly affect the way the results are produced. In this example I have selected the Spectral Grains option and then as a note is held, I manipulate the Snap and Filter knobs to change the resolution and intensity of the grain processing. While you may want to play with these until you get the desired result, remember also that you can automate these and most other controls so you can create sonic changes over time, for a more pleasing effect. 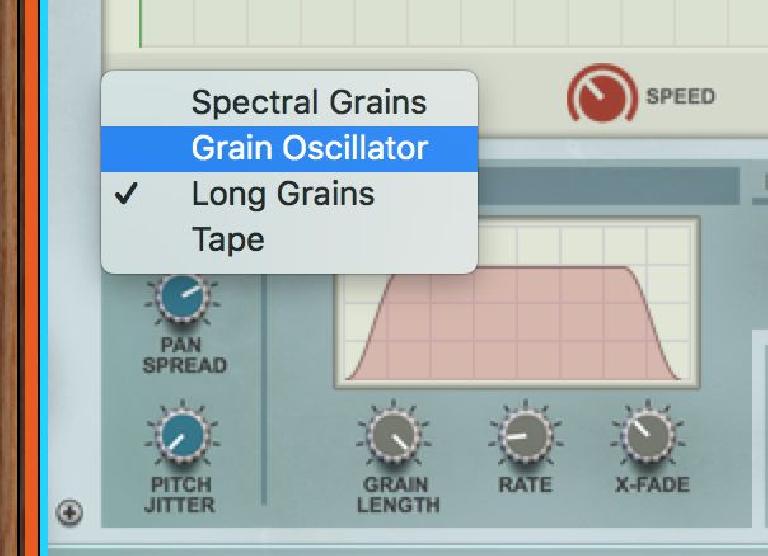 Now try selecting the Grain Oscillator option. Here, if I play with the grain Length and Spacing dials I am able to get some really psychedelic effects, pushing the grains further apart to create a slowed down, granular effect. This is like a more advanced version of what 90s producers used to do with hardware samplers, artificially stretching out sounds far beyond anything you’d normally expect to hear. The results can be great for all kinds of ambient sound design. 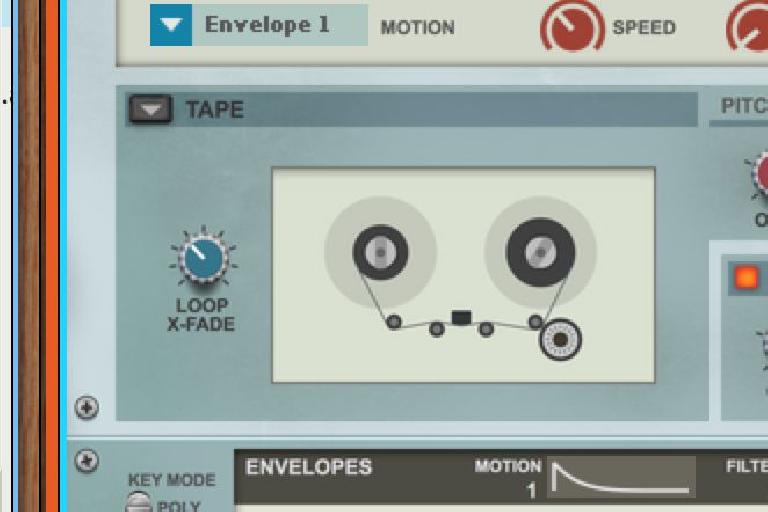 Now select the Tape option and although it doesn’t have as many parameters to tweak you will hear that this option provides another out-there, sci-fi style effect for your sounds. Consider playing with the filter effect, sharpening it up (by lessening the amount of filtering) to provide more of a punch as the sound hits. 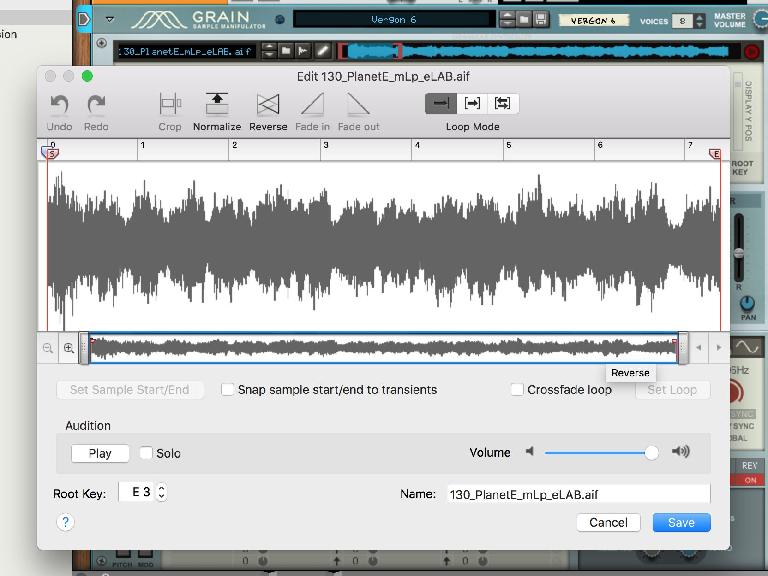 Returning to the Sampler section, locate the small Sample Edit button to the left of the miniature waveform overview. Clicking this will open Reason’s application-wide sample editor, which can be found on most sample-capable modules. This is actually really powerful and allows you to perform all kinds of edits on the sample being used as the basis for granular synthesis. You can for example easily crop, reverse or normalise it and also save it out under a new name, after which it will appear in the Song Samples section of the browser to the left of Reason’s main window. 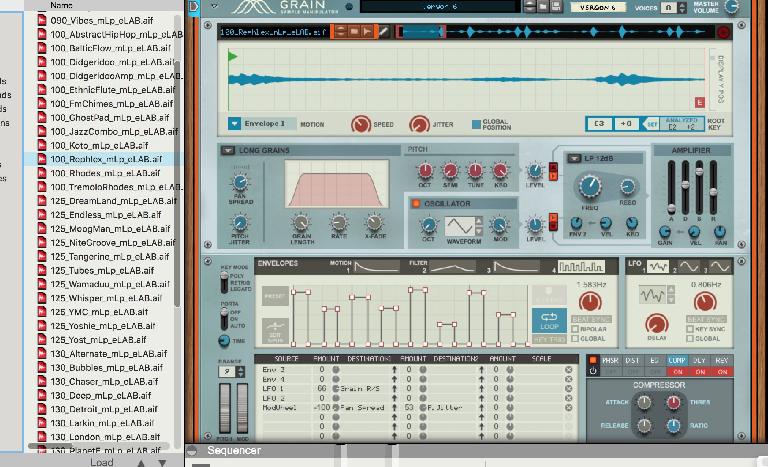 Remember also that you can record or load a new sample into Grain without disturbing any of the other settings you have made inside the synth. So by clicking on the Sample Record or Load button, or dragging and dropping a sample from your desktop directly into the sample area you can import it and have it treated in exactly the same way, without having to set anything up from scratch again. 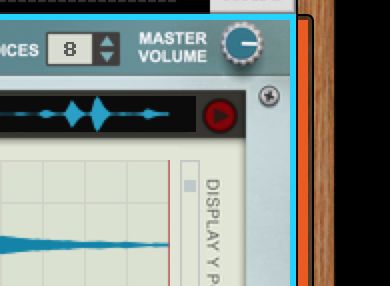 One final tip - although your sound will be heavily modified by Grain you can easily get a quick preview of what the source sample sounds like by pressing the small red button at the top right hand corner of its window. Useful for reminding yourself how different the source is to the end results!