Language
His Buchla's LPF has no resonance (and Steve H likes it that way!) Find out why in his latest insightful exploration into the innovations occurring in the world of synthesis.

If you're anything like me then you must have noticed that there's a synthesis paradigm out there that is getting old fast. It's that old oscillator/filter/gate thing with envelope generators and LFOs and some chorusing/flanging. Yep, just about every synth out there does all that stuff. Yawn...

Everywhere I look'"with some notable modular exceptions like Buchla and some Eurorack companies'"that's all I see. What's THAT all about? What signal flow despot made that rule? Take filters: It's like somebody proclaimed that every low pass filter has to have a resonance control so that every sound goes wah-wah! Come on, I loved Keith Emerson too but that was over 30 years ago!

Sure, there's some really cool wavetable, modeling and additive oscillator synths loose out there but even THEY end up getting dumped into a resonant filter start sounding like every other synth. And haven't you noticed that so many synths have the same patch names: Moog-this and Jupiter 8-that, and that annoyingly titled Crystal Ice Planet pad that shows up in almost every patch library.

So what happened? Why are so many synths locked into that tired old signal flow? I think I know the answer because I was there'"near the beginning'"when voltage controlled synthesizers like Buchlas, modular Moogs and ARPs were state-of-the-art technology. Let me try to explain. At the time, those classic synths made sounds that no one had ever heard before. And like anything new, it inspired creativity and sonic innovation. That's why they soon found their way into every record being produced.

Then, those sounds became popular and (because there was a market) synths became commercialized, repackaged, dumbed down, cheapened (made affordable) and sonically homogenized and before you could pull out a patch chord, the whole darn synthesis movement became plastic little 2.5 octave B&W keyboards playing the same ol' waves and white noise forced into low pass filters with resonance controls. 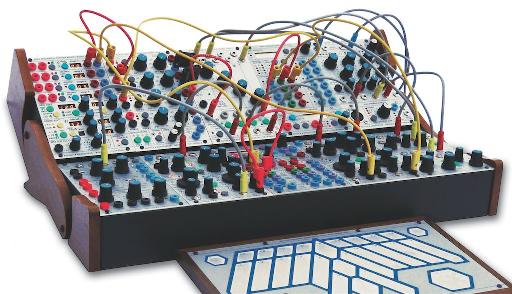 Those expensive and groundbreaking modular synths'"that started the whole revolution'"became historic relics of a bygone era. Well, almost... because one of the most innovative instrument makers never stopped making and innovating his modulars: Donald Buchla.

Donald Buchla has been making extraordinary unusual synth modules without interruption since the mid 1960s. One of his 'oscillators'' is called the Twisted Waveform Generator 259e. It doesn't have a standard selection of preset waveforms. What it DOES have is 5 different and simultaneous ways to modulate, morph and warp the waveform into a billion different shapes!

Or what about his VCAs? Buchla's are housed in a module called the Quad Dynamics Manager 292e. This is an exquisite design that merges a low pass filter (no resonance!) with a gate (think VCA) that allows the creation of some of the most pristine and extraordinary percussion sounds ever generated by electronic circuits. It does this by mimicking nature: When a real world sound gets louder, it also gets brighter and its initial attack is the brightest of all! That's the physics of percussive sounds and Buchla incorporates that into his deigns! Here's a video of me playing a Buchla 200e Skylab focusing on these amazing percussion sounds. Listen to their clarity as I control the speed and location with Buchla's interpretation of a keyboard called the Multi-Dimensional Kinesthetic Input Port 222e! BTW, I love the way he names his modules! His random voltage generator is the Uncertainty Source 267e! Watch:

Yeah, I know, you can't dance to it, or sing it, but those sounds are just so deliciously real! BTW, Buchla's Skylab 200e can be MIDI controlled too! This means: Yes you CAN play melodies, if you really want to!

Modular Is Where it's At!

Imagine a world where your sound's signal flow could always go anywhere you wanted it to go! Well, that world is here and it's called modular. I love Buchla's exquisitely absurd designs. However, there are lots of companies who make hundreds of different synth modules that all work together because of a standard called Eurorack! It's like having the the convenience of MIDI (because their size, connectors and power needs are compatible) but for synthesis and signal flow. What makes this so kickin' is that in a modular system YOU create the signal flow... YOU pick the kind of type of sound generator that YOU want to use... YOU determine the processors... YOU are the instrument assembler! That's putting the power back in your hands to make essential sonic choices.

Of course this assumes that your music, too, isn't trying too hard to be like everyone else's! OK, so Steve H is against musical conformity too, huh? Yep! 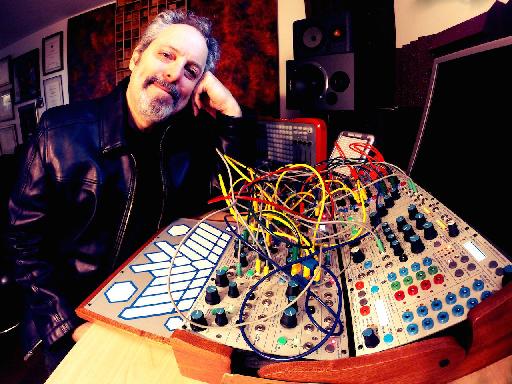 You don't need leather to own a Buchla, but Steve H carries off both modular and his jacket in one go.

It's Time To Revolt (or Revert)

Sonic arsenals built around truly innovative devices like the ones designed by Buchla and others is IMHO the coolest way to go. Change is coming! Lately I've noticed that some of the big boys like Roland and Korg seem to be sensing the future. But until then, explore the modular stuff that's out there!  Go Eurorack, Go Buchla! Go Innovation!