Language
It's time to take a journey into the world of synthesis with veteran synthesists, Logic guru and musical maestro, Peter Schwartz! Here he explores harmonics, overtones and partials.

Of the three basic building blocks of any analog synth—oscillators, filters, and amplifiers—the oscillator is simple enough to understand: it produces notes with a particular kind of tone color (timbre) as determined by the setting for the oscillator's waveform. This is fed into a filter, usually a low pass filter, which does the job of letting you modify the oscillators “raw” sound by cutting off the higher frequency harmonics of a sound while passing the lower harmonics. But what are harmonics?

Well, if you've ever been mystified as to what harmonics are, read on, as I'm going to share with you my simplified explanation of what they are and their influence on the sounds you hear.

If we were to break down the audio signal produced by an oscillator for any individual note (with the exception of sine wave-based sounds), what we'll discover is that the note is actually a chord! The chord is made up of many individual sine wave “components” of different pitches and volume levels, with the loudest of them—the fundamental—defining the actual pitch of the note. The additional notes piled on top are also sine waves which are always higher in pitch than the fundamental, yet so low in volume that it's usually impossible to pick them individually out by ear. These are harmonics, also called overtones or partials. Combined with the fundamental, these virtually-impossible-to-hear-on-their-own additional notes blend to give a sound its particular tone color, or timbre.

To borrow an analogy from chemistry, sine waves are to complex sounds as atoms are to molecules. Thus, all complex sounds—meaning those which are not just sine waves themselves—are made up of combinations of multiple sine waves at different pitches and volume levels.

In fact, every sound imaginable can be broken down into their “component” sine waves using a variety of methods, including (hold on to your hats) a mathematical process called Fourier Transformation. But much closer to home, you can do it yourself without a degree in mathematics right on your own analog synthesizer. We'll explore this later on in the article.

The pitches of harmonics are related to the fundamental's pitch in a very simple and natural way. Let's say we play a low C1 on a synth set up to play a sawtooth wave. The frequencies of the harmonics present in the sound will be simple mathematical multiples of the fundamental, and form what's known as the overtone series: 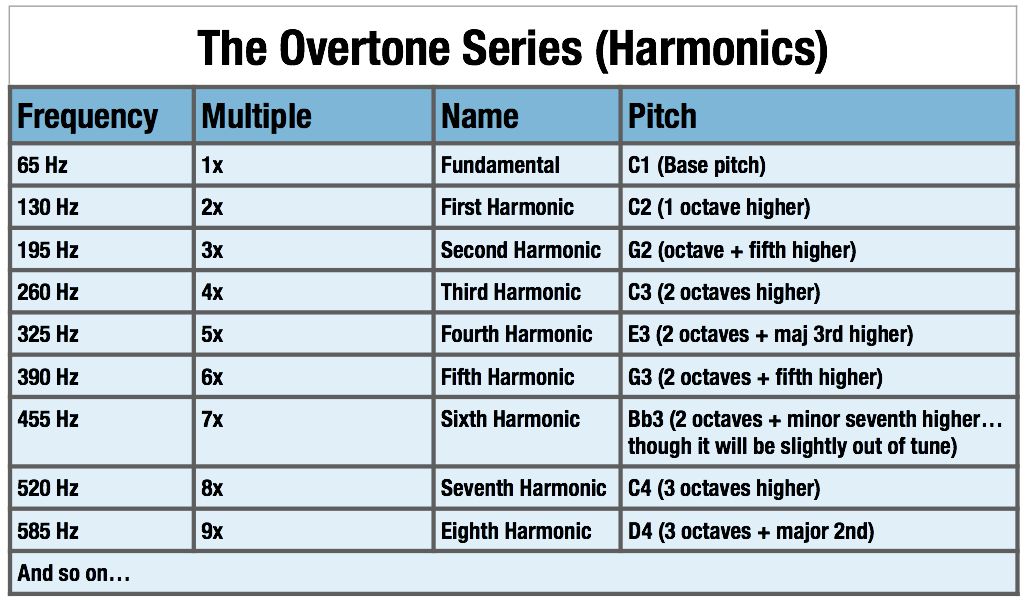 The Overtone Series (Note: all frequency values shown have been rounded off for shallow, cosmetic reasons.)

The frequency of the overtones in many synth oscillators can go far higher the multiples shown in the table above, approaching or exceeding the range of human hearing! 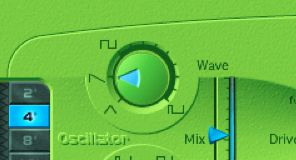 In essence, each synthesizer oscillator waveform is a timbre preset, providing a particular combination of the fundamental plus harmonics of varying frequencies and relative volume levels. Sawtooth waves sound bright and buzzy because they contain “all” harmonics—all those shown in the table above and then some!

Square waves contain the fundamental and only odd-numbered harmonics, resulting in a bright yet hollow sound. Interestingly, triangle waves consist of exactly the same sonic components, but the volume of the harmonics in this waveform are overall lower compared to square waves. 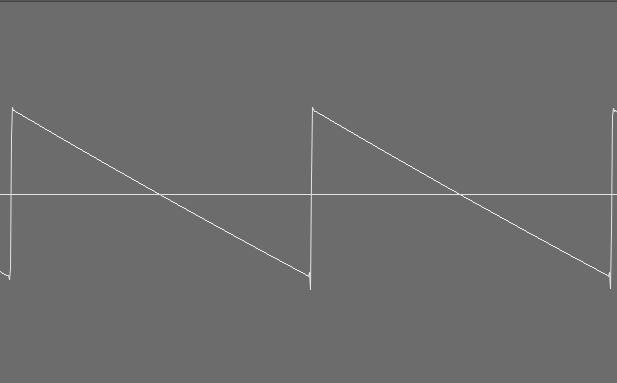 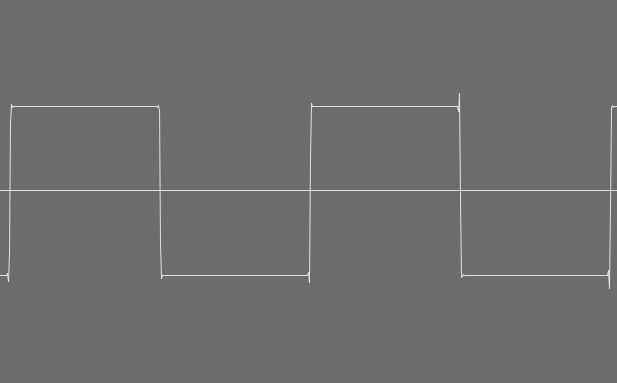 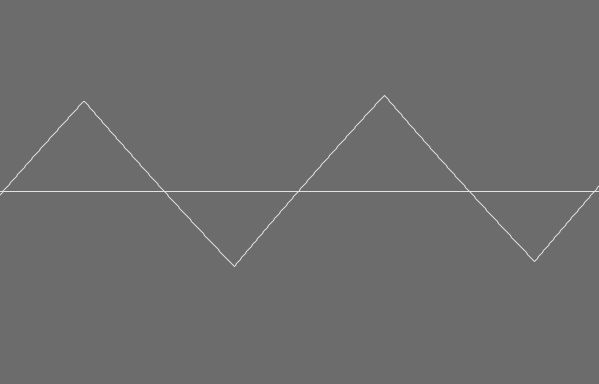 The reason we don't normally hear harmonics as separate and distinguishable notes is because they're so much lower in volume than the fundamental. And typically, each higher-numbered harmonic is lower in volume than the previous one! But the result of this blend is a sound with a distinguishable pitch (thanks to the relatively loud fundamental) of a particular tone color. Or, to put it another way, the timbre of the sound is the result of a loud sine wave “base pitch” overlaid with a soft “chord” of additional mathematically-related pitches—harmonics!

Almost every analog synth, virtual or otherwise, contains a lowpass filter. We can use it not only to prove that harmonics exist in the oscillator's various waveforms,  but we can, of course, use it to create interesting alternatives to the relatively boring sound of straight-up oscillators. The recipe is simple:

Start with an “initialized” sound on the synth of your choosing. If one is not provided, find a very simple patch that doesn't contain any movement such as chorusing, arpeggiating, or other changes to the sound. Best results will come from choosing (or programming) a sound that uses only one oscillator set to a sawtooth wave. Then, turn cutoff all the way up, resonance all the way down, and turn off any envelope modulation to the filter.

Figure 3: Initial setup for exploring the action of a lowpass filter.

Start by playing a low note, say, C1. The sound will start off bright due to the prevalence of higher harmonics in the sound and the fact that the cutoff control is fully “open”, allowing them to pass through. Now slowly turn down the cutoff control and you'll hear the sound get progressively duller though it will maintain the “body” of the note's pitch. This is the action of a lowpass filter, cutting off the higher, brightness-inducing harmonics as you close the filter and cut them off.

To reveal the harmonics contained in the sound, turn up resonance about ½ or ¾ of the way. (Note: turn down the volume down before you play anything, because turning up resonance can make a sound unexpectedly loud). 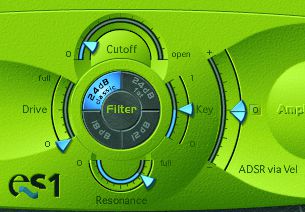 Figure 4: filter settings for cutoff and resonance to reveal harmonics in the sound.

Now slowly turn up the cutoff control and as you do, you'll hear a “whistling” or “ringing” as each harmonic in the sound is encountered and made to resonate due to the high setting of the resonance control. (Listen to Sound Clip #2 for an example of this with a sawtooth wave).

Try this same experiment with square, triangle, and other waveform types as well!

Peter Henderson
great explanation of what the cut off does - I have played with it in Massive but an article like this, explaining that it changing the amount of harmonics that can be heard makes sense of what is happening
airforceguitar
Nice overview! I don't think that the relative level of the fundamental contributes to our pitch perception that much. Indeed a series of sine wave overtones without any fundamental will still be perceived as if one exists. ;)
Keep up the good work.
Widdy Weiss
The Overtone Series (harmonics) is incorrect.
The Fundamental IS the First Harmonic.
The 'Second Harmonic' IS the First Overtone.
I know, it can be confusing. :)