Synthesis Essentials: All About Oscillators

You might be a champion synth tweaker, but do you know what the different types of oscillators on your instrument actually do? Our guide will explain all...

Oscillators. The raw sound source that spawns the diverse range of tones and timbres spewed by all synthesizers. They come in different shapes and can be produced by a variety of techniques to make your imagination audible. If you consider the fact that all of the sounds we hear are vibrations in air, oscillators are creating synthetic vibrations that become sound once connected to a speaker. Instead of moving back and forth like a guitar string, the oscillator cycles between positive and negative voltages.

If these cycles take place between 20 and 20,000 times per second they are audible to the human ear. The rate of these fluctuations determines the frequency, or pitch of the tone, and this is tuned to produce the notes struck by the keys. We call one full fluctuation a cycle, or period, and refer to the shape that these oscillations take as a waveform. The shape of the oscillation determines the timbre or tone of the sound.

Sine, Triangle, Sawtooth, and Pulse (or Square) are the four most commonly utilized synthesizer waveforms. Sine waves represent the pure tone of a single frequency, which is called the fundamental. The other waveforms have added harmonics or overtones that take place above the fundamental. This can add brightness, complexity and texture to the sound. Sawtooth waves are the most harmonically rich, because they have harmonics every integer above the fundamental. Therefore a sawtooth wave played at 100Hz will have harmonics at 200Hz, 300Hz, 400Hz and so on. Each successive harmonic descends in amplitude, or volume, by half and this cascade creates the descending sawtooth shape. 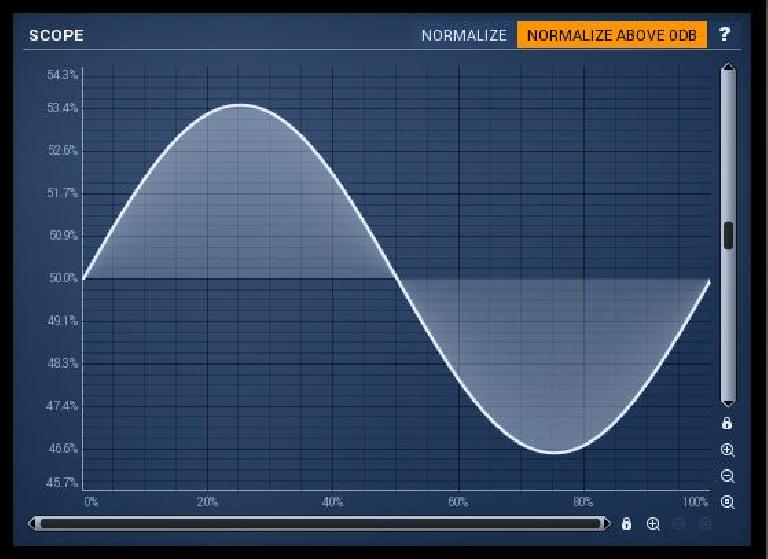 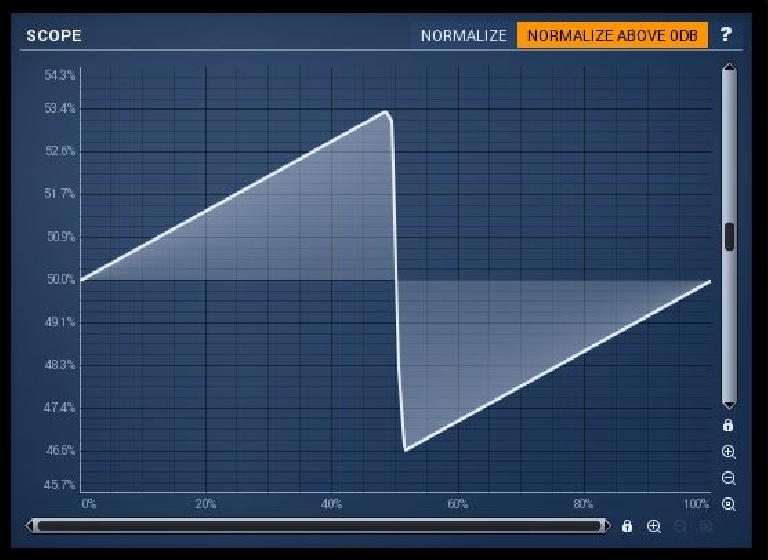 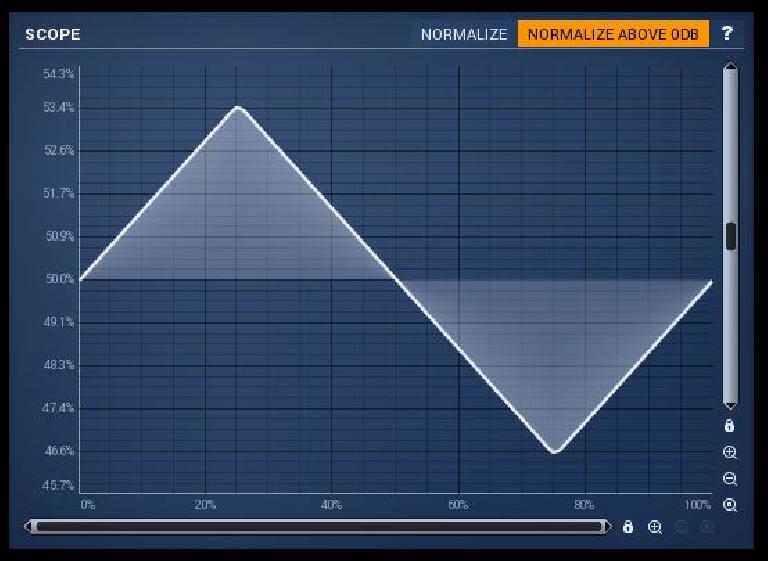 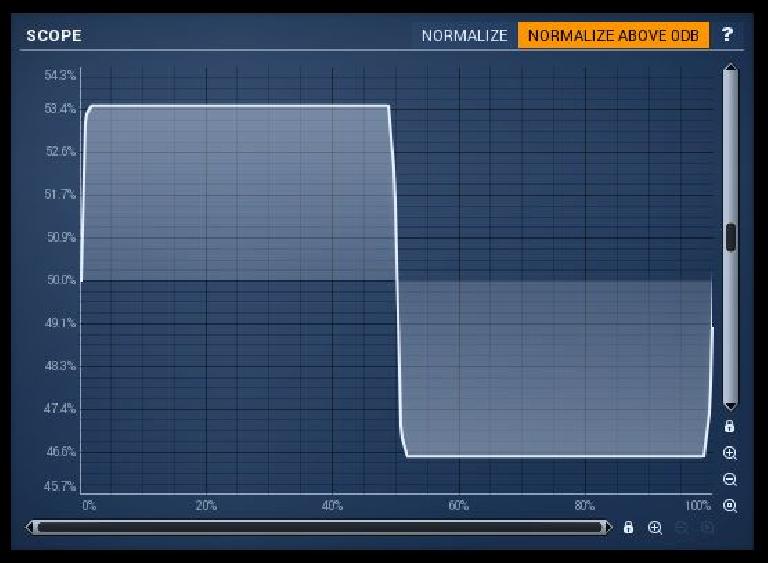 Synthesizers will also often have noise sources sometimes variable between white noise, pink noise and other colours. Noise generally means a random mess of frequencies, and the colour determines the amplitude relationship of those frequencies. White noise has equal power across linear frequency bands, while pink noise has equal power across logarithmic frequency bands. This means that pink noise correlates to the way that the human ear perceives amplitude and the frequency spectrum. The translation into plain english is that white noise sounds brighter than pink noise because it has more power in the higher frequency ranges. 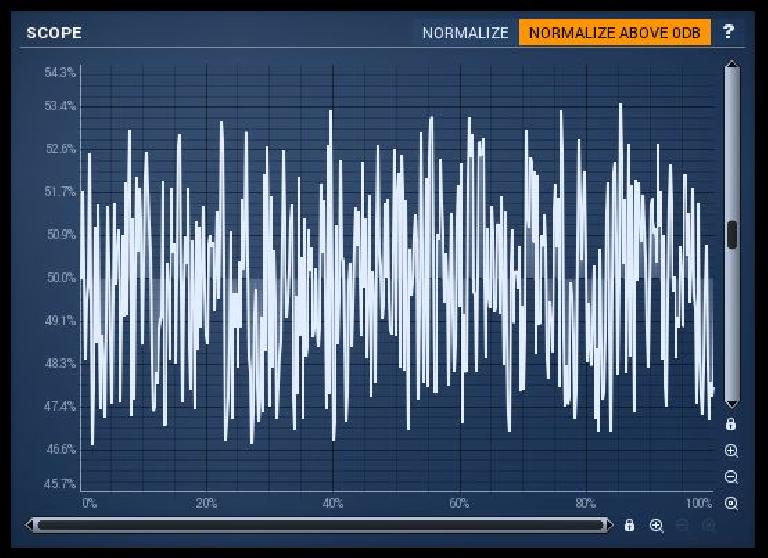 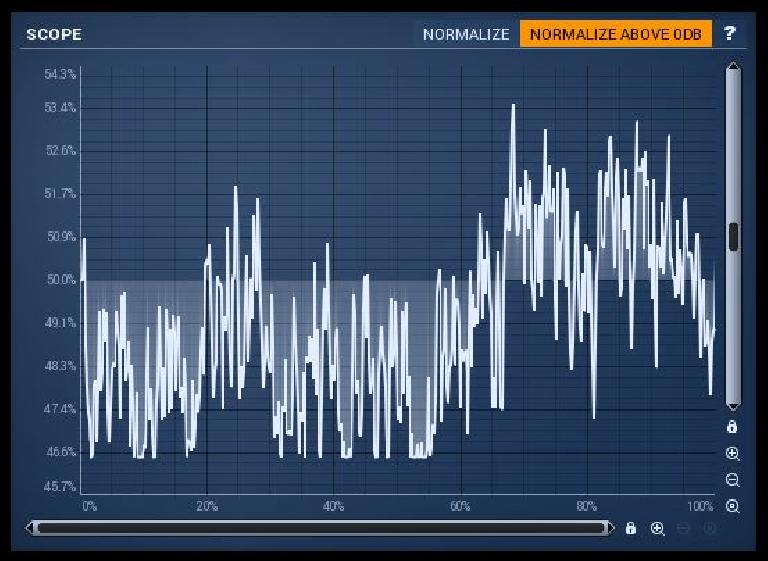 These basic sound sources can be combined in an endless combination of ways to create more complex waveforms through a process called phase cancellation. Phase refers to the position of a wave on its cycle. Waveforms that start, stop, and enter positive or negative ranges at the same time are said to be in phase and can merge to create a boost in amplitude. Conversely, waveforms that enter opposite ranges at the same rate are out of phase and cancel each other out. Of course in most cases it’s rarely this simple and phase cancellation becomes an interplay of waveforms of different shapes, frequencies, amplitudes, and degrees of phase playing off each other in complex ways. This is what creates that beautiful effect called beating when two oscillators played together are slightly detuned.

Here the slave oscillator trying to play a steady tone, but is forced to sync to another oscillator which changes in octave, then receives frequency modulation from an LFO.

In most analog oscillators, one waveform is produced, usually either a triangle or sawtooth wave, and then run through a waveshaper to alter the waveform into the other shapes. This is where the terms triangle core and sawtooth core come from. Typically triangle core oscillators tend to respond better to fast frequency modulation, while sawtooth core oscillators are easier to phase reset and generally have richer harmonics in their saw waves. Sometimes this waveshaping from one to another can create a spike or glitch in the imposed waveforms. The shapes of the actual waveforms produced by synthesizers are often approximations of the standard waveforms and sometimes they don’t even look close to what they claim to represent. This is part of what creates the unique character of analog waveforms. In any event, how they sound to your ears is the most important factor. 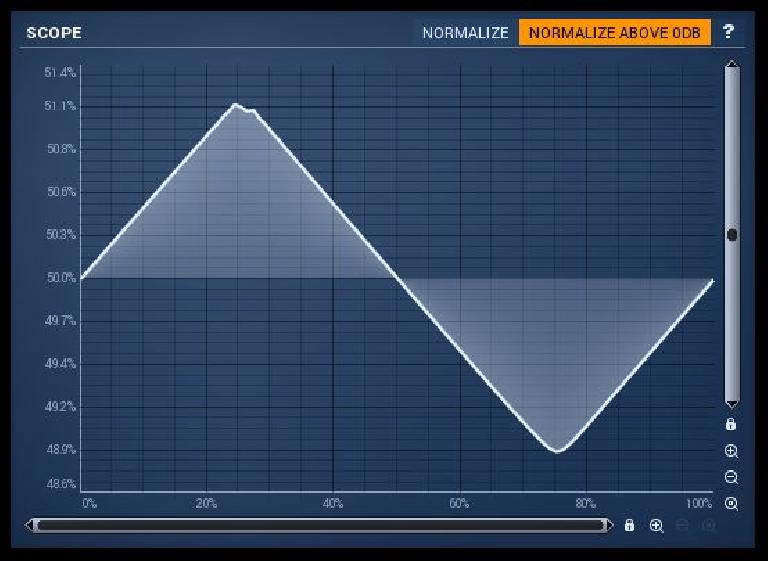 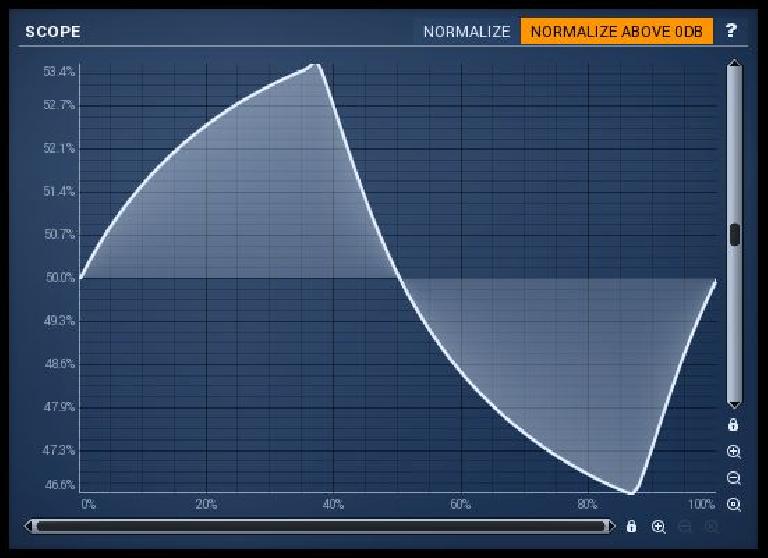 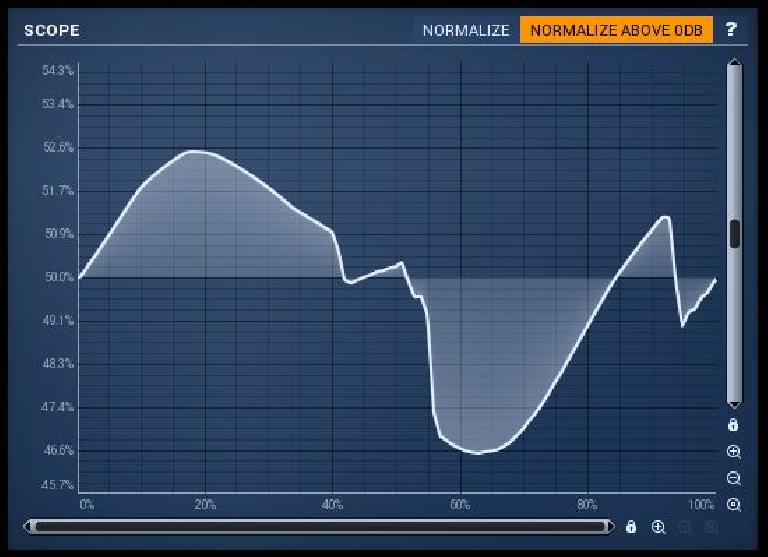 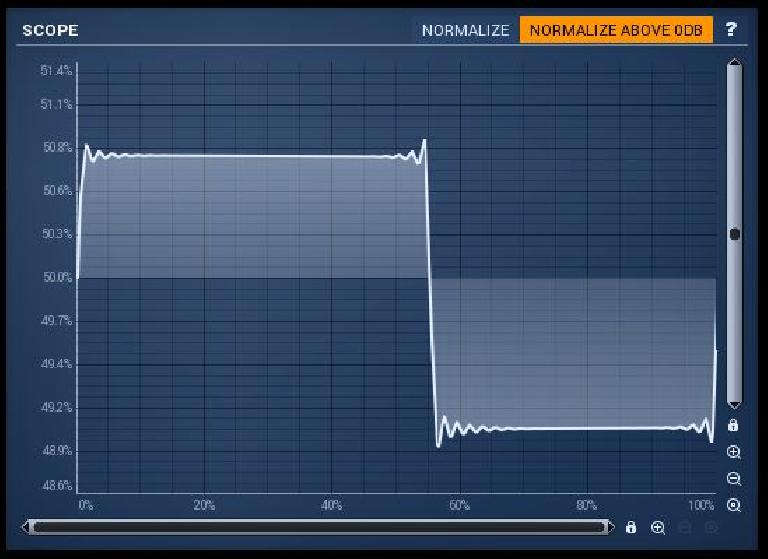 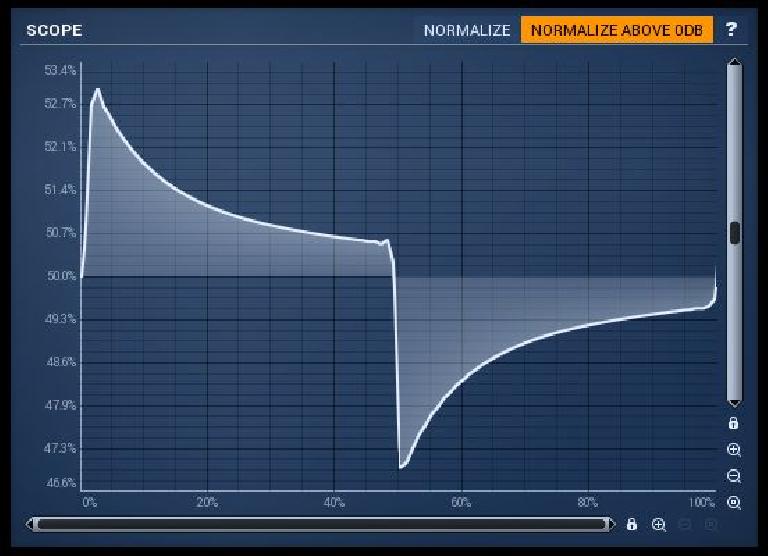 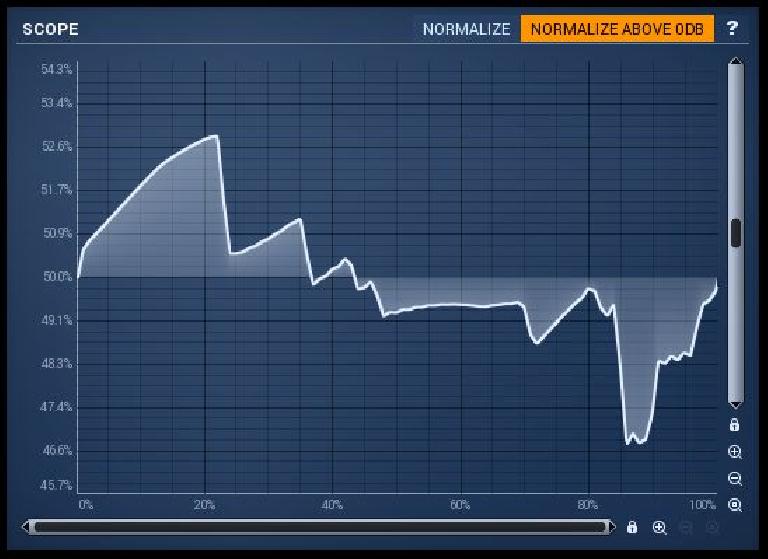 Digital waveforms on the other hand can be made to be perfectly shaped, or made in radical new shapes. Wavetable synthesis makes use of digital waveforms with various shapes sometimes derived from actual sound sources. Some wavetable synths have the ability to morph between wavetables to create evolving tones.

Low frequency oscillators, or LFOs are also a critical component of synthesizers. They can take on the same wave shapes used by sound source oscillators, and can occasionally be audible themselves, but more importantly they are able to produce frequencies far below the range of human hearing. These slow cycling waveforms are used as modulation sources to manipulate various synthesizer parameters. For example, by using a triangle wave LFO to provide pulse width modulation you can create a sweeping flanging effect great for string-like pad sounds. In the realm of LFOs, noise takes the form of random values often referred to as Sample & Hold. In this case, random values are sampled at a particular rate, or tempo division, and held from one sampling to the next. This creates a random stepping of values to add chaos as desired.

Understanding your oscillators is especially helpful while trying to create a particular type of sound with a synthesizer. Smoother, rounder tones are often easier to achieve with less complex waveforms, while harsher and aggressive leads quickly spring from denser harmonic content. Conversely, techniques like oscillator sync reset and audio rate frequency or amplitude modulation can mangle modest sine waves into harsh monstrous tones. This is the general principal behind West Coast Synthesis, as opposed to East Coast Synthesis, where complex tones are usually the starting point, and filters are used to tame them.