Language
StrumPad is an ingenious idea for a MIDI controller that does away with keys and replaces them with virtual strings / fretboard that can be strummed in a way you'd expect to play a guitar.

Yes, we said strumming without strings. And we definitely didn’t say strumpet! Regardless, this project on hackaday.io by miro2424 is rather cool. The StrumPad uses the Arduino ATMEGA328 and received MIDI In and MIDI Out. It features 6 touch strips which you can strum (you’ve probably got that bit already) instead of just pressing down like a keyboard.

The virtual strings you strum then send MIDI note on/off data to your synth or DAW like a regular MIDI keyboard controller does.

Here’s a demo video of StrumPad in action:

Each “string” on the StrumPad has an LED light to indicate which strings are actively being triggered. It’s powered by USB or 5V. Although it’s ideal for emulating the strumming action of a guitar style instrument, I’d be more interested in using StrumPad for strange synth sounds, sequences and odd string emulation sounds like those found in Logic Pro X’s Sculpture virtual instrument. 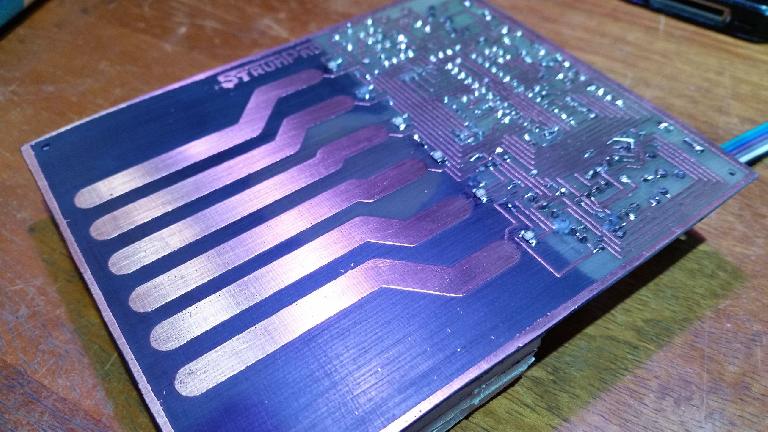 All the files needed to make your own StrumPad can be found on hackaday.io (see link below).