Language
If you've got MIDI hardware and are enjoying the "analog" feel, mixing in your DAW might feel like rain on your parade, which is why incorporating a hardware mixer into your setup could set you free.

Now that you’ve picked up a few modern, analog synthesizers and drum machines, you may be discovering that going direct into your audio interface isn’t giving you the full analog experience, like you’d hoped. After all, part of the fun of analog is the ability to put your hands all over, press knobs, and really work inside the limitations. In addition, it’s also fun to be able to mix in analog sources on the fly. This is true for not only live performance, but also for recording jam sessions at home, tracking, boosting your incoming signal, EQing and even overdriving. In this article, I’d like to go over some strategies for incorporating a small, hardware mixer in with your DAW, and MIDI hardware.

For some, it’s true, simply running each individual piece of gear in to each open channel on an audio interface will be just fine. After all, all you have to do is record arm 3-4 tracks and set up your inputs. And, there you go! Everything is on its own track, and the mixing can commence, once you’ve recorded, or tracked your takes, all in one shot. 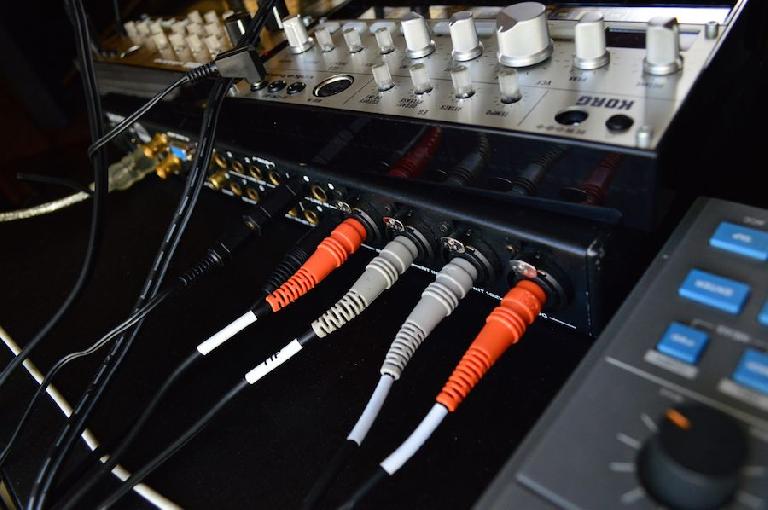 While this is great for most, some of us want to be able to mix our signals going in. Maybe we want to layer a couple of synths. Maybe we’re bouncing multiple drum machines to a stereo send, going back into the computer. Maybe, we just want to do one take, free form, record it on the computer and make the stereo recording an MP3, for friends. If the latter is the case for you, you may want to send to the computer via Aux sends and returns. 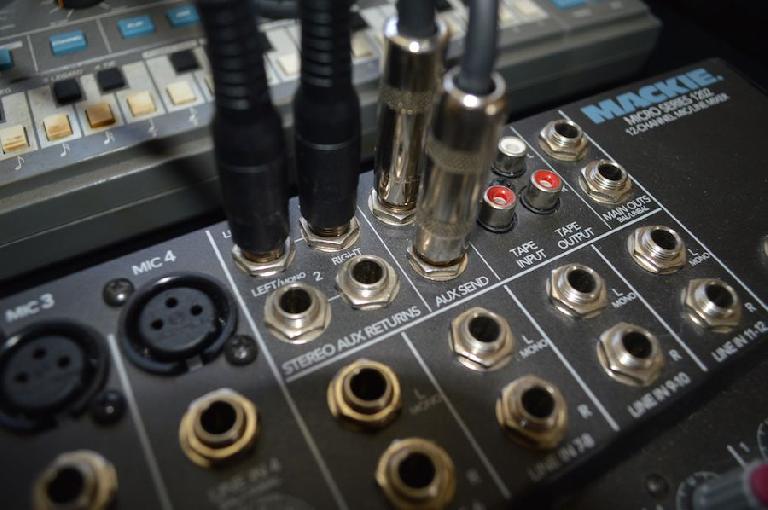 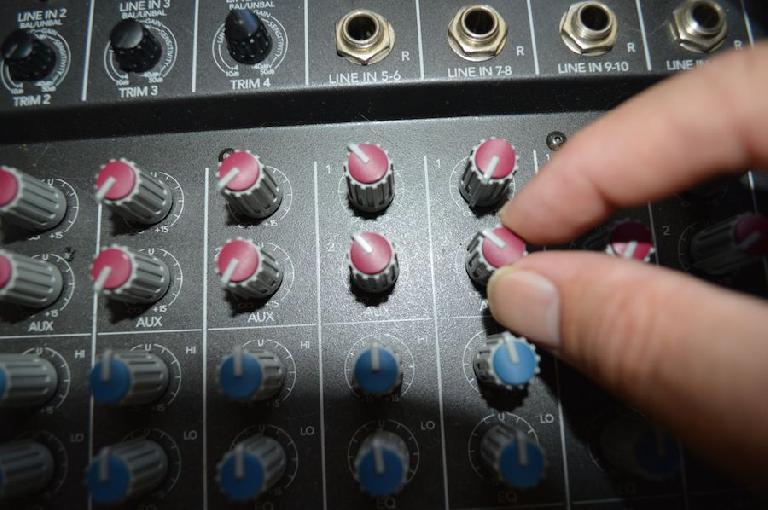 An additional perk of using Aux Sends is that you can also send monitor mixes via headphones, or mounted speakers, while on stage. Use Aux 1, perhaps, as monitor mix 1, and send a particular mix to yourself. And, then send a completely different mix to your other bandmate (if applicable), so they get a completely different mix. This can be especially helpful when working with vocalists, as stage monitors are often problematic for live performers, especially when you’re using your own effects.

Alternate Outputs from the Mixer

Some mixers have alternate outputs, and when set up properly can make the tracking/recording of hardware just as easy, and almost identical to running your hardware straight into your audio interface. A lot of the old, Mackie mixers have dedicated outputs labeled ALT 3-4. These outputs are extremely handy, because when you have outputs going into your computer connected to ALT 3-4 jacks, pressing the Mute buttons will automatically cut each muted signal from the main mix, and send them out the alt 3-4 jacks.

This used to be my favorite way of working. I’d build up song, entirely in hardware, and when I finally got to the point where a couple of instruments within my mix sounded locked in tight, I’d press the Mute button of the track in question, and suddenly track is now playing into the record inputs of my DAW. Once I’ve recorded my entire take with this instrument, I can simply press Mute again. And, now there is no signal going into my DAW, anymore.

If you’re planning on recording multiple instruments at once, discretely, to their own tracks, this is not a great way of working. But, if you just need to record 1-2 tracks at a time, this method is slick, efficient, and takes very little time to send an out. Just press a mute button. You can also send two tracks through the ALT 3-4 outputs by panning one track to the left, and one to the right. This technically gives you two outs!

Also, the ALT 3-4 outputs are very handy for recording quick vocal takes. You can just leave your mic set up, permanently, and when you’re ready to add in some more vox, just press the appropriate Mute button, and your voice will be heard and recorded. 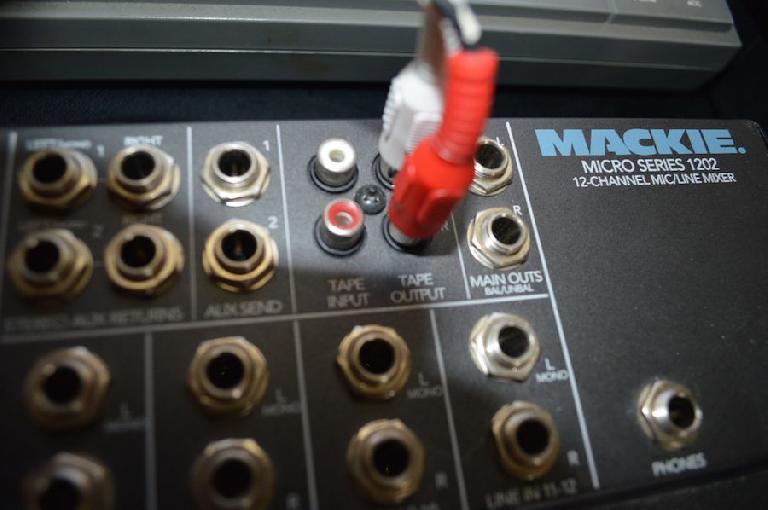 When you do this, you are placing your computer in the role of an old school, multi-track, or two-track audio recorder. And, by having the computer coming back in, through the Tape In, you can hear what you have recorded, and are also able to easily deselect the Tape In button, eliminating any incoming signal, thus removing the possibility of feedback, after playing back your takes.

This method is great, if you’re simply recording specific takes, one at a time, or you’re simply using the computer as a stereo recorder, recording full mixes of freeform jams and complete sequences.

As you can see, there are a few ways to integrate your analog gear, through a mixer, going to an audio interface. While a mixer does add an additional layer to your production chain, I find them great for quick, tactile access to bring up my speakers, quickly bring in additional pieces of gear into the mix, and even as the only mixing device, should I feel to send the computer out to the pasture, and go entirely hardware!

Are there other ways of doing this with an analog mixer? Oh yeah! And, that’s where a lot of the personal fun comes in. Figuring out way of integrating the old and the new, for yourself, that really adds something to your way of working.

Pvetriventhan73yahoocom
Sir these very use full but please tell me the basic connection of midi in mixers
To expand on previous comment, I am looking for a mixing console or sub console that will allow me to send Midi commands from a midi sequence that will bump faders up on a given channel for a solo, then back fader down when solo is done.