Steve Duda on The future of Software Instruments & Effects

Language
Steve Duda, the man behind Xfer Records' Serum synth, Cthulhu and LFO tool, shares his take on the future of VSTs and VSTis. A fascinating read for all producers and computer musicians.

Steve Duda is the genius behind one of the best, if not the best, sounding wavetable synths currently on the market—for which I have yet to see a negative, or even mediocre review.

He and his company Xfer Records has been making quality VST & VSTi for a while now. Items like Cthulhu and the LFO tool are household names. He also has a few free FX plugs that you might find on most seasoned producers’ computers. It is safe to say he has made a name for himself through his quality programs. I thought it would be great to pick his brain about the future of VST & VSTi. 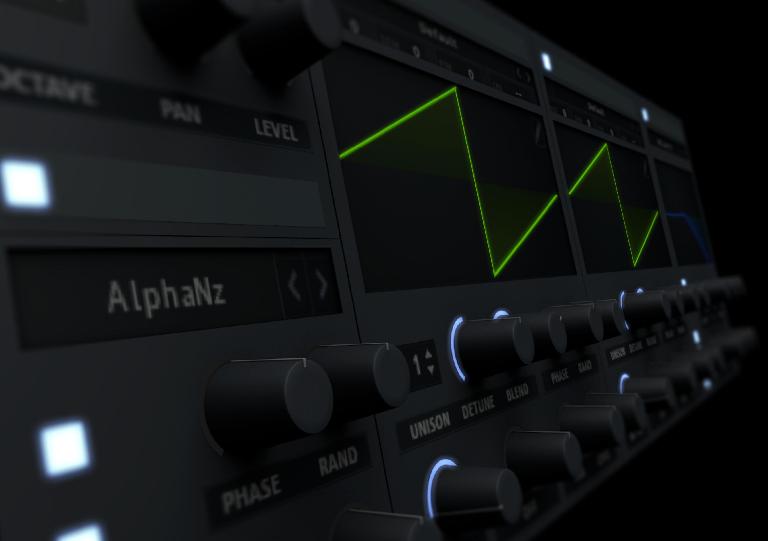 Serum from xfer records is widely considered one of the best software synths available.

A few weeks ago I had a chance to interview the heavyweight Rob Papen about this same topic. He has been around improving people’s music by ways of his programming ability for many years. I figured I would ask Duda the same set of questions to kind-of compare and contrast their responses. Like the new kid on the block vs. the seasoned professional.

Obviously there are no right or wrong answers to these questions, but finding out what is in the mind’s eye of these visionaries about the same topics could give great insight to what the future of digital music production has in store!

Ask: As wearable technology becomes more popular, cheap, and agile can you see VST & VSTi makers catering specifically to that?

Steve Duda: Probably at some point, there’s already OpenGL appearing in some VSTs. I think VR/AR technology is really well-suited for entertainment, if it becomes a dominant gaming platform like many predict, then naturally other sorts of apps will spill into it. I’ve given a lot of thought to VR as a music-making environment and have my own ideas there, but I’m a little skeptical that it’s “the future”, it feels retro-future to me, if that makes sense (a potential fad/dead-end of sorts, until advancements of technology make the whole thing a lot less bulky).

I’ve given a lot of thought to VR as a music-making environment, but I’m a little skeptical that it’s 'the future.'

There is currently a Kickstarter for a board developed by the Queen Mary University of London that boasts 1 ms latency. “It uses the BeagleBone Black single-board computer which features a 1 GHz ARM Cortex-A8 processor and 512 MB of RAM. It runs a custom Linux audio environment that gives you buffer sizes as small as 2 samples, producing latency as low as 1 millisecond from audio into audio out, or even down to 100 microseconds from analogue in to analogue out.” How can you see technology such as this changing the game?

Well, for players it makes a lot of sense, like a guitar synth built right into the guitar. However otherwise, I don’t think 1ms versus 10ms makes much difference to the average laptop musician. Even most drummers can’t hit a drum with anywhere near 1ms accuracy (I’ve recorded a lot of them). Josh Freese (NIN/A Perfect Circle/Devo/Vandals) is an exception to that. 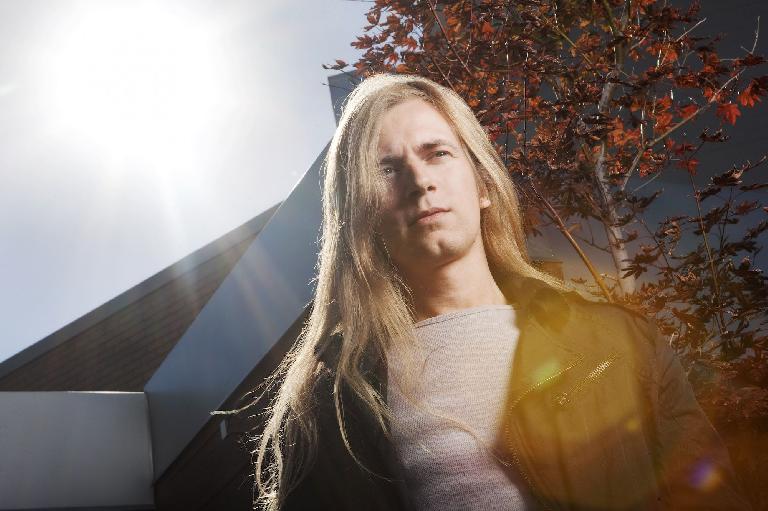 Ask: Can you see Artificial Intelligence playing a role in VST & VSTi in the near future? If so, in what ways?

As far as AI goes, There are a number of startups in the AI music composition space, it’s making its way into DAWs for arrangement assistance, chord progressions off a melody or vice-versa, etc. Look up David Cope EMI, David was my composition professor in college and has pioneered some interesting things decades ago in this field. AI will make its way into everything at some point, but the arts is where there will be a fair bit of resistance. It’s not a question of AI being “cheating” to me, but if a bot is choosing your chord progression and melody, there’s not so much personal expression left.

Ask: As things become more and more open source and programs like Max and PureData help to open up programming for non-programmers, can you see yourself catering to that crowd?

I don’t see any direct need for me in the middle of that. Different people want to interface with software in different levels. Some people only want to surf presets, I have no problem with this really, although I’d hope they’d know how to alter the sound if it was close but not perfect. Some people want to make sounds “from scratch” inside their song, but they don’t want to go too far away from “making music”. This is the intent behind Serum, to make a synth that is fast to program so you can stay in the big picture of making music. 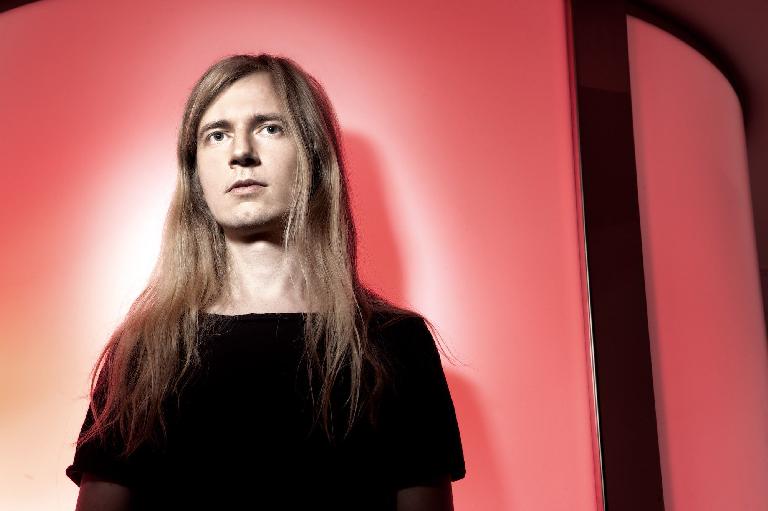 Piracy isn't something Steve Duda wants to focus his time & energy on.

I want my mindset and energy on making and improving products, providing excellent customer service, really supporting those who support me.

Ask: How does piracy factor into past/present/future VST & VSTi?

I don’t really want to spend time and energy on piracy, it’s a bit twisted and disgusting that I can’t just ignore it. It’s a typical interview question. I want my mindset and energy on making and improving products, providing excellent customer service, really supporting those who support me. Not spending my time or money on elaborate lock mechanisms or dongle protections. The companies making dongles want me to believe I’m losing a lot of money. I know most users of my software, well over 90% in fact, have an illegal version. This is disheartening, but if I can make a programmer’s salary from the cool people that support me, then I can’t complain. If I can continue at it then I’m happy. I know many of the bigger companies are hurting pretty bad, I limit my exposure to damage by keeping my expenses to a minimum, so the software sales can directly put food on the table.

Ask: What about the future of digital instruments and effects excites you most? Not yours necessarily, but the field in general.

I’m most excited by the number of young people getting interested in making music on computers. When I was doing it as a kid in the ’80s, I was basically a freak. I’m excited by everything being “in the box”, or perhaps even “in the cloud” someday. 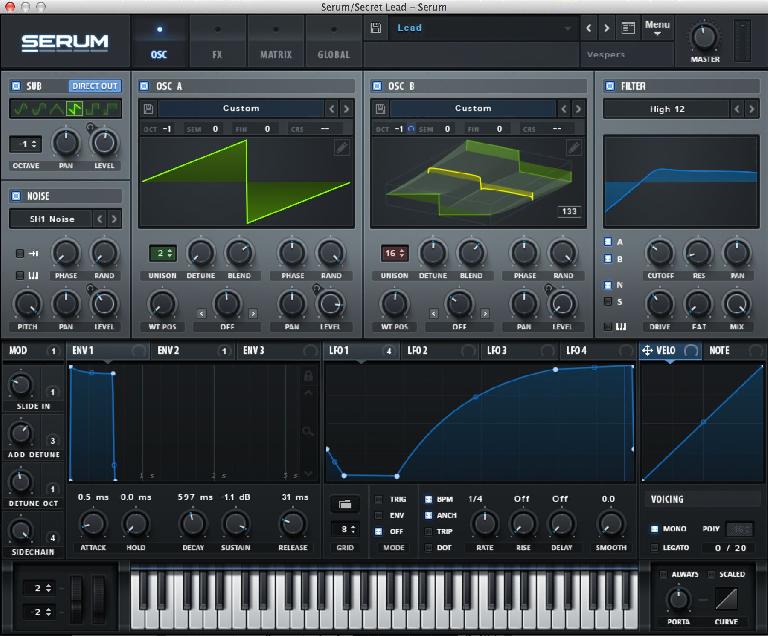 Ask: What do you have planned for the future, both near and far, that you are willing to share with us today?

You’ll have to wait and see for that, as will I! Right now I’m most interested in improving my existing products. I have some nice ideas for all of them. Updates are always free, it’s another way I try to give back to those who support me, not to mention I’m a customer of a lot of software myself and I hate paying for updates.

"Joshua Casper is an accomplished live performer, DJ, producer, and music educator. His specialties are centered in and around Ableton Live and Native Instruments. His educational material has been featured on Ableton.com and Maxforlive.com as well as a myriad of large music production websites. His music has been featured on Dubstep.ne..." Read More

Chris Polus
I should just buy his software to support him. Copy protection is such a pain in the ass for paying customers. But hearing 90% of people have a pirated version is just disgusting. I commend you Steve. I'll soon be among your customers!
Joshua Casper
yeah... I agree
Francis 7
90%!!! That's terrible. I had no idea that it was so bad. I did steal a little when I was young but I didn't feel good about it. Also, when you pay for stuff you usually get looked after if you have problems, updates are cheaper etc. I have a good relationship with lots of developers, big & small. Granted I can afford to buy software (for an amateur I spend waaaaaaaaaay too much!) and I feel better about it. I will always buy (affordable) software because developers work hard (my brother is one) and if they don't get paid they stop.