And stay tuned for our review of UR22 mkII on Ask.Audio... in the meantime, here's what Steinberg tell us about the UR22mkII:

The UR22mkII is the second iteration of Steinberg’s versatile audio and MIDI interface. Impressive 192 kHz/24-bit audio quality across two channels, its solid build, MIDI connectivity, highly acclaimed D-PRE microphone preamps alongside the newly implemented class-compliant mode, Loopback capability plus its software for PC, Mac computers and iPad turn the UR22mkII into an advanced portable solution for music and audio recording and production.

On the front side of the UR22mkII interface, two Neutrik combo connectors provide microphone and line input, each with gain control and peak indicators plus an additional high-impedance switch on the second input. The panel also includes a headphones output with a dedicated volume control, a master output volume control and a mix knob for hardware-based zero-latency monitoring.

The rear panel features two balanced line outputs, MIDI input/output connectors and a phantom power switch enabling +48 Volt supply on both channels. The USB 2.0 port provides high-speed connectivity to PCs and Mac computers, which supply the power to run the interface. Alternatively, switching the power supply to the additional 5 Volt DC port allows for use with a USB power adapter or battery pack. 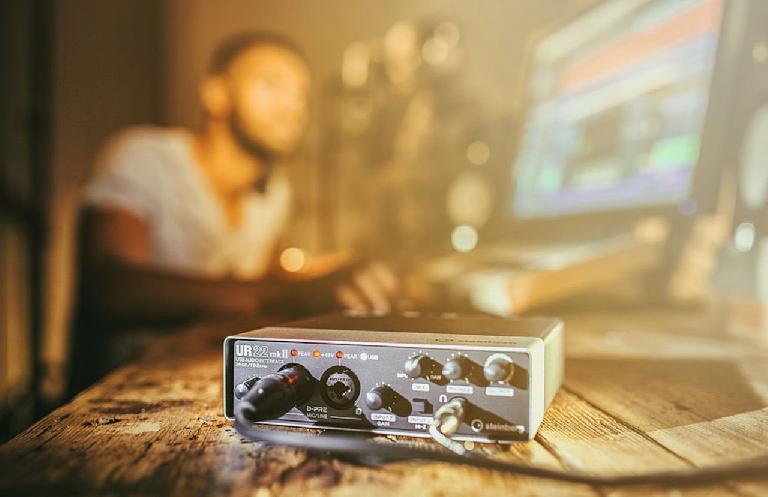 If you're fortunate enough to have a great wooden table like this one, the UR22mkII will make it look even better.

The newly implemented class-compliant mode offers a seamless link to the iPad when using either a Camera Connection Kit or Lightning to USB Camera Adapter, while the interface’s additional Loopback capability now offers an easy way of streaming performances live to the Internet.

UR22mkII customers are entitled to download the Cubase AI music production software as well as the new Cubasis LE app for iPad, providing immediate tools for recording, mixing and editing audio on a Windows PC, Mac computer and iPad. 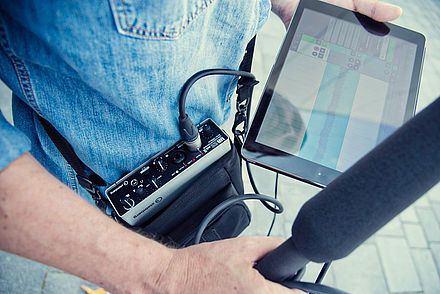 And it's compatible with iPad.

“The UR22mkII is designed and built for mobile musicians and producers that expect high performance wherever they are, and that for a very affordable price. The incredible feature set is only topped off by its iPad connectivity and downloadable software bundle,” commented Stefan Schreiber, hardware product marketing manager at Steinberg.

The UR22mkII audio and MIDI interface will be available from resellers and through the Steinberg Online Shop from November 11, 2015. The suggested retail price for the UR22mkII is 159 euros, including German VAT.