Language
Steinberg tells us their exciting new drum kit for Groove Agent 4 and Groove Agent SE 4 brings the best of Nashville drums to your productions.

Spanning over 7 GB of remarkable content, the Nashville drum kit boasts more than 8,000 samples that were recorded by Grammy-award-winning sound engineer Chad Carlson at the legendary Sound Emporium Studios in Nashville, Tennessee. Each instrument of the 13-piece Yamaha drum set was sampled in 16 velocities and five round robins, allowing Carlson to capture the natural sound and balance of the entire drum kit.

Matthias Quellmann, Senior Marketing Manager at Steinberg, commented: “We at Steinberg are proud that we had the chance to work with such brilliant people in this amazing studio on this project. The result really speaks for itself.”

Visit www.steinberg.net/nashville for details on Nashville.

The VST Sound Instrument Set Nashville is exclusively available through the Steinberg Online Shop for 59.99 euros, including German VAT. 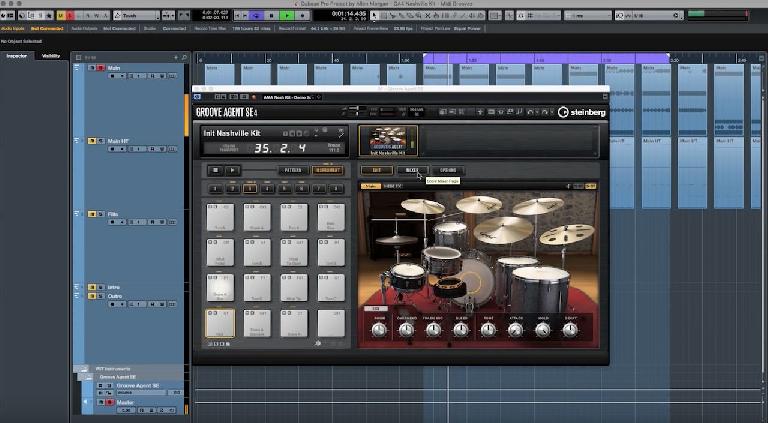 Features at a Glance