Ultra-realistic, dynamic polyrhythmic scores with ultimate control can be yours with this new collection from Spitfire Audio, available at a discount for a limited time.

The Doppler Effect is the change in frequency of a wave as the source and observer move toward or away from each other, for example, what you hear when an ambulance passes by, or the red shift in light observed by astronomers. We have recreated this by recording notes that grow, bend down by a semitone and die away, so they sound like they are shooting past you.

Our shards grid is inspired by light particles, reminiscent of shards of light, or the light spun out at the creation of an accretion disk. The result is swells of sound that rise dramatically in dynamic until they stop dead. 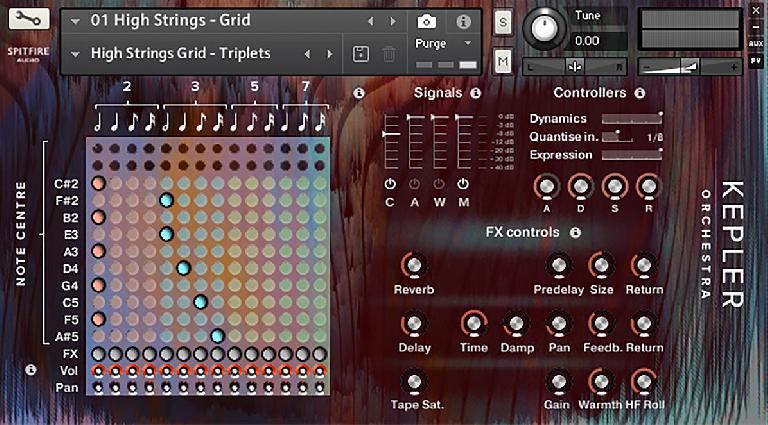 Our momentum grid is inspired by light wave interference theory — notes that increase and decrease in both speed and dynamic, from pulsing to accelerating.

The Warped section contains thirty contrasting sounds to add an extra layer of cosmic depth and atmosphere to your polyrhythmic compositions. Each of these sounds was produced using the organic sample content from the library, designed to add unique depth, texture and atmosphere to any composition. Some samples were made using granular synthesis, while others were pumped through outboard gear, distressors, reverbs, saturators, and guitar FX pedals to create something completely new and original. Presented in our Mercury synth, all of the controls are assignable to your control surface, giving you the immediate ability to make our sounds your own.