LONDON, UK: Spitfire Audio is proudly reintroducing eDNA EARTH — enriching its epic collection of synthesised orchestral sounds created from ten years’ worth of widely-used, wide-ranging organic orchestral live recordings with which it has made its notable name as a British music technology company that specialises in sounds, this time warped or morphed into different textures and amazing state-of-the-art electronic soundscapes, served up via an easy-to-use, ultra-controllable GUI giving access to all areas of new sonic experimentation, enhanced with support for Native Instruments’ NKS extended plug-in format for all virtual instrument developers.

Musically, eDNA EARTH has been created with film, TV, and games music in mind, offering endless inspiration to the next generation of media composers.

eDNA EARTH is based around a collection of 1,900-plus basic instruments, mangled into over 1,000 custom presets professionally programmed by the talented team at Spitfire Audio during several months. The proprietary eDNA Engine — a sample-synthesiser powerhouse that can combine two sounds and modulate between them with envelopes, filters, and wobbles per sound, as well as a gate sequencer and a selection of go-to effects — driving those hard-won results is, itself, effectively user-driven by a GUI that’s as easy on the eye as it is easy to use, ultimately allowing for a wide range of genres and cinematic settings.

Simply select by sound type — Atmos, Bass, Drones and Scapes, Drums and Percussion, FX, Keys, Leads, Pads and Strings, Sequences and Plucks, or Synthetic Orchestra — and play. Put it this way: with such depth of content — from beautifully refined dynamic crossfades to turbo-charged tempo synced, gated, and phased wonders — readily accessible, anyone playing each carefully crafted sound for only 30 seconds would need 15 hours to listen to each and every instrument and patch available! And that’s before tweaking to make more of their own. 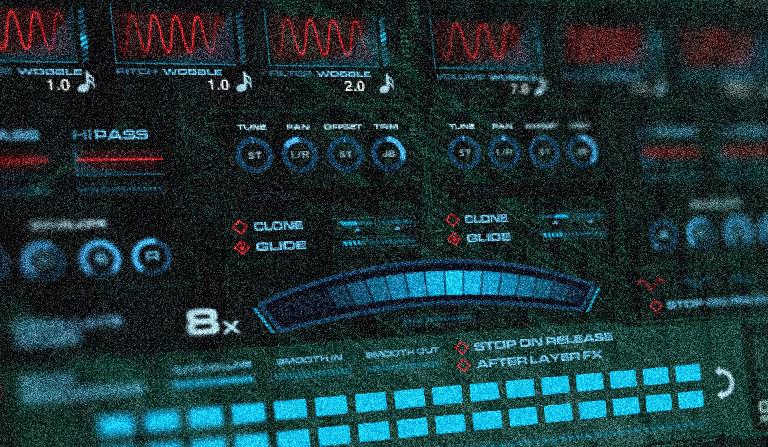 On top of that, the eDNA Engine itself is made up of seven so-called ‘cartridges’ — each curated by a different composer or engineer, each focusing on a distinct sonic style; perfectly positioned presets abound — all arranged by sound type, but users can also browse by cartridge, both from within the eDNA EARTH GUI or directly from Native Instruments’ cutting-edge KOMPLETE KONTROL S-Series keyboards and MASCHINE hardware, thanks to that newly-implemented NKS support… no mouse or trackpads (necessarily) needed!

Next is DARK (series of chaotic, frenzied, dystopian sounds — from searing leads to super-fat basses and atmospheric, eerie pads, suitable for the grittier end of dance music while also adding edge to hybrid blockbuster and trailer work); RETRO (mainstream zeitgeist synths and patterns by resident Spitfire Audio sonic wizard Stanley Gabriel, adding an extra dimension to pop and dance music); TRANCE (EDM classics and next-generation dance, rhythmic synths, and epic drops, taking users on a journey from quirky 8-bit vintage game console sounds through to ambient techno and minimal house); and WARPED (ever-changing soundscapes — hold down a sound and move the modulation wheel very slowly, since such sounds are programmed to morph beyond all recognition via vibrant shimmering paths).